Here is my goldfish pond in happier times. That is, prior to the people putting in the eavestrough [see: Our eavestrough replacement]! The pink phlox was so pretty! 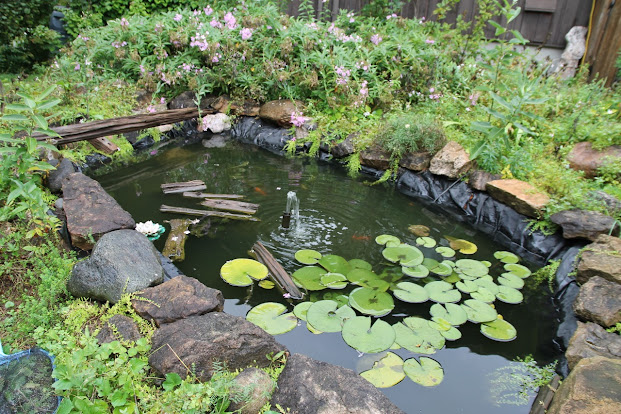 I managed to find the missing piece to the pump, but it fills with pond muck so much it requires cleaning every couple of days. What do I have to do, though?! I am retired. 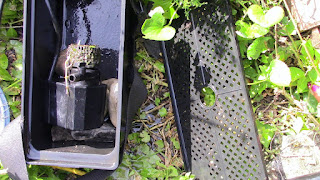 I spent an afternoon pulling out dead branches, and cleaning this garden, as well. I had forgotten about the workers who installed the eaves, and wondered if that's why my phlox have died. I hope the phlox come back next year. The rose bush seems to have died, as well. 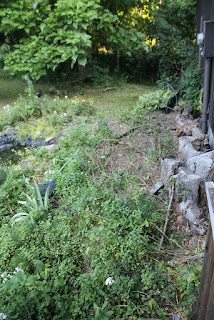 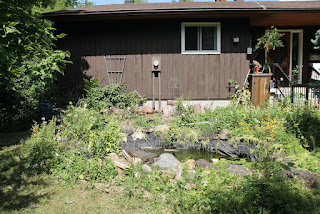 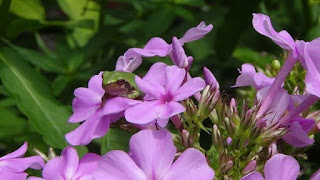 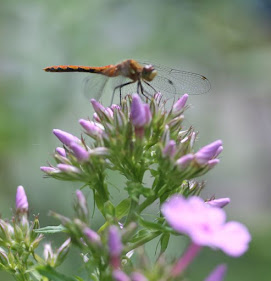 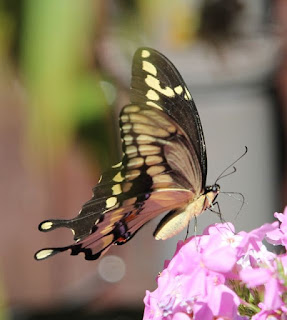 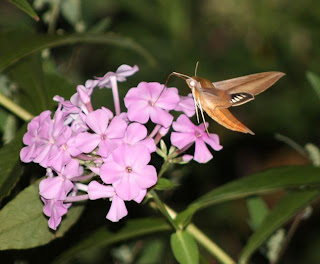 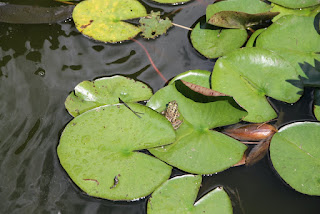 The backyard looks crisp. The Viper's Bugloss has gone to seed. The goldfinches love it. 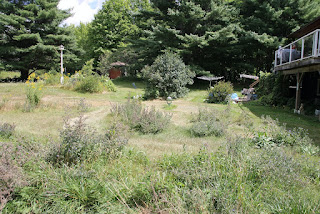 Fred groundhog is a hoot! 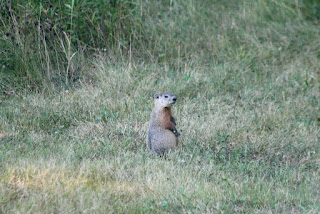 I captured me doing the lawn! I avoided about 15 leopard frogs, sitting in the longer, moist grass, as well as a wee garter snake. 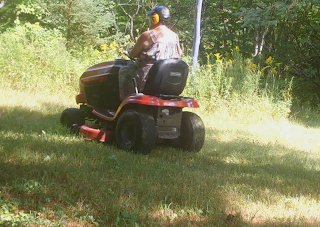 The beautiful, aromatic Asiatic Lily attracted the hummingbird. You'll have to use your imagination, again! 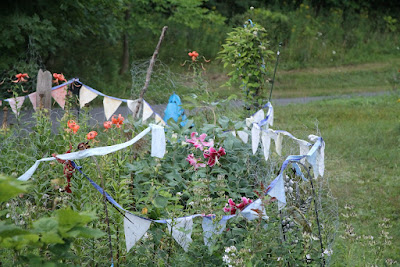 We are desperate for rain, as is the way in August. I was hopeful yesterday, but it was an unusual front coming in from the east. Normally we get it from the west or north west. 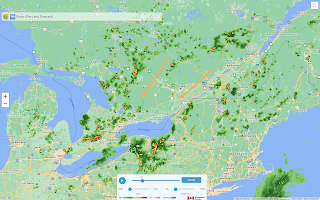 ...this time of year, the phlox are fabulous.

Yes, we could use rain again but don’t need a deluge like last time.

I love a yard with a water feature.

Hari OM
Abundance is the word that came to mind... YAM xx

Many gardens down here are parched with plants dying. Even some trees have droopy leaves.

Frogs and snakes :) I'm jealous! You do make me re-evaluating my little patio with an eye towards some kind of little pond. Hmmm... :)

Fred has it made.

I love your pond, even if it is regular work. And Fred is cute. Was just watching two squirrels play on a log pile while a third kept watch. Ah, maybe that's where I should point the cam next.

I have to look out for cottontail kit nests. The mom's like to embed them in the yard. The blade wouldn't get them but I avoid them anyway, it would seem terrifying to have a blade whirling around an inch or two above your head.

What a great lot of plants and animals to tend to! You're doing quite well, I'd say!

How I love your garden and your critters. And how I wish that workmen didn't often cause so much damage in the garden. And sometimes the house.

I love your pond. That has to be a lot of work and I admire you for it!

Your pond is beautiful.

I am determined to catch up with what I have missed while offline or sick from the heat. It may take me all day, but I am determined.

It's hot and dry here, so I can relate to dead parts of your garden. Sounds like you need rain as much as I.

Phlox seem to be reigning in the gardens right now & oh so many colour varieties about. Thankfully we in our region finally got about 30 minutes of rain yesterday, could have used hours more, but you take what you get & say thank you ...

You have such an amazing assortment of wildlife. What fun!!!