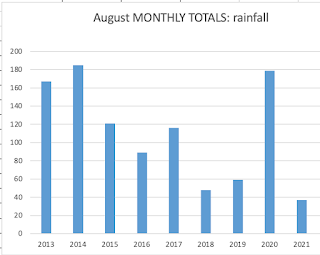 What a relief! We had rain. Finally. There was thunder and lightning nearby, but the storm seemed to skim to the north of us. Even Ottawa had rain. 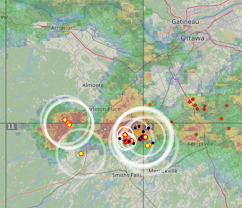 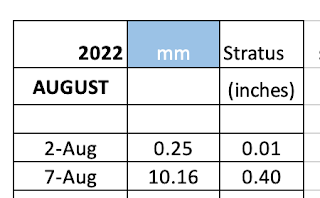 I was so excited. It looked like we were getting rain. I followed it on the radar, and satellite maps.

I was really disappointed. It was a huge storm, with lightning strikes everywhere. I have found that the lightning map gives a good indication of the direction of the storm. 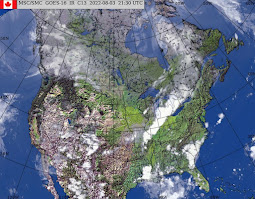 The rain predictions were hopeful, but terribly wrong for us! The clouds tend to peter out over the land after picking up moisture from the Great Lakes. 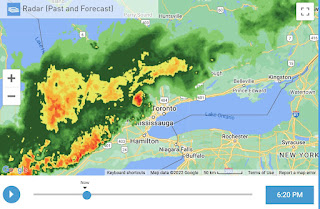 Elora, Ontario, had what looks like a tornado. Some from that way posted a video. Lots of trees were down. There were power outages. 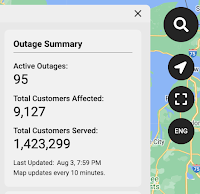 Today, clouds. I don't know if I should water or not! We didn't even have enough rain to gather in the rain gauge. It all petered out as it moved across the continent.

Elora had a tornado.

Very busy day in the Guelph-Fergus area. My SW end of the line has been visually interesting, but nothing like what we saw in Fergus. @weathernetwork #onstorm pic.twitter.com/3IVvPnBCPB

Hi Jenn, caught up on your posts now. I can ditto most things here. The heat was awful, wasn’t it. And now so much cooler again. But everything in the garden is growing and birds and hummers are humming. Still something hanging over our heads as the numbers continue to rise here in On. Do you have many trilliums on your property? Glad you two are walking.