It was a lovely day, Saturday, June 11th. After watching the Rideau Lakes Cycle Tour motor on by, we headed to Beckwith. It is a great park for kids, first of all. 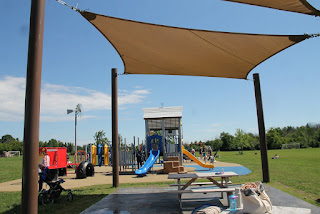 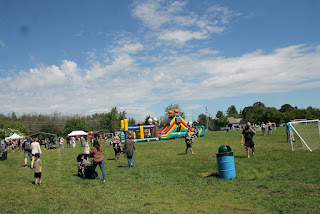 There were monarchists there, and historians for the area covering the early settlers. 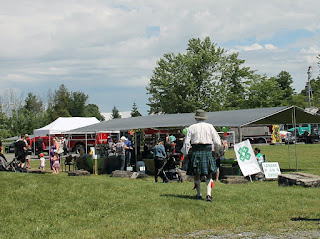 The fire trucks were there for the kidlets! 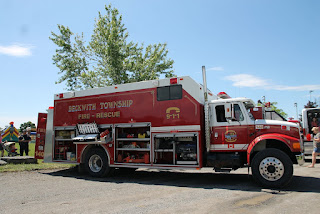 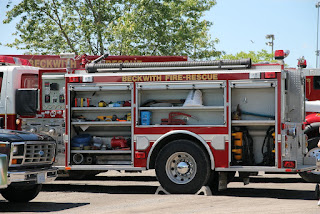 They'd cut ice in the area, and use it over the summer. Big trucks and little trucks for the kiddies. 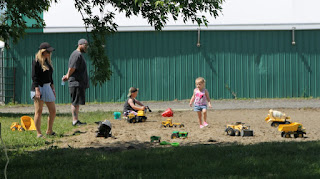 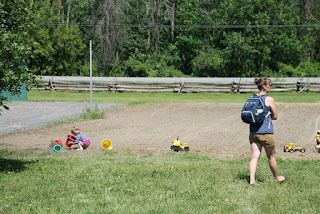 I met Maureen Bostock. She works tirelessly on the Lanark County Neighbours for Truth and Reconciliation Committee. The group helped convince council and a landowner that we cannot change the past, but we can change attitudes and mind sets. "When we know better – we do better," 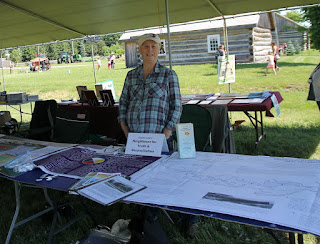 'An Indigenous encampment was here when the first Europeans arrived. With a lookout, sheltered landing and deep water it was a perfect campsite. It became known by settlers as Squaw Point, a name which came to be an important reminder of the presence of Indigenous people on the Lake but is recognized today as a slur. In 2021 at the request of Algonquin elders the name of the point and the associated road were changed to "Ikwe", the Algonquin word for woman, retaining the historical significance of the original name but in a respectful way.' 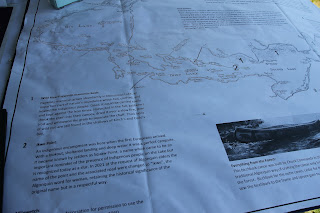 We picked up these buttons. 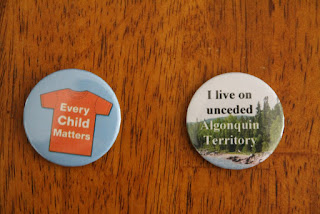 We spoke of the Perth Healing Forest Memorial in Last Duel Park. The David Suzuki Foundation sponsors these projects. 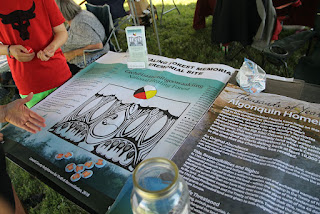 The wagon rides were popular. JB loves his horses. 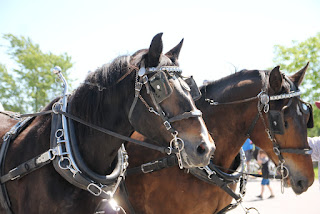 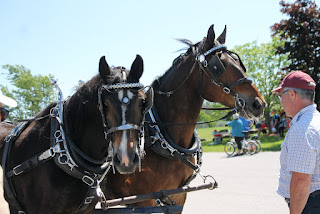 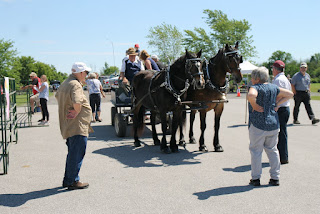 There was an Osprey nest across the road. They were quite agitated with all the people around, but did swirl around overhead some. 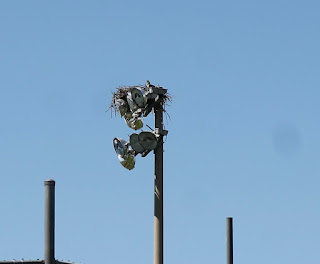 As we left town, I noticed antique cars, preparing for the parade! There were lots of peeps on the highways and bi-ways. We headed for Rideau Ferry for lunch on the patio. 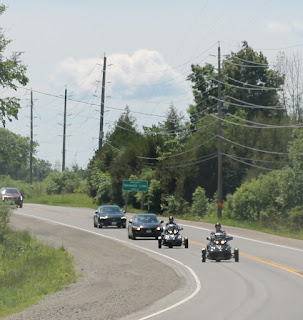 Hari OM
What an interesting outing for you both! I am again reminded of similarities between Canadians and Australians - well some - with the 'awareness of country' and settlement... YAM xx

What fun! Thanks for the vicarious outing :)

So glad to hear the name has been changed to Ikwe Point! Very good to acknowledge our benefits from the Indigenous Peoples...called Native Americans below the border. Great fair...the kind of thing I used to love to attend with my children.

Hooray for doing better. And it does look like a delightful place and day.

That looks like a great day out for both adults and kids. The fire truck is magnificent. Over here there are the usual people trying to rewrite history but the majority take no notice of them.

This type of event is at the heart of our communities … family fun (with some historical education thrown in) seems much like the pre-pandemic days.

A lovely day thanks for bringing us along

It’s around the corner, but I ave never bothered myself to go.

Quite a day to be out.

Those are big horses.

You had a great afternoon! The festival looks like loads of fun and interesting, too. Especially for the kids. Our littles like those trucks!

A fun day and I can see why the waggon rides are popular ...

The term "squaw" has an interesting history. It came to be used as an abominable epithet for First Nations women, but as I understand it originally was an honourable term, and some scholars actually made an attempt to restore it to its original meaning. Sadly, it will always have a negative ring to it. Years ago the name of the duck known as Oldsquaw was changed to Long-tailed Duck, a small step forward but an important one.