Monday, after breakfast, the girls settled in to read and draw. I asked if they'd done their teeth. Nope. Virtual school begins at 9:00. I asked if they wanted to do their teeth now, or wait until 8:30. They chose to wait. No worries.

Grampa and I were working on his PSA test, on the phone with a Life Labs manager (twice – more on this another day). The time slipped by. By 8:48,  noticing the time, I said they best hustle to log in. They rushed downstairs to do teeth. ("Or Momma will rip my head off!") Wednesday, it'll be done right after brekkie. They agreed. The school bus was about to leave.

Grampa:  "Are you girls OK getting down the hall on your own?" 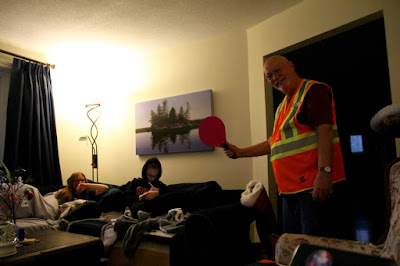 All was well. Grampa went off to his foot clinic. I worked out, then visited the trailcams.
The frog pond is rather damp. 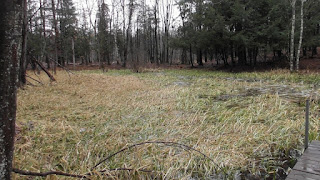 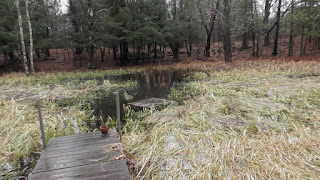 On the way back from the pond, I noticed a paper wasp nest! 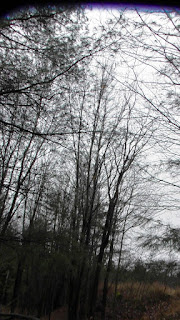 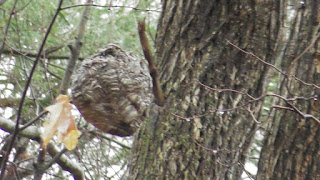 Back up at the house, the bullfrog I've been looking for in the goldfish pond, arose in the mild temperatures. I wanted to pop him in the pond. I thought we were done for the year, but it has been warmish. I've put 4+2+2+2 frogs back in the pond, plus 2 more Nov. 21st. One more today, the bullfrog. That makes 13 frogs I've moved. It's good exercise! They are so dark in the cold. 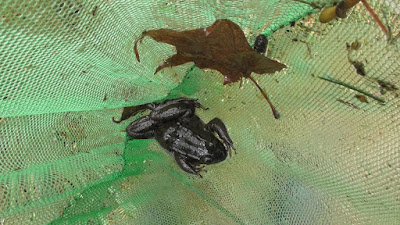 Here is Geraldine, who met her demise in a horrid year of freeze/thaw in the goldfish pond. I felt awful.
She was enormous. She was amazing. She was 460 gm. [Bullfrog weigh-in – a challenge] 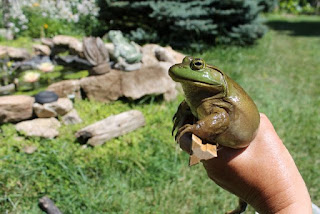 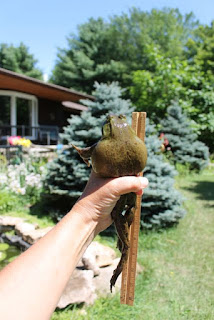 We used to catch frogs in the pond at the cottage. This is my brother. We don't communicate much. He lives in Campbell River, B.C. 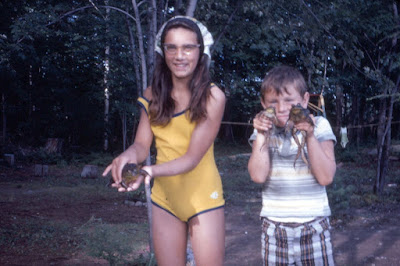 OK, back to business. Izzy had a Girl Guide meeting, so dinner was quick. We were to make Choux. You fill them with whipped cream, or ice cream after. That's the theory. 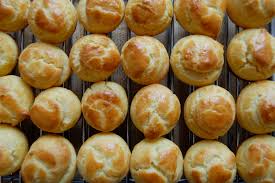 We read the details in advance. We watched the How-To video. Prepared the kitchen in advance. Measured out all the ingredients in little bowls (the way the TV chefs do). Izzy and I were ahead of the others in the virtual meeting. I'm glad we watched the video. 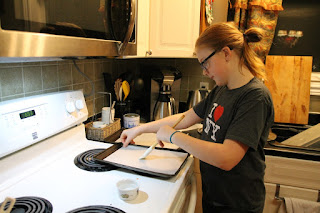 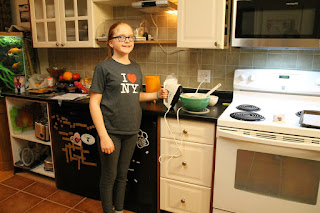 We piped them out, and they all just flattened. I think it was the flour. It was supposed to be white, but apparently their mémère uses whole wheat flour in her recipes, so it should be fine, Isabelle assured me. 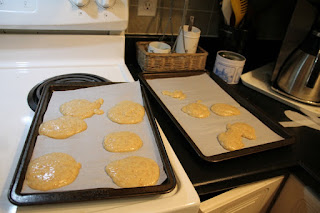 We laughed so hard. It didn't look that difficult! 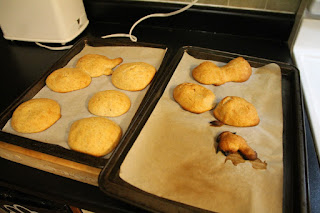 It was a wonderful moment with her. We had a good time. 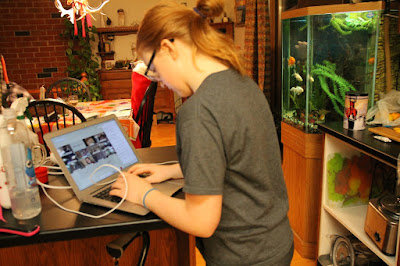 While we worked, Jos and Grampa and Cinnamon watched Border Security, Jos played with the cats, and then they rested. 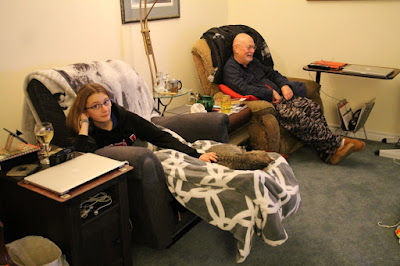 We were too tired to build a fire, so I put on the little room heater. What a day!

...I hope that you are all staying warm!

I hope the PSA thing (whatever exactly is going on) works out.

Hi Jenn ... I love that you are trying to save as many of the frogs as possible .. my husband says there are gigantic ones at his golf course. It is amazing how big they can get isn't it ?
That is too funny about the pastry .. yes, you are having very busy days but they are fun and great memories for the girls.
Take care and stay safe ;-)

I guess the Guides have continued on through all of this. I know they had some deal with at least one of the stores here to sell cookies on their behalf, so I bought some boxes.

On line classes really put the discipline on the kids so that they keep up with things.

Jenn - that is a HUGE bullfrog! And I had to laugh that you called it Geraldine ... so sorry she met her demise.

So glad you were able to laugh at the cooking challenges ... especially with kids. Otherwise, there's a chance that it sucks all the fun out of it!