It's beautiful out there!

Nutmeg still isn't herself, she's gone back to the vet. I've been holding off on her saga until it was resolved, but it's not. She's still got a low-grade fever.  This is a lousy photo with my phone. She's just not right yet. 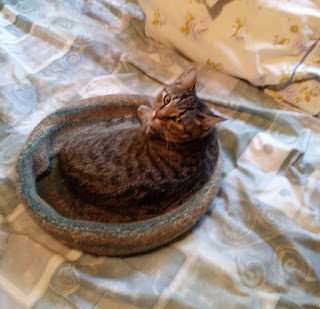 The arbour looks pretty, the maples are beginning to turn. 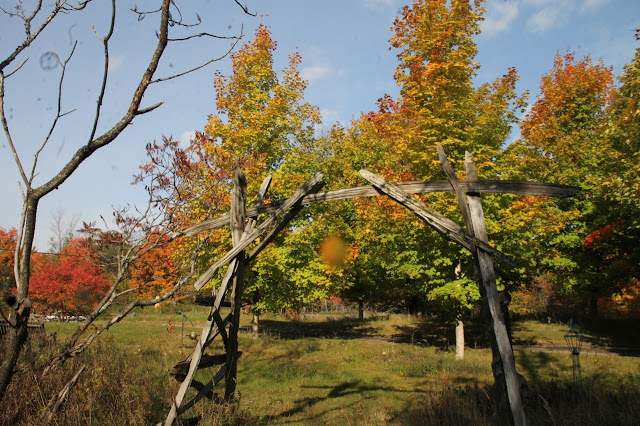 Look up, look way up! 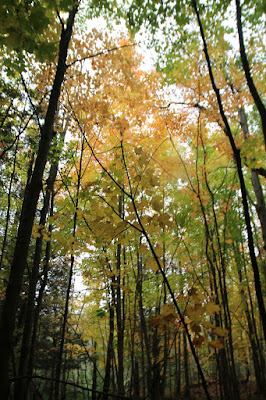 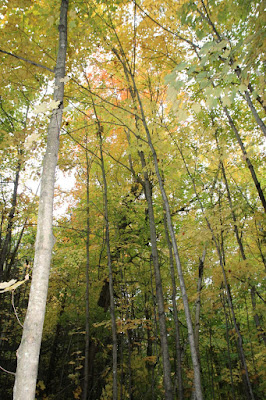 I went down to the bridge I made, which leads to the island in the middle of the wetland. Sadly, the boards are rotting, and I'll need my rain boots to venture forth. 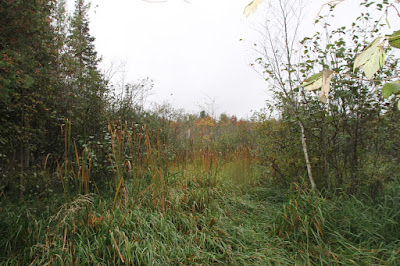 This is the partly finished bridge, back in April, 2012.
I made my way down to the forest, having just heard a big tree crash. It was this one! A dead birch. 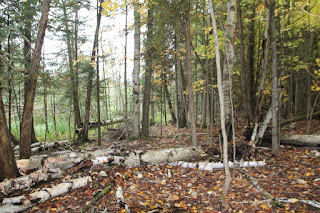 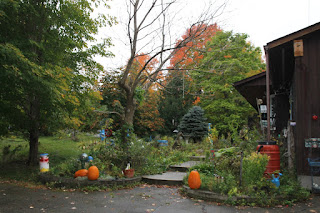 I haven't seen so many crickets ever. This is why, I think, we don't have any garter snakes in the goldfish pond. Too much food everywhere. 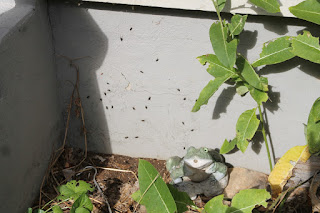 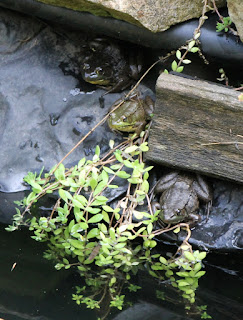 Then there is Cinnamon. I put the wood in, as a raccoon tore up 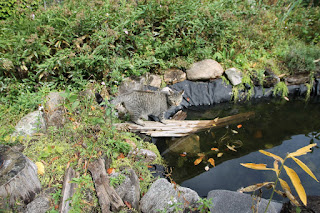 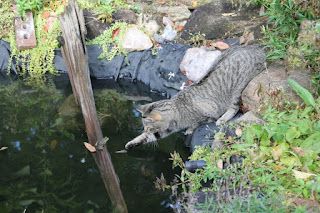 I keep waiting for him to fall in, but so far so good. The frogs are pretty wary, except for this one!

Cinnamon from Jennifer Jilks on Vimeo.

The fisher was back. I captured it on both trailcams. This is not good.

fisher 1 from Jennifer Jilks on Vimeo.

I hope the cats know to stay away from the fisher. Oddly enough, I had never heard of fishers until I moved to this area. I think my first realization was seeing the stuffed one at Wheelers.

Hari Om
We are starting to see some proper colour here too... sorry to hear Nutmeg on the downer; POTP for her! YAM xx

Autumn is beautiful in your utterly amazing “yard” (more like a forest...what a lace to live, it’s wonderful.). (And I admire you for the hard work that keeps it that way.) I hope your kitty gets better soon. Cinnamon is so cute playing with that frog (the frog isn’t too smart though!)

Your woods are so very beautiful. I can almost feel your crisp Autumn air. I hope Nutmeg will feel better real soon.

...it sure is, we look similar here. Today we drove to grape country to buy some more grapes.

Lovely deer photo at the top of the blog today. I have not seen many lately.