What a crazy month for weather! 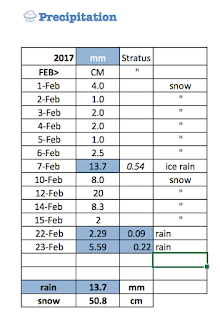 Colorado low brings rain to some, snow for others in Ont. Potential for temps to reach mid-teens before drastic drop https://t.co/THQAch52tK pic.twitter.com/hyPYRBu6Pe
— The Weather Network (@weathernetwork) February 28, 2017

It IS awful. Thunder and lightning, and rain on top of the snow. It's horrid walking in the forest. The water is  just rolling off the snow, into the gullies and ditches. 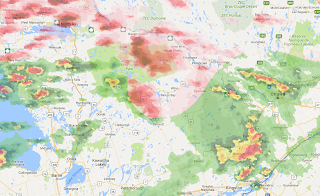 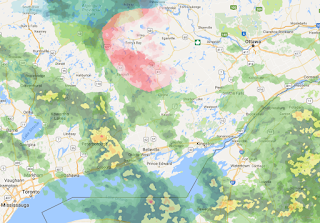 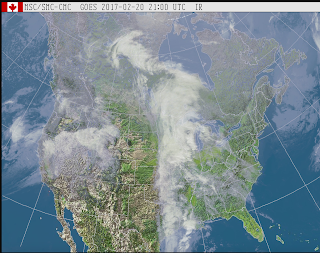 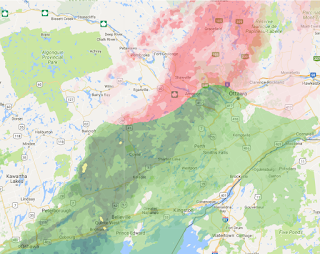 "Ottawa has received nearly 54 cm of snow this week, but get ready for a big melt in the capital."

We haven't had nearly that much, but we have enough! Yesterday it was -15 C. when we left the house. Today -5, and now, at noon, it is 5+!
Ottawa gets the Lake Effect Snow, moisture picked up from non-frozen lake surfaces.

Feb. 12 – We did the driveway several times!

The roads were terrible! TrackMyPlow showed many trucks out there working. 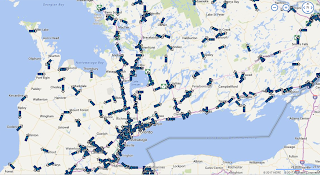 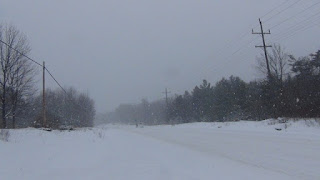 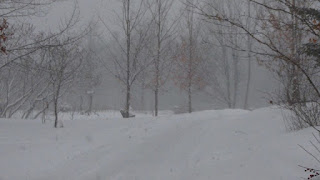 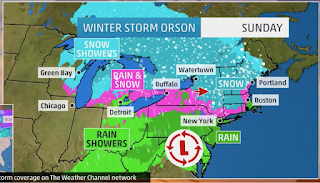 This morning our thermometer says -17 C. It fooled Daisy who went bounding out before she tested the waters, so-to-speak. I'm looking forward to Mr. Sun.

I collected the ice pellets, just for fun, and melted them down.

A school bus with 25 kids inside fell in a ditch in La Presentation, in the Monteregie, because of icy road. NO one injured @Global_Montreal pic.twitter.com/jVIWDsrf5y
— Yannick Gadbois (@yangad77) February 8, 2017

A school bus with 25 kids inside fell in a ditch in La Presentation, in the Monteregie, because of icy road. NO one injured @Global_Montreal pic.twitter.com/jVIWDsrf5y
— Yannick Gadbois (@yangad77) February 8, 2017 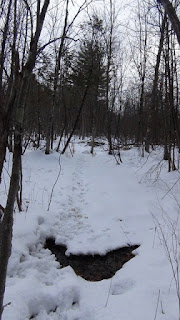 It's been a glorious start to the month. Cold enough to walk on the wetland. Wetland walkies: World Wetlands Day. A skiff of snow, here and there. The wetland water levels have gone done. When you take a step, you fall a bit. 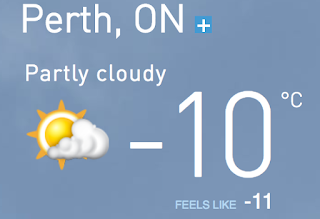 It was definitely an odd month weather wise.

our weather has been all over the place too!! we were suppose to get hammered with rain yesterday and we got nothing!!! thanks for letting me know about the spam, i had not seen it!!!