There is no way to figure out WHO took these photos. They float in cyberspace on Facebook, posted and reposted, with many making photo collections they have scrounged.

I would like all to know how hard all of these towns are being hit by this runoff and rainfall.
Monday, April 22, 2013
Seven cottage country communities have declared emergencies, including Bancroft, the Burnt River area of the City of Kawartha Lakes, Minden Hills, South Algonquin Township, Hunstville, Bracebridge and Markstay-Warren. Last week, warm weather combined with more than 50 mm of rain caused waterways to rise rapidly.

There are many towns, not just with cottagers, but people who live here year-round, and depend upon the tourism in a three-season economy. 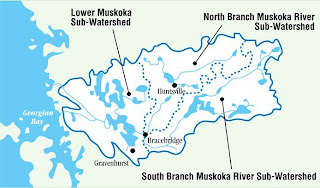 For that reason I thought it important to demonstrate the magnitude of the damage, especially since I've been blogging about Muskoka for so long. When I lived there, I was the Muskoka blog queen!
The stories are very sad.

" There is one woman who is drying out her photos and is thankful to have just gotten those out of her house. She says the memories she has from all the trips she has taken, of everything in her house other than family and pets her photos are all she wanted to get out. She had 3 boxes of waterproof photo boxes and those were all fine, but one box just in a large shoebox of photo`s needs to be dried out."

Some are funny.
"best flood story so far -- Terry Glover saw a fish swim across Brunel Road at Baysville." 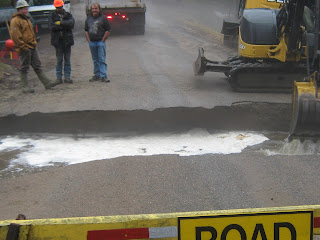 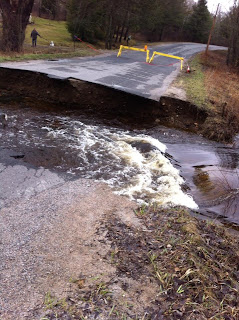 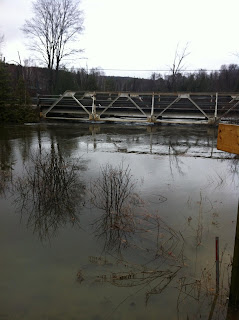 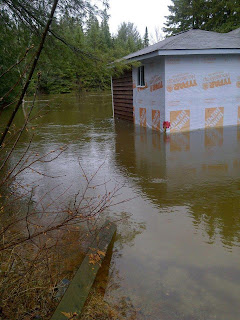 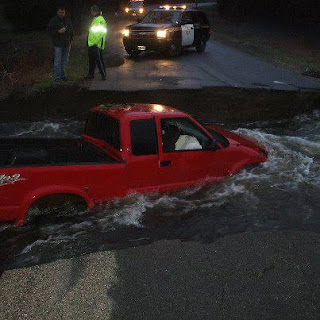 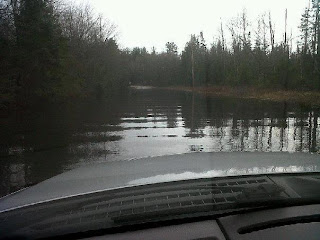 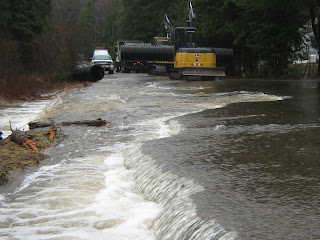 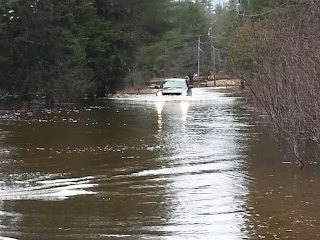 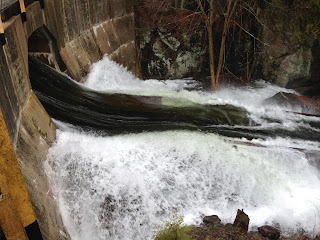 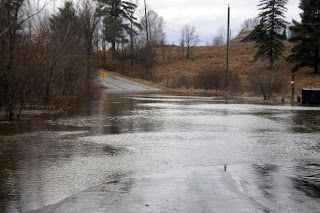 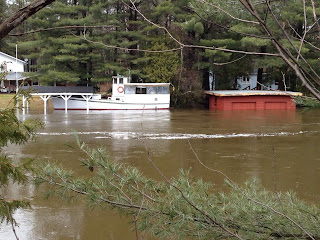 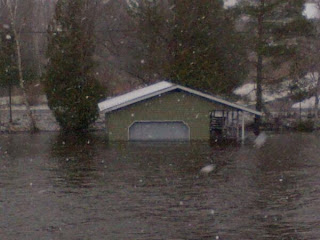 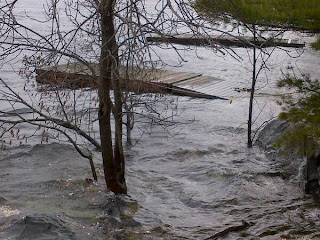 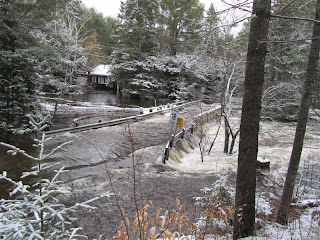 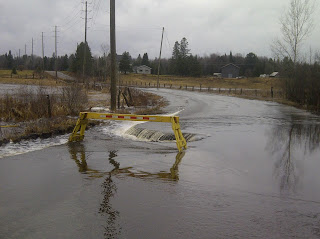 This is awfully sad. Most flooding is caused by the clearing of ground cover like forests and draining wetlands which would hold water. Too many times drainages are turned into ditches to make the water run faster and so it will flood. The brains who make the ditches haven't figures things out yet.

Gosh I hope everyone is safe there and that the flooding has gone down.

Thanks for posting these pictures in one place. I was trying to get an overview of the damage, having caught glimpses here and there, and in the midst of all the other idiocy and shootings going on elsewhere. This collection shows the terrible damage and the destructive power of water. So very sad to see it all together! Thank you for the trouble of collecting and adding them all here, to impress the damage in that beautiful area. I hope repairs will be underway soon, with better draining ideas in place.