RULING: going nude through TIm Hortons drive-thru is against the law! 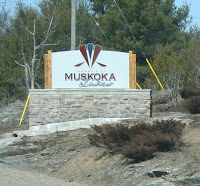 I have followed this story with interest. A man driving nude through a Muskoka drive-thru: twice: Tim Hortons and A & W.
The court has finally come down with a judgement: GUILTY! I am relieved.

18 hours ago – Brian Coldin was found guilty of partial nudity that offended public order... At Coldin's trial, A&W and Tim Hortons workers testified he was nude
You don't need to read it all, to determine that this is arrogant. Just read the news headlines!
I am so happy that the judge has ruled this way. For young kids to be exposed to naked men in public is really shocking. This is a win for the public.

Here are my two posts, with more info:

1. Public nudity - save us from them!

2. Watch yourself at the drive through!

I wonder why a famous lawyer, Clayton Ruby, defending a case feels the need to write a Letter to the editor: There's no harm in nudity ?

I believe that we cannot determine the intent of Coldin's actions. Walking around his property nude, while he was in a park, is a slippery slope. There are sexual innuendos here. He and his 3 male buddies, went through the drive-through nude. What's with this? As a woman, dealing with the fear of walking about alone in the dark, I could easily feel scared. As a child I remember walking through a Toronto park, shortcut on the way home from school, and seeing a flasher, or seeing a man sitting in his car on a downtown Toronto street, flashing his penis for me, a youngster at the time. Those were sick people. Can we imagine that this man is any more sane?
Here is one excerpt from CottageCountryNow.com:


Shock, tears, as nudity trial begins
Court also heard today from Arlene Corbett, who was working as a supervisor at the Bracebridge Tim Hortons’ drive-thru on Depot Drive in May of last year. She testified that a young employee working alongside her that day turned away from the window and exclaimed “Oh my God, there’s a naked man.”

Court heard that Coldin and three other naked men had ordered coffee at the pickup window. Corbett said she knew Coldin from previous business dealings, and gave the men their order, along with some stern advice. “I handed him his coffee and told him to cover up the next time he comes through or he wouldn’t receive any service,” said Corbett. “He half-smiled at me and drove away with his coffee.”

According to media reports from the trial’s opening day, a woman working at the Bracebridge A&W drive-thru testified seeing Coldin and two other naked men drive up to her window in the spring of last year. The woman was in tears as she spoke to the court, media reports sai
d.
Another witness told the court Monday he and his family were visiting the High Falls park area when they came across Coldin naked. The man said he took a photo of Coldin to show to the authorities, and Coldin demanded it be deleted. The stressful encounter made his young children cry, he testified.

Court | Dec 01
BRACEBRIDGE — Brian Coldin spent the morning in the hot seat...
Arguments on the case resume on July 5th, 2011.

Love you title! And all I can say is Thank God!

Oh for heavens sake! Some people have no common sense!

If this guy and his friends have been caught at it more than once, then they're lacking more than common sense. They're obviously doing it to shock and offend, and probably enjoying it entirely too much.
I'm glad the verdict was guilty. Timmy's and The Dub are not nudist colonies. Yes, nudists have rights, but their rights do not extend to horrifying women and children enough to make them cry.
K