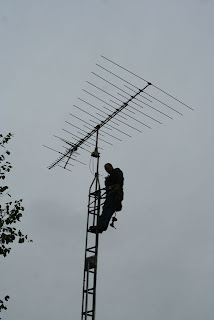 I joined my local group, at the suggestion of my clever daughter, and have passed on a 14' TV antenna, and a Canon Rebel G camera that requires 35mm film.

I've been so happy with this site. They write:


Welcome! The Freecycle Network™ is made up of 4,864 groups with 7,603,875 members around the world. It's a grassroots and entirely nonprofit movement of people who are giving (and getting) stuff for free in their own towns. It's all about reuse and keeping good stuff out of landfills. Each local group is moderated by a local volunteer (them's good people). Membership is free.
Ever seen so much stuff? 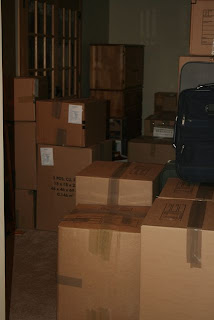 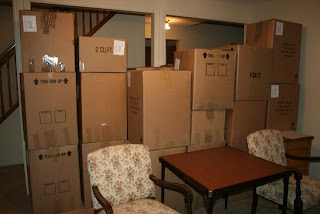 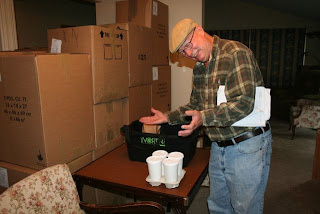 Having purged our 'stuff' we realized thing we needed and didn't need. We donated a table and chairs to Habitat for Humanity. Gave dressers to granddaughters.

Eating off of the cardtable was a hoot.For a short period of time.

It was delightful having excuses to go out to dinner, though! 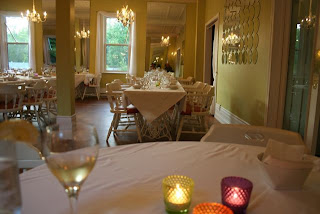 The Bala Bay Inn is now closed for the season. Never did see its ghost!
Posted by Jenn Jilks at 08:02

My dad is a firm believer in Free Cycle. We have all benefited.

A few summers ago we went kayaking on a Thetis, one of the smaller Gulf Island in Coastal BC. They had a community bulletin board at the ferry terminal that had a local, home grown, free cycle. People listed what was available for free. Disposing of unwanted items is very costly since everything that come on the island must also exit by ferry. Freecycling and donations make a whole lot of sense. Thanks for the tip. - Margy

You have probably seen this but if not enjoy
http://www.youtube.com/watch?v=MvgN5gCuLac

This is my favourite routine of George Carlin's! Bless his heart. He was pretty trash mouth in his latter years, I saw him in Ottawa. But his newer 'stuff' was fabulous!

It's one thing for a comic in his 20s, or 30s, but by age 60 you oughtta have a better vocabulary, and a more sophisticated routine than that!