New Note To Self 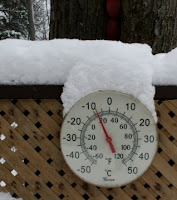 Don't give up! Don't ever give up! 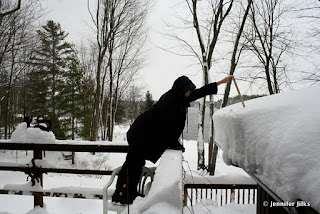 After shovelling the roof- it snowed again last night, with more on the way!


Take it easy out there, people.

The lake has a lovely layer of snow on top, with -10º  C. temperatures last night. But it won't last for long. The lake stays at 4º  all winter underneath the ice. 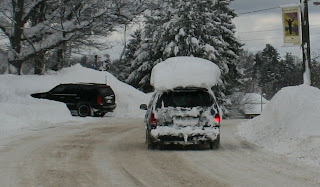 My cottage roof has another layer of snow.You can see the left side that I cleared yesterday, with another fresh layer of snow.
Good thing I'm young and strong [*wink, wink*]...I only have a little more to do of the deep stuff.
["Don't criticize the coffee, you may be old and weak some day!"] 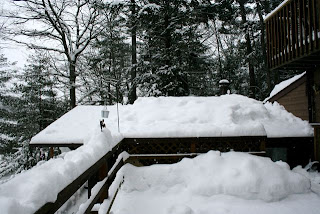 In trying to find total snowfall, I came across this article from Apr. 2, 2008:
"At 546 centimetres, or just under 18 feet, this year’s snowfall is now the second highest on record for the area and the most since the winter of 1942-1943. With only 20 cm separating 2007-2008 from the all-time record, Phillips said this may end up being the snowiest winter ever recorded in Muskoka." 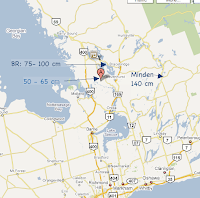 Thanks for the Shout Out, Ed! People were fabulous! We still have people without hydro, mostly where the dump was worst (Minden = 140+ cm). The lone line of snow went dead east. See it in the radar!

It's fine if you have your driveway plowed, but the sidewalks are another issue. 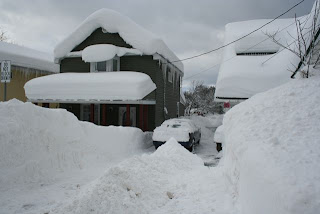 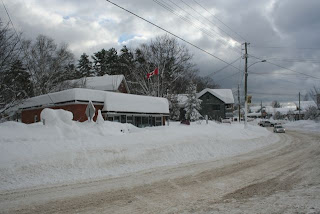 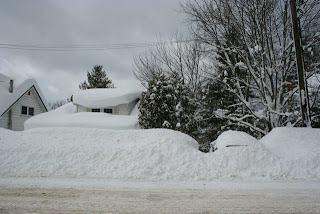 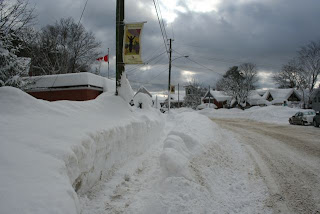 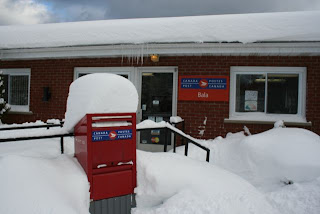 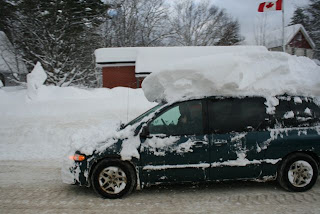 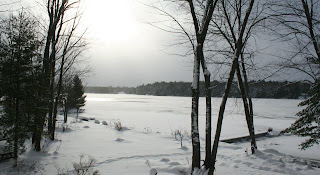 The main roads are good, the side roads OK. But there are many cottages that do not have winter snow removal. The contractors are a week behind with 'regular' contracts, as I tried to refer someone to my guy!.

For a moment, just a brief moment the sun shone between the clouds. You can see the snow squalls in the dark clouds on the right. Thar' she blows!
In the towns, the big deal is parking, and the driving lanes aren't as wide as they should be until the snow is removed.

Jenn: We were this cold but still have no snow to speak of and I'm not complaining a bit.

For your sake and everyone in the area I sure hope it stops snowing,at least for a little while so everything can be cleaned up!!!

You make me feel the Winter!

Even with all that snow you found the secret to hope by planting those bulbs!

Your doing a good job of keeping the snow up there.

Wow Jenn. Take care of your back. What a ton of snow you have up there!!

interesting and definitely lovely. thanks for sharing. be strong. hold on. i know you can see it through.

Jenn, don't remind me of that winter! I still think we should have gotten that last 21 cm of snow and made a new record, just to make up for such a miserable winter!