It is the kind of headline that gets me going... 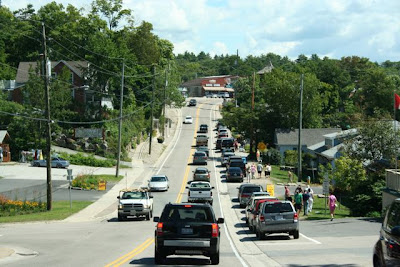 Over 50s 'needing to work longer'
Almost two thirds of over 50s may have to work longer, as the recession has hit their savings and pensions, a study claims.

In the meantime, in other headlines: it is clever that GM workers vote yes. And GM workers in 4 Ontario cities ratify new deal.

Not a surprise that workers at General Motors of Canada Ltd. ratified a 3rd deal: another 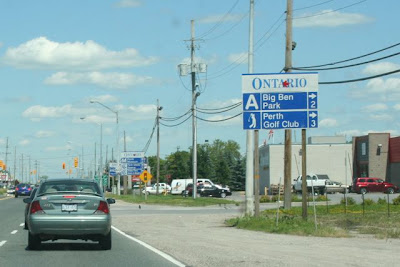 round of concessions in less than a year. GM workers voted 86 % in favour, despite "deep concessions".

Where is the money coming from? Ontario tax dollars, as implied by federal industry Minister, Tony Clement. Yet the above linked article says, "Ontario said there won't be an agreement on who will be responsible for covering the plan's shortfall – the company, provincial taxpayers or federal taxpayers – until a final restructuring plan is presented." I would like some answers, myself. How about you?

Now, I have blogged about this before, simply as a taxpayer, and a citizen. It does enervate does it not? I am beyond anger and frustration. As a retiree, with a pension below the poverty line, I pay over $200 per month to belong to a health care plan. GM workers will pay $30 PER MONTH in health care, and more for Rx drugs. The rest of us chumps who do not have such a plan, continue to look for work (8% of Canadians), do not have such plans, and, fortunately, rely on our health care system. The union, the article says, says hourly labour costs will be lowered to $57 per hour, down $20 per hour from what they were getting.

GM retirees get phenomenal health care benefits. Partly since their US-based negotiators at head offices know how bad the American medicare system is for those without money. The NY Times calls it: "time is about to run out on G.M.’s gold-plated medical benefits."

TheStar.com writes "GM says it can't afford pension, medical plans". No kidding! My husband's idea is to simply give the bailout money to individuals who can create small businesses and work programs. They can get funding to retool, market the ZENN car, for example, if only Ontario would get off its butt and legalize them. Vehicles that use Canadian ingenuity, such as the ZENN car and renewable energy sources.

I devoted my early career years to raising kids. I came late to teaching. I retired early, with a penalty, having burned out caring for failing parents. It seems that I am in the middle, in the sandwich generation. I feel for those getting minimum wage, but at least their low taxes do not go to propping up the automotive industry's pensions. I feel badly for the estimated 300 GM dealers who will close (GM to close up to 300 dealers). But I do not think that the public is happy with this deal. I do not think we can afford to prop up an industry that made bad decisions. We need to rethink and find a new vision of transportation that respects workers, taxpayers, the environment and all stakeholders.
Posted by Jenn Jilks at 07:55

The trouble is, Jenn, that there are loads of folks 'out there' who need to be kept in work if the depression/recession isn't to take even more down. Major industries can be allowed/made to slim down but not disappear altogether or even more of us will be in the mire for even longer. And it does gaul but ......

The government here in Australia has just announced it is extending the retirement age from 65 to 67 years because of the recession etc...It is a current hot topic because those workers in physical labour jobs are saying their bodies just cannot go on working for that long and retraining in their 50s is also not an option. The unions are attempting to block these changes...