Up at 5:30, it was getting light. What can I do?! I was up. I put out the garbage and there was a beautiful fog. You can feel the forest inhaling the moisture and expanding in relief.

The moisture was most welcome. 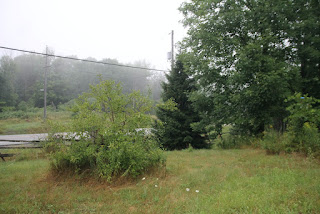 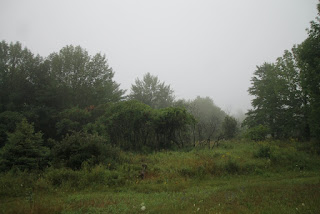 Grampa went back to bed for a nap at 9 a.m. I toddled downstairs to open curtains and wake up the girls.

Cinnamon was lobbying to go out. I ignored him. The cats played tag.

Grampa shopped, now that we had a menu plan. Josephine wrote it out on the chalkboard. Izzy plugged her ears, as the sound cut to her very soul! 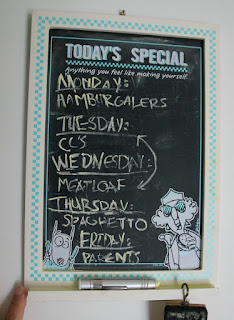 We cleaned out my 'office,' which is truly a storage room. There was loot to find. They ripped the pages out of old manuals I'd had from teaching to put into recycle. A couple of binders with tabs, paper, etc. They found harmonicas that belonged to their great-grampa. It was a great morning project and I appreciated their help. 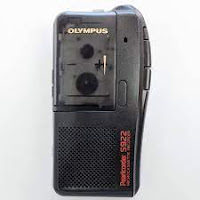 I had an old micro cassette recorder. Josephine wanted it. We found new batteries. On the tape, was a vocal lesson I'd taken in 1986-ish. We listened to that awhile. It was when I was singing with the Ottawa Choral Society. I'd had several lessons with a private vocal teacher. I had totally forgotten it. It took some time to explain how the mini cassette recorder worked, and that they could reverse it and tape on the other side. They made up a radio show on the spot.

Then, we took a break and reading was called for during the rain. Yes, MORE rain!!!! 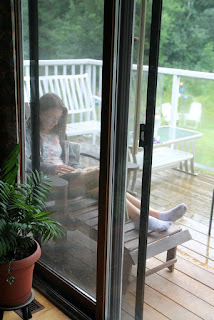 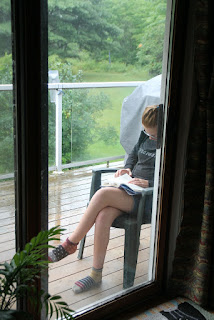 Having posted a photo on our photostream, they asked about it. I showed the girls the wasp nest. It is impressive. I noticed it on Sunday, as the branched bounced up and down in the wind! 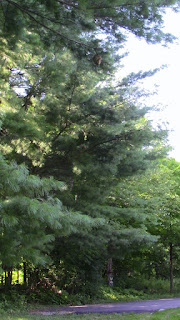 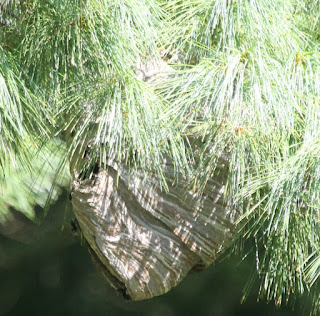 I took three videos of the nest. Here is the first. Depending upon the positioning of the sun, it's easier to see it in the afternoon. Paper wasps 2 from Jennifer Jilks on Vimeo:

Leftover pizza and peaches for lunch.

Dinner was chickenburgers. The girls made a salad for us.

AFter dinner we tried Ghostbusters: Afterlife, but didn't finish it. That will be for Tuesday after dinner.

I had a dumb issue with the pump. I lost the top after I'd cleaned it. I figured it would just run on its own. I was wrong. It's burned itself out. I'll have to come up with plan F. It's dead as a doornail. Happily, with the rainfall, and the re-repaired eavestrough, the fresh water filled up the pond and added oxygen. 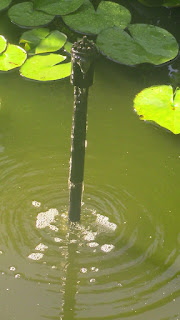 ...when it comes to meals, you sure are organized.

Sounds like a great day. I love rediscovering old gadgets of mine. I had a microcassette recorder that I took with me on trips when I was single. I documented what I had seen and then wrote in my diary about it when I got home.

You must know this place and have probably written about it, but I just saw this post.

So glad you've had fog and rain, for all the trees and plants! Oops, I know how parts of pumps can go hiding. My fish tank pump wasn't tended half as much as it probably should. Now I no longer care for cats, nor fish...but still some plants that do require watering sometimes. Love hearing about your grands, and the weekly menu!

You are always so busy.

The menu looks good. The paper wasp nest is impressive!

As I read this it is just after 5.30 - and definitely not getting light yet.
Sigh about the pump.
Have fun with the grandies - as I am sure that you (and they) will.

Uh, be careful with the wasp nest! How lovely to sit near the rain. Maybe buy two pumps next time? Before those girls grow up anymore, be sure they know how to use an old rotary phone, and about party lines. Linda in Kansas

Your days are very impressive. A shame about the pump

This reminds me that I have one of those recorders. Of course, those little guys will have NO idea what that is! We'll have to take it with us when we baby sit next time. That would be great fun!