The week unfolds. We went in to town to vote on Monday. We did our civic duty.

The kids have been here since Monday, their power went out when ours did on Saturday. The derecho storm (CBC – " it's just a spectrum of wind that affects a long area") could not have been predicted. It just whipped across a wide swath of southern and eastern Ontario.

We are making do. We have power after a long night and day, although there are tricky spots here and there across the region. We were grateful. Even in places where hydro wires are buried, trees have damaged homes. They work on the largest projects first, to get the most people up as they can.

The problem for most people is not knowing when their power will come back. Some do not have access to the Internet, as well as power.

Josephine had some schools projects to work on, but took a break. They both helped me removed some dead tree branches. They pulled while I used the saw to cut the branch atop the ladder.

P.S. The kids are getting taller. Or I am getting shorter! 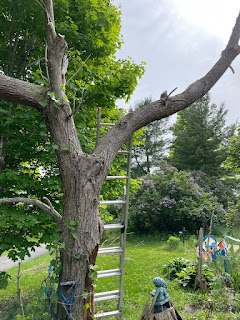 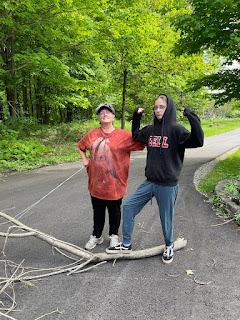 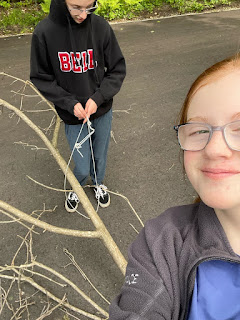 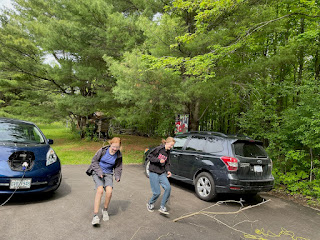 Josephine tried for antlers! I missed the shot with Papa's iPhone. 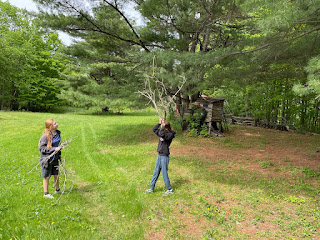 Caitlin was up early for a workout. Grampa was out early for a walk in the cold, before the bugs came out. I worked out in the basement. Josephine slept in! No school for her.

Grampa and Isabelle went shopping. We are just shopping one day and one dinner menu at a time. We don't know how long their power will be out, of course.

Caitlin worked on her laptop in the Muskoka Room. She could smell the lilacs, hear the water fountain, see the phoebes and robins flying to and from the nests under the deck. It's not so bad!

I read on Twitter, in reply to @OttawaHydro, someone was told by a rep that Bells Corners wouldn't be up until Saturday. As of last night, Ottawa Hydro said they still have 53,000 without power. Southern Ontario has 67,428 left to bring back online. We carry on! 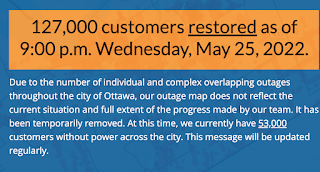 To catch up on the Critter Tails: The House Wren has filled the bluebird nest box. 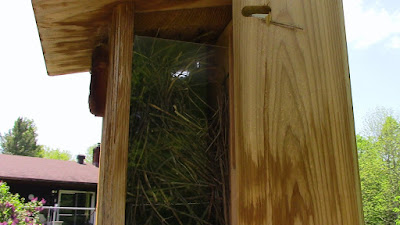 I signed myself up for Project Nestwatch for the phoebe and robins, but I don't know how I will see if there are eggs here, nor how many! 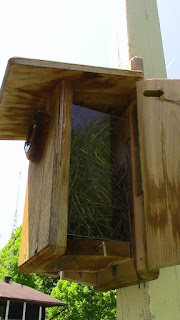 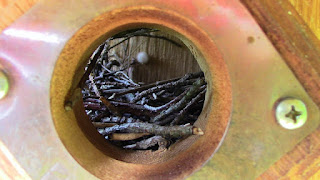 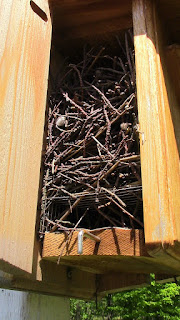 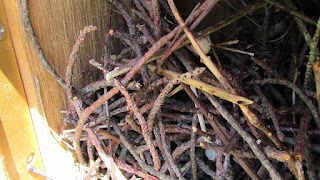 Down at the daffodil garden, we had a frost. Me bad. And Butch pulled one plant out of the ground. This is why we cannot have nice things! 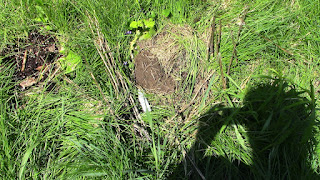 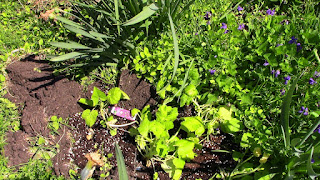 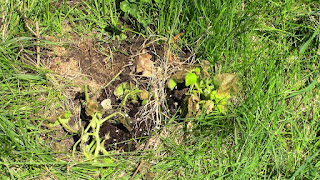 The horse chestnuts are in bloom. The bumble bees are so happy! 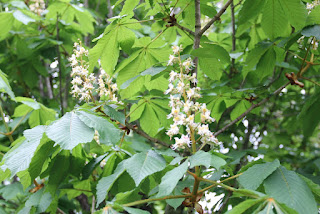 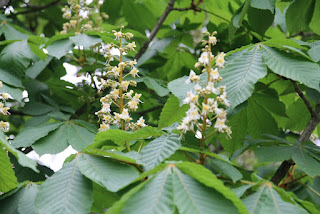 Maggie Magnolia is in bloom! You'll note the deer fence. They love those blossoms. 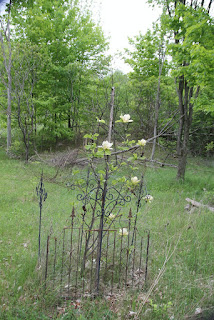 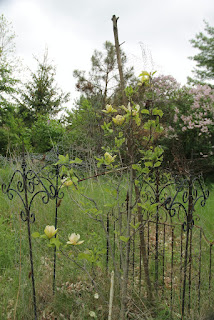 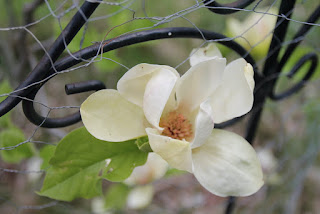 That outage is scary. My power was out for five days from an ice storm in 2005. At least the Ottawa customers weren't going to freeze in the dark. Still, not a pleasant time for all those affected.

Loved seeing Josephine with the "antlers" on her head.

Jenn - glad you are all safe. Power outages are an extreme nuisance, but I will take it over house damage, or losing a life. What a cool idea to have a clear side of the bird box so you can see inside! And your magnolia blossom is lovely!

It will get fixed. Even during war time, we didn't have such long outages.

We could have gone longer once we had the camp stove working, but I am very grateful that we didn’t have to.

You still have many neighbors in the region without elec. It reminds me of Texas last year, but that was a winter storm which so many folks were without elec. I do hope the people around you have elec. soon. A very smart bird shoving all those sticks into the nest box to hid her nest.

It is so good that you are a power centre for the family.

We rely on power for everything, and to lose that is difficult, to say the least. So glad the family are there with you, and as for getting shorter, it happens. Ages ago I went for a MRI, and had to have height and weight recorded. When the technician told me I was , from memory. 5foot 1.5 inches, I said that could not be right, as once I was the 5foot 3 inch lady. You all shrink with age, was her reply.Age does have a lot of advantages however, and I am glad to be shorter and still here. XXX to you all up North,

Your house is really the place to be!

A colleague in the south end got power restored in the night.

Nice to have help in the branch pick-up department but boy -- what a storm. It reminds me of our ice storm of 2013 -- Rick was out of power for 11 days; most of the city for 4-8. You handle it one day at a time. Ihope everyone gets back on the grid soon.

Very trying circumstances when power is off for a long time.