I didn't venture far yesterday. I'm still a bit sore from snowshoeing, and thought I'd just do a regular workout. More snow overnight, and hopefully the system has moved along. It'd be nice to see the sunshine.

You Two are here most of the time. 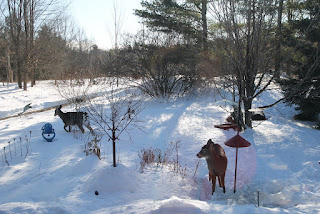 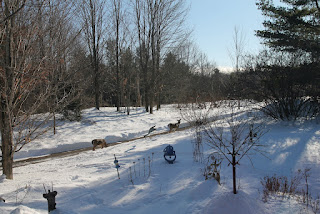 Walking to the end of the driveway, I was checking for mail. We had three fire trucks go by, hopefully all is well. They were silent, thankfully, as there wasn't much traffic. Lights were flashing, though. There seem to be a lot of house fires in the city. So sad. Our firefighters are volunteers, bless their hearts. 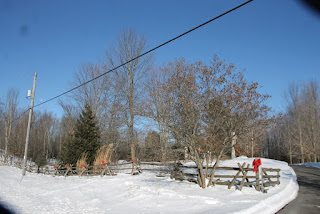 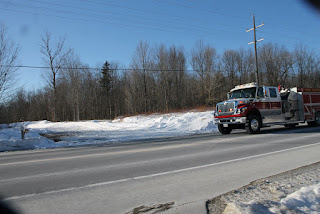 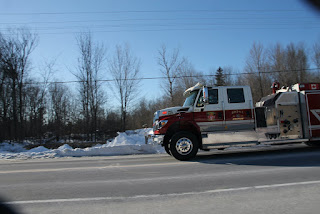 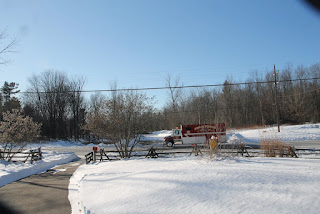 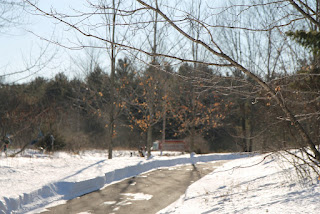 The snowmobiles have been driving on the shoulder. They are so loud and so powerful, they drove me nuts in Muskoka, running across the lake, back and forth. 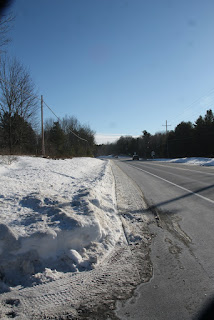 The trailcamera's operation continues to challenge me. I didn't venture into the forest and trailcam #1 might have something on it. Maybe! I did something new with trailcam #2. More on that tomorrow!

The young 'un is so fuzzy! Fuzzy You Two

I like seeing the dawn arrive on the trailcams. Look what happens when the motion light on the garage kicks in and boosts the images. Deer at dawn .

We haven't seen much of Henry. I was hoping he'd drop an antler or two for me. I am deeply suspicious. The males tend to congregate in winter yards, but he's been here for awhile, until now. Jan 20 buck.

This is what happens when the sun goes down, a lovely spot of sunshine, promising its return. Deer at dusk.

A bird flew past, while the sun shone on King Henry's rack. Jan. 21st, the last time we spotted Henry the buck.

Later, I shall shovel the couple cm of snow we had. It's lovely to get out and have a project.

...your snow look fabulous on a sunny day!

Slim pickings with all that snow, I wonder what they find to eat in the real wilderness. Love the glint of sunshine.

With all this snow and cold those deer are so lucky to have you.

In the wild, they fill their bellies with dried branches, twigs, and dead weeds sticking up out of the ground, Jean. They've studied them.

Terrific videos. I love deer at dusk -- except when I'm driving!