It began high enough. I heard it fly over at noon. I grabbed a screen shot of the flight radar. One has to make a decision: do I grab my camera and run outside? I did not. As I watched it on the radar, I realized it just kept coming. I've seen it before. 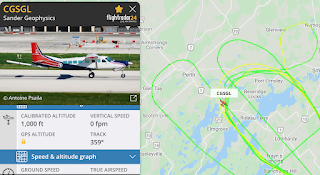 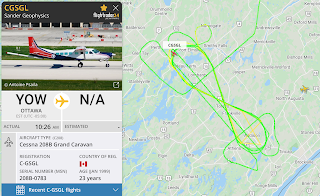 It was an interesting path. By the end it was figure eights. Sander Geophysics is a company that does high-res airborne surveys for petroleum and mineral exploration, and geographical and environmental mapping. I was really curious! They are supposed to stay above 1000'. They were close to that, but a bit worrisome. 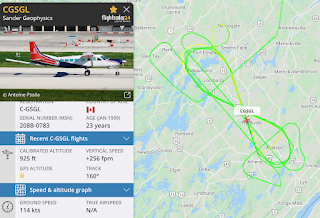 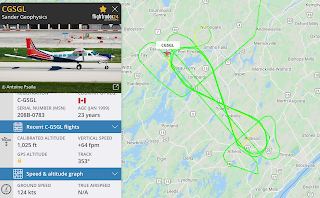 I went outdoors and heard it coming. Nope, not this one! 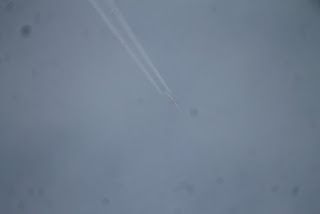 Here it is. It came back again. By 2:35 it was a pain in the butt and I grabbed some photos. 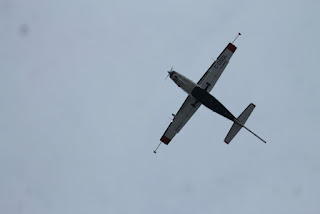 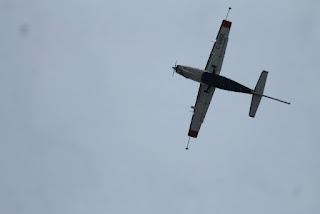 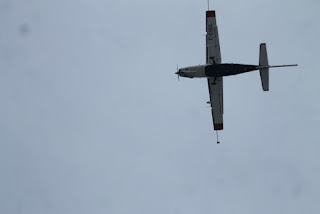 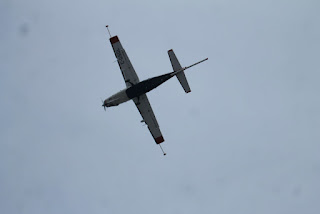 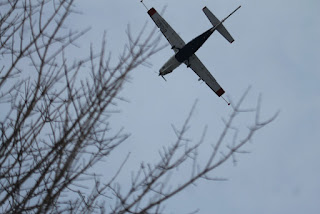 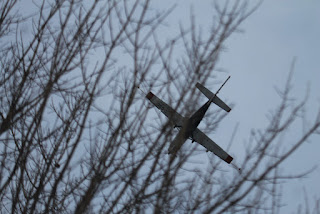 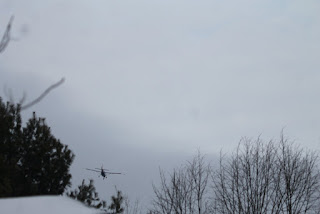 Canadian Aviation laws say they should be minimum 1000' over built up areas. We're fairly rural, so maybe that's how they get away with it. My patience is shot, I guess.

🤑🤑🤑🤑🤑🤑🤑🤑🤑🤑🤑🤑🤑🤑🤑🤑
My Christmas/birthday trail camera does not work. It is discouraging. I am so disappointed. I only have two working right now. We're going to drive into the city to return it, although I bought it online from Cabela's distribution centre out west, mine is sold out. Cabela's is owned by an American company. They usually have good service.
💻The poor kids are going to online school today. I feel badly for them. We shall all have to carry on. We still haven't exchanged Christmas present with our Ottawa family.
This is how we began the day, with deer hanging out on the lawn. It's a pretty sight. 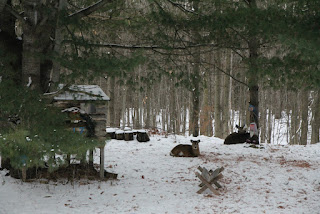 Nutmeg was exhausted supervising squirrels at the bird feeder from the window. 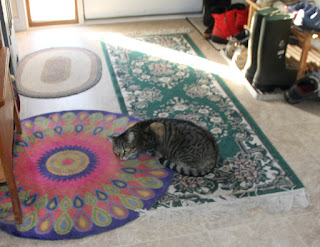 ...I hope that Cabela comes through for you.

I know there's a Cabela in the city, but have never been there.

I live close to a military establishment (you know where I live of course). Between the sounds of low flying aircraft and shooting and booming.......gaaaaa. I've been here for over 40 years now so should be used to it, wouldn't you think?

The low-flying plane might be mapping out environmental areas to help protect your deer's habitat! Or, you could try ear plugs or cotton balls in your ears until they fly away. That's so nice the deer have a refuge in your back yard. You are their little St. Francis of Assisi, patron saint of animals.
Surely your cameras can help with a school project or two. Linda in Kansas

Trail Cams, from memory KB over at Romping and Rolling has several trail cams, a Reconix and a StealthCam. One she leaves set up over the heavy snow season, so the batteries must last a very long time, and it must be well insulated. Hope you can get a refund and find a better one. Planes flying low, I guess they test the lowest level they can, is this for surveying? Still very hot here, off to the Dr at 8.15 a.m. should be cooler at that early time.

I love the deer hanging out in your yard!

Yes, I hate it when police are looking for something and they fly around in a small area. It's particularly bad if it's at night.

Jenn - I know how frustrating it is when trail cams do not work! Hope you find a solution. And so sad about on line school. I think we all wonder when this will ever end. Happy New Year!

We haven't done Christmas with the kids yet, either. It'll happen. Sooner or later. That's fascinating with the plane. And so frustrating about the new camera. I hope you can return it or replace it.

It's great how you're interested in everything and you find out!