Stories of here and there

Cinnameg were sleeping in the weak sunshine, safe and cozy. 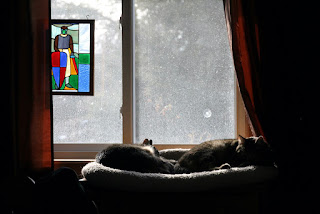 When I get dressed in long pants, and head out, Cinnamon likes to come with me. I missed the shot, but he was on the path looking into the forest and stood up on his haunches doing 'bear.' Then, he went back up the hill. I thought he was cold but behind me, in the forest, You Two deer were running away to escape us. They don't recognize us in the forest, or maybe they have situational awareness of us. Cinnamon ended up coming with me! 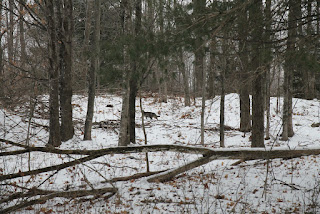 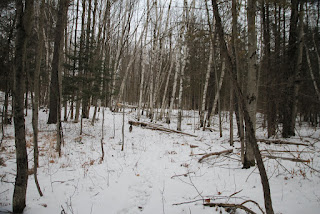 There were deer beds! They scrape out a bed and hunker down for a few hours. 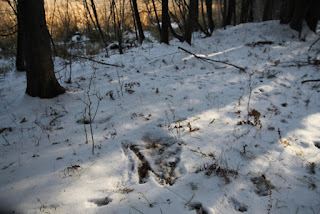 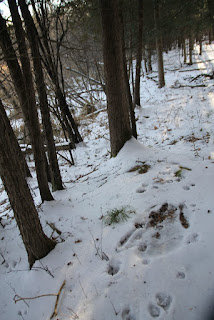 I've given up trying to videotape our Mice Friends. I did once. Maybe the camera has reached its best before date.
Here is a good story for you!
JB bought me a trailcam for my Christmas present. I was so excited. I bought it November 4th, and gave it to JB to wrap. It's been sitting here, and I finally opened it up, and discarded all the awful packaging. (Ridiculous...) Reading the Quick Start Guide, the date and time was set. I realized it has solar power! One is supposed to plug it into the computer for 48 hours to charge her up.
Charging it for 24 hours I was hopeful. I grabbed it as I was heading out during the 45 minutes we had sunshine on Tuesday afternoon. Turning it on... NOTHING!
It is a Spypoint Solar-DRK Camera. Grabbing the guide, this senior, with her B.A., B.Ed., and M. Ed., had failed to read the fine print. "Batteries not included!" We begin on Plan B. Batteries inserted,  plugged into the computer. Fingers crossed. So far, nothing...
✈ ✈ ✈ ✈ ✈ ✈ ✈ ✈ ✈ ✈ ✈ ✈ ✈ ✈ ✈ ✈ ✈ ✈ ✈ ✈
The trailcams haven't done well lately. Fortunately, I've other things to write about. Dec. 24 – Sander Geophysics did a fly over! 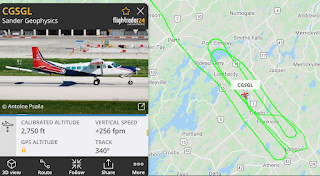 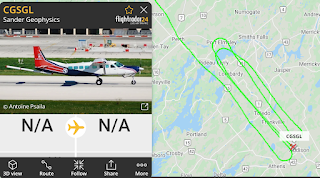 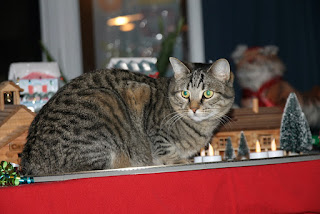 🐦🐦🐦🐦🐦🐦🐦🐦🐦
We have had lots of mourning doves (13), chickadees (12), several woodpeckers. Tuesday, a junco, a pair of cardinals, as well as a female evening grosbeak. The mourning doves were huddled in the sunshine, under the evergreen tree, during that 45 minutes when we actually had sunshine yesterday! 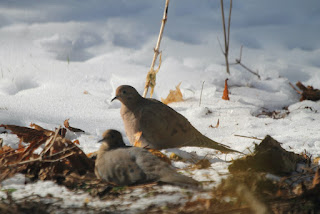 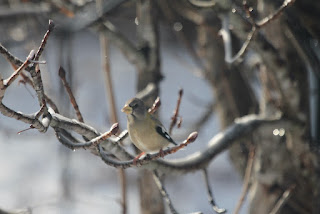 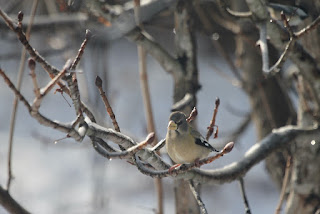 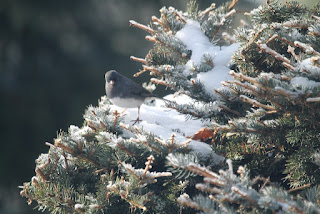 Archive photos, they are camera shy! 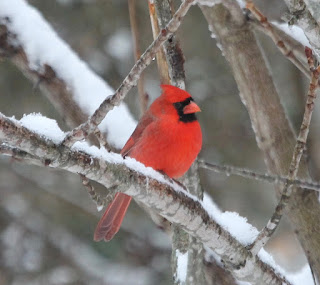 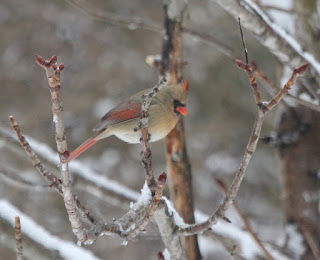 ...your trailcam sounds too complex for me!

That trailcam issue does sound complicated.

I hope the trailcam works. Being purchased so long ago, it may not be refundable. Gosh! Don't I sound like a downer?

Birds, a flyover, snow, and a train to play with or lie on, and then came the new trailcam. Hope it gets going later today.I guess the solar panel is so the battery will get charged? Have fun when it gets going!!!

I heard a lot of Cardinals when I for a walk yesterday. I have a lot of solar lights and all our cloudy weather has meant they are not working very well. I hope that your camera works better.

Thank you for this lovely visit dear!

I always blame the poor directions when I run into a stupid mistake on my part.

Jenn - a day or two after Christmas, I went to the mudroom door on my way to the garage, and I heard some chewing. What? I looked all around the mudroom but couldn't find the source. Opening the door, I looked down and saw some yellow flecks of insulation in a tidy pile to the left of the door. I felt around down there and realized there was a gap in the trim, just big enough for a little mousie! I hate to kill anything, but we couldn't have it chewing its way into the house ...

I am amazed that you have a grosbeak at this time of year!

One of our cats used to chew on ribbons - we would wake up Christmas morning and find that every single ribbon on the presents had Josie teeth marks!

Happy New Year to you!

It's lovely, being so close to the woods. I love that you see deer and that Cinnamon walks with you. What a perfect gift -- what could be better?