More of our snowy day

Monday the sun shone after the night storm. The frost on the back deck caught my eye. I went out in my slippers to capture it. Today we anticipate rain! 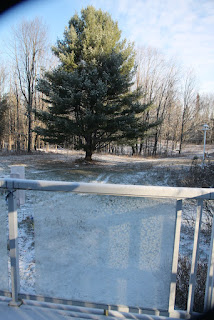 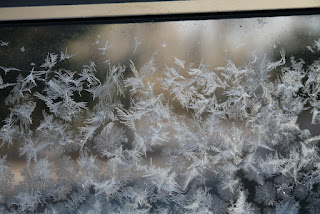 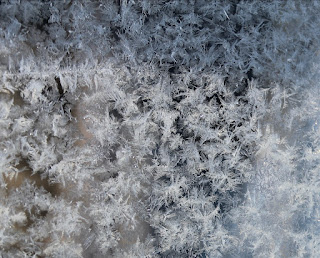 This could be my new header! The backyard... 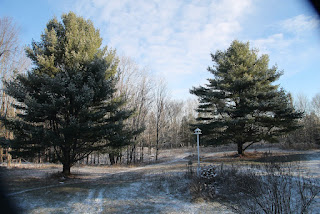 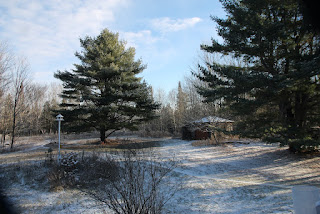 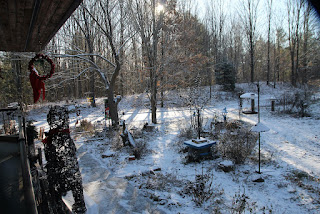 I noticed a cat has been skating on the goldfish pond! 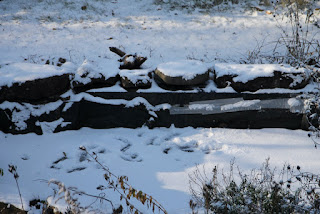 By the time I went outside, after my workout, the sun was gone. I wish I'd seen the cat on the ice! 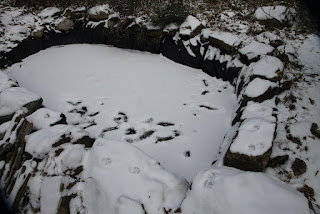 The driveway was beginning to melt when the sun went away. Cinnamon and I went down to the trailcams. Cinnamon was quite happy to come walkies with me. 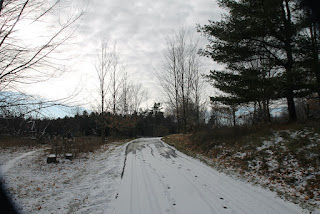 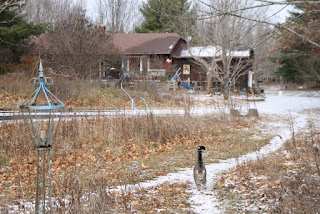 Cinnamon roared down the hill, amid the coyote tracks! 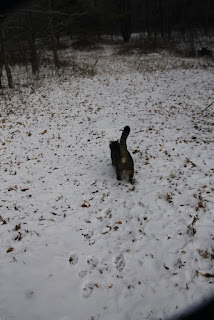 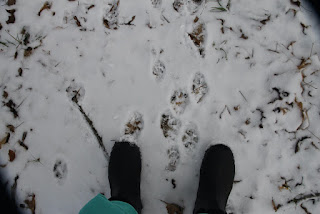 Cinn headed to the end of the dock. It is a ritual! I was going to pop him onto the ice, to show him it was frozen. I thought better of it. 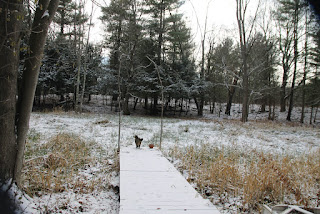 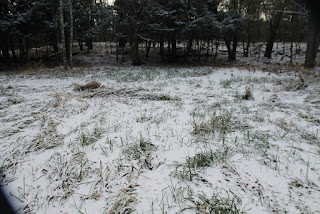 The coyotes headed along here, off the dock, onto the ice. You can see Cinnamon's tracks compared to theirs. He kept sniffing everything,"Doggie, Cinnamon! Smell the doggie!" I guess that was silly. He's never met a dog, he may have encountered a coyote. 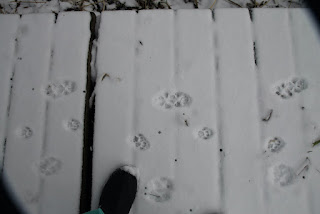 You can see where the coyote slid on the ice! 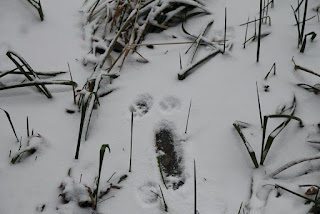 Heading around the frogpond to trailcam #3, I could see where they had crossed the ice. 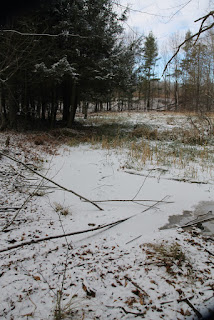 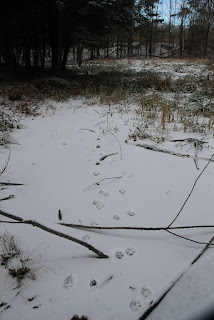 This spot, under the trees, and with the warmth of the sun, was a bit wet. You can see another coyote skid mark! 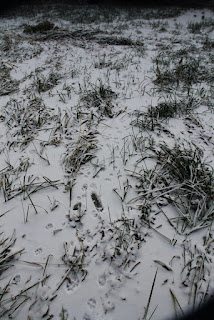 Cinnamon seemed pleased the ice is frozen. I doubt he remembers from last year, he was quite put off by the temperature change. Little twinkle toes, sliding gaily on the ice. He approached, quick and sprightly! Lo and behold, look who figured out the ice was safe all on his own! 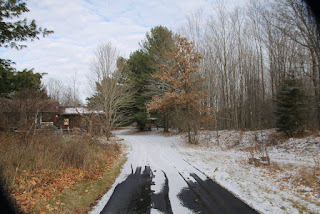 The tracks remained from the wheelbarrow, in which I took out the garbage. 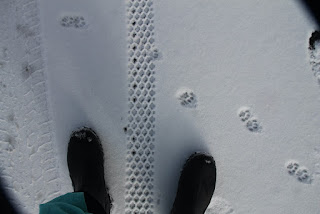 I chucked out some cinnamon raisin bagels. Apparently they were popular.

Today we anticipate rain. I'd rather have snow, but that's just me. British Columbia is still cleaning up after the rain and Storm Damage.
Posted by Jenn Jilks at 07:01

It is sunny and +10˚C here now. All the snow melted yesterday. Love the cat prints on the ice.

We got some snow and then this morning it was rain. It seemed to be clearing out at end of day.

That frost is beautiful! And I'm just loving Cinnamon on the ice!

I assume the snow is all gone.

The snow is all gone! It is still cold though

I thought your frost patterns were so beautiful too. However having those coyotes so close by is still unnerving to me.