Last week was warm, then it turned cold. I thought my frogging was done! We've an Alberta Clipper on its way, so more snow, perhaps.
🐸Moving the frogs
You can see how shaded the goldfish pond get with the end of summer solstice during most of the day. The poor frogs sought shelter in the pond in August, when the wetland dried up. The wetland is now deeper, and filled with November rains. The goldfish pond is frozen over, again! There is a skiff of snow on top of the ice. 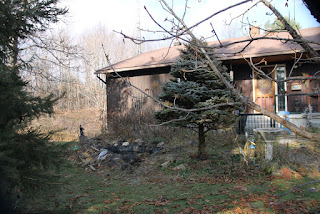 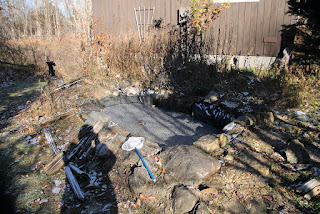 I managed to find 7 more frogs in the goldfish pond Friday, Nov. 26th. I captured them, they are pretty slow and sleepy, especially the upside down ones. I popped them into the frogpond, right off the dock, as the ice had melted. I just hope they dive down and get into the warm mud. At least I don't have to fish their dead bodies out in spring! My grand total is 64 frogs moved. 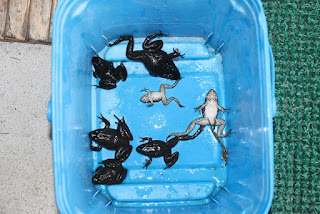 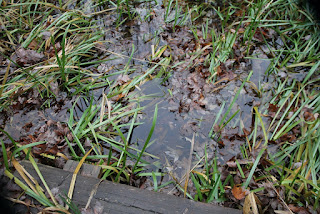 Indoors, we are finding as much light as we can. Caitlin gave me this snowglobe and it refracts the light from our Christmas tree! 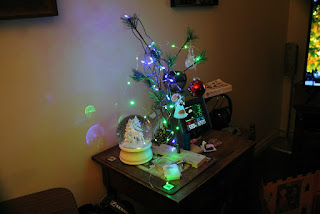 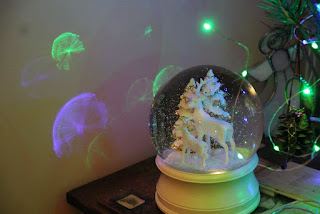 Joseph Brian has been having some more fun. 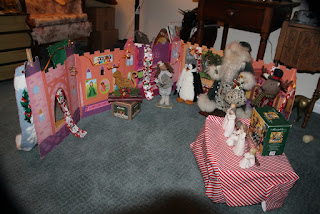 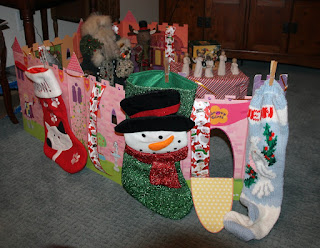 I drove him into town for cat food and drugs. At the drugstore, I waited while JB went in. I noticed a woman in a car beside me whose one headlight was out. She had a baby with her. I told her about it and she thanked me. That was my good deed for the day! 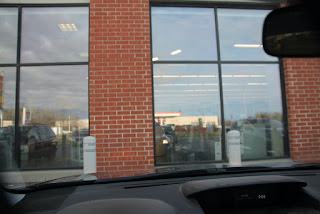 JB is the shopper, and I stay in the car, as I get stressed! The vet still has door-to-car service. They bring out a mobile machine, as well as the cat food, right to the car. 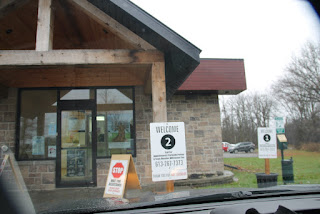 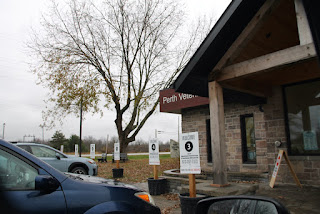 I did an online food order, which we picked up on Thursday. I spotted a young man, I think twice! He had a red mask on the back of his head. It was -5 C., at this point, he didn't look too warm. 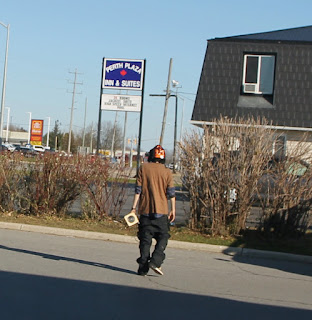 The woman who brought our groceries said that there are shortages in cat food. Crikey. We buy cheaper wet food and get the dry from the vet. 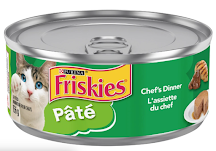 Also, Kellogg's products as the workers are on strike. I sure don't blame them. The disparity between CEO compensation and front line workers widens.
CEOs typically have huge salaries: "CEO compensation has grown 940% since 1978" and it always shocks me. The

CEO-to-employee pay ratios are staggering. Capitalism at its worst. Why are the rich so selfish? Greed? Why, if you were born with a silver spoon in your mouth, would you deny basic needs to employees: healthcare, sick leave, a living wage? Not only that, but they want a two-tier wage for employees. They want to reduce vacation time, and cost of living allowances. In 2020, Kellogg's profits were $1.76 BILLION. 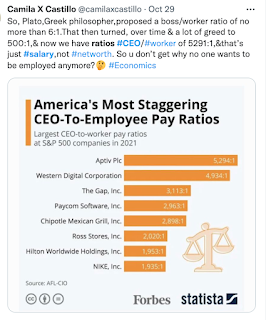 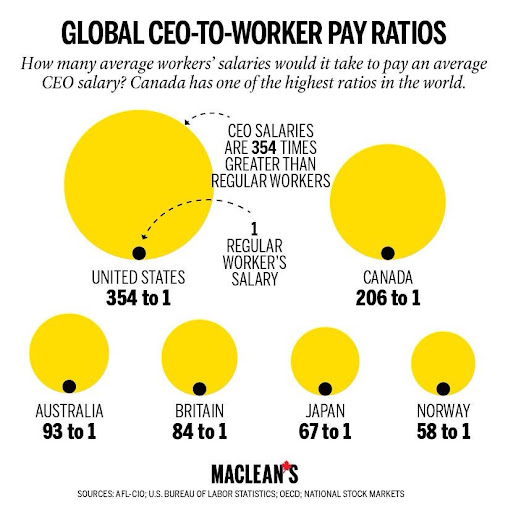 The frog gods love you.

Thank you for caring for the frogs and caring about the workers!

You are a frog catcher extraordinaire. Don't get me started on wages. You and I were under paid all of our working lives. Maybe order cat food online?

I am comfortable on my reduced retirement pay from teaching. I can not believe CEO incomes.

I wondered why I have not been able to buy rice crispies and corn flakes! They're on strike!

You are so king to help those frogs. I hope they all survive the winter.
Enjoy your day, have a great new week!

My vet is a maniac about food. I think Lizzie eats better than I do.