Grampa begins the week day the same: "Hurry. The bus is leaving!" 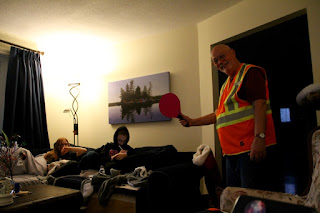 School went better, Josephine's teachers were back. This is what their cohort's screens looks like. 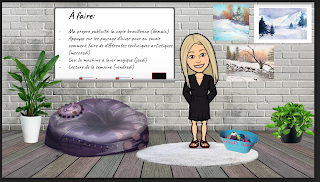 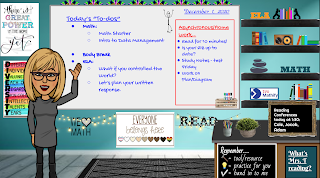 I watched a movie while I worked out. The main character is a red-head named Isabelle! Isabelle was quite amused! This red-head co-produced the movie, as well.
The frog pond was frozen over. 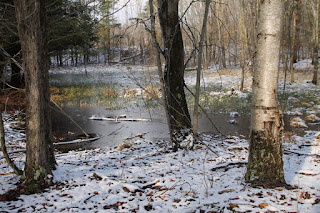 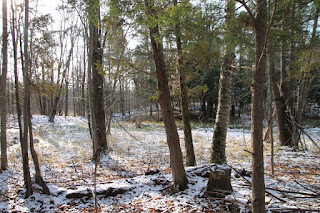 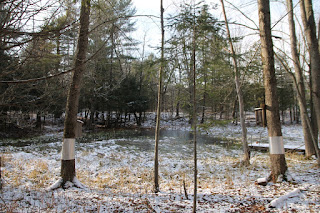 The goldfish pond had a thin topping of ice, but I could see a dippy frog swimming. It should be holed up in the mud in the bottom. 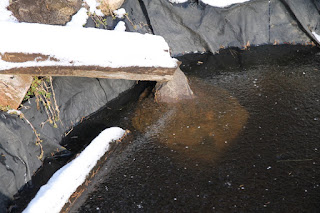 On my way back in, I spotted another coworker for Isabelle. A wee caterpillar! 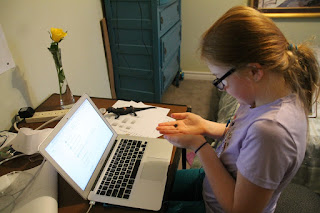 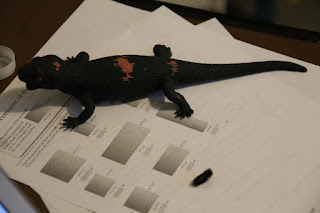 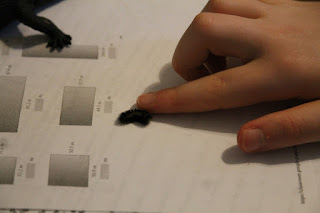 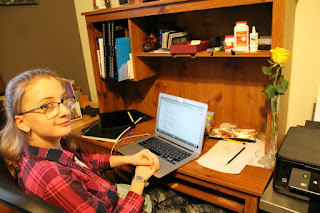 In the afternoon, Josephine brought up Nutmeg, then Cinnamon, and we popped them into the carriers. They were due for shots and a vet visit. The vet usually gives them a treat, they didn't eat them during the appointment, so JB chucked the treats into the carrier. Cinn ate them on his way home. (Remember this for later!) 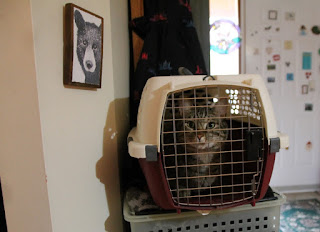 Nutmeg was furious! "You're not the boss of me!"
You can hear us laughing in the background.

We made it through our menu for the week, designed by Grampa. Josee began this, and Grampa continued the trend.

After dinner: Mythbusters. Next was Border Security. Our kids are major travelers, so they find these things funny. They traveled with a backpack each, for 4 weeks around the world.
Grampa asked if he could bring us Subway sandwiches for lunch on Friday. Each girl dictated their choices. Our day was done.
Josephine had a wonderful time with the cats as we chilled watching TV. 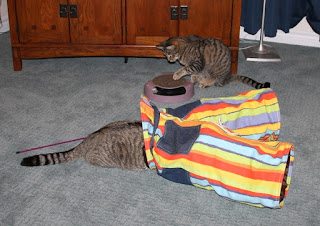 I was working on the downstairs spotlight outside the back door, as the girls were doing their teeth.  One of my granddaughters was about to lock me out. Then the other daughter tried it, while doing her teeth! Little dweebs! Don't mess with me. I've got three adult children.

Grampa and I both slept in until 7:00. Usually, you like to be up more than a half hour before the kids are up. I like my quiet time in the mornings!
We carried on with our routines. Josephine packed up all her things. Isabelle packed after lunch.
I was working out in the basement, when I heard a cage rattling. Nutmeg went running up the stairs. I peeked, and Cinnamon was stuck in his carrier. Having set it on top of her carrier, I went over, opened the door and let him out. A few minutes later, he did it again. What a boy! I let him out and put the carrier on the floor. He went in again, but this time the door didn't swing shut. He was remembering the treats in the carrier, and looking for them.
We took the girls to the hostage exchange. They've had a full week. They are a sweet pair of sisters. They are getting along really well, most of the time. I am so proud of them. They are co-operative, they help one another. They have adapted so well to this pandemic. 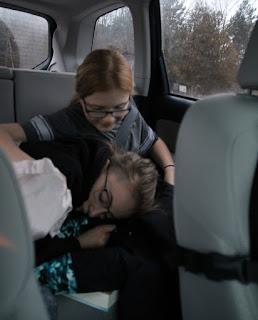 We've kept to our bubble. Many are making incredible sacrifices. Store and business owners have spent thousands of dollars retrofitting to keep us safe. We're doing pretty well with COVID here in Lanark County, all things considered. 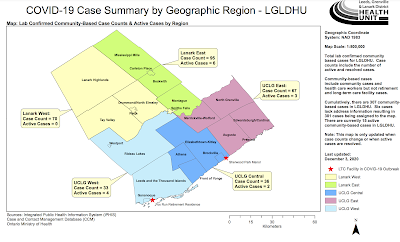 Live with love each moment,

A ShutterBug Explores,
aka (A Creative Harbor)

...cats love to get into things!

When masks are the answer to stopping the virus spreading, penalise those who do not comply so hard it will hurt their pockets!!! A mask is not a big concession, and why do some people think they are immune to rules or Covid. Love the cage video, if only I could open this dratted thing, I would.!!!

In our slice the numbers have doubled from 3 to 6. Let's hope this isn't a trend.