Too many are denying systemic racism. You only have to read any Social Media to become aware of what BIPOC people face in this world. This is what I try to do. To be an ally, you must read the autobiographies. Our CBC offers a

I've read two of his other books (Dreams of My Father, 1995; The Audacity of Hope, 2006), and I like Obama's writing style. This autobiography is pretty much about his time running for election. We are very much into politics, but this covers the minutiae of the race. You can see how race is a big factor in the lives of these politicians. It is the first of two books.

I find the man inspiring. His relationship with Michelle is an interesting one. He writes of her misgivings, and her adjustments to her new role, as she gives up her work to support his, and become FLOTUS. He writes openly of the decision-making process during many crises. 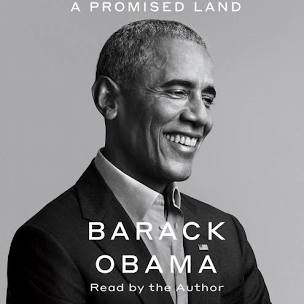 The reading was a bit heavy for me, though. That said, we watched all of West Wing, as well as House of Cards (UK and US versions). You have to be into the electoral process to be a keener.

There are some nuggets. Michelle Obama asked why he would run. What were his reasons? Partly, to 'spark a new kind of politics,' or to motivate a new generation to get involved in politics, or to bridge the divisions in the country. But, also,

"I know that the day I raise my right hand and take the oath to be president of the United States, the world will start looking at America differently. I know that kids all around this country––Black kids, Hispanic kids, kids who don't fit in––they'll see themselves differently, too, their horizons lifted, their possibilities expanded. And that alone...that would be worth it."

Obama  writes eloquently about Joe Biden, and why he selected him as his running mate. But first, he cited Biden's lack of discipline around a microphone, his old-school style, and how he wasn't always 'self-aware,' all reasons he had to think it through. Biden has amazing foreign policy experience, he wrote. Also, that Biden is "decent, honest, and loyal." That bodes well for the U.S. for the future.

Obama analyses the socioeconomic problems with America: manufacturers shifting production overseas for the cheapest labour costs, big box stores pushing for cheap goods, while the disparities between worker and CEO salaries only increases. Also, the dependence upon the auto industry and nonrenewable resources. "By 2007, the American economy was not only producing greater inequality than almost every other wealthy nation but also delivering less upward mobility." It is an excellent analysis of the whole situation, with tax cuts for the wealthy, and fewer wage and environmental controls.

He also wrote of the 2008 recession, and a friend who predicted it for him. George was an insider, who spoke to the president-elect, at the time, of the subprime mortgages. People were buying homes without a decent down payment, nor the means to make monthly payments.  He outlines the process of helping the country recover. He explains the horrible time he had trying to make bipartisan laws, but the rich, old, white politicians were more concerned with making money, than looking after their fellow human beings.

He writes of the changes to politics and as manufacturing jobs declined: "We became more sensitive to the possibility that someone else was getting something we weren't and more receptive to the notion that the government couldn't be trusted to be fair. Promoting that story––a story that fed not trust but resentment––had come to define the modern Republican Party."

It is an interesting read.  Edith Childs, providing a booster call and response to his campaign staff: "Fired up! Ready to go."

I wonder how well the U.S. would have handled COVID–19 with Obama at the helm. I'll bet it would have been quite different with COVID-deniers in leadership positions. I just came across this. 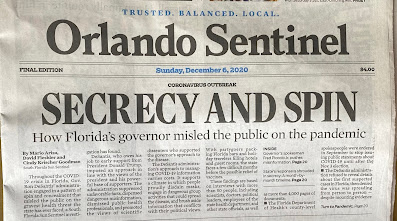 I borrowed this book from my library. It's due back in a couple of days but I haven't read all that much of it yet. I know I would like it if I could really dive in but the page total is a bit daunting! I'm glad you're enjoying it though. Thanks for reviewing! :)

Sue has begun the audio version and says it is very good.

I will look for this in our library, and it would be a great addition to my bookshelf.They were a remarkable family, and a great man, who, I am so sure, would have handled the Covid crisis very differently. Stay safe in Canada, as your winter is nigh, or already arrived.

I've read this one. He is an eloquent and a good man. Everything that the soon to be ex-president is not.

He is an eloquent writer, isn't he? I haven't started this book mostly because I can't yet face more than I already hear/read/talk about politics. Maybe after Biden's inauguration? I cannot tell you how much I wish the Obama/Biden administration had been in office to handle this pandemic. Sigh. Thank you for reviewing. (On an aside, I think your grandkids might really like the nonfiction PB I reviewed.)

He is a good writer. I enjoyed Dreams from My Father, but I haven't gotten the new book yet. The page count is a bit daunting.

I know we'd have done better on the pandemic with a Democrat in the White House. Biden has his work cut out for him, but I'm looking forward to competent leadership for a change!

Thanks for reviewing, Jen. Happy Holidays!

I am about 1/4 into it. I find it inspiring and well-written but it is slow going for me. I think I have had enough politics for 2020 and it would have been a better read in a year or two. At least, I hope so.

I find him inspiring as well. He was the first Democrat running for president that I voted for. To be honest, he won't be the last. - Margy

I'm bookmarking your review to read later since Promised Land was on my Christmas list. I loved his Dreams From My Father and Michelle's Becoming.