Sometimes, karma bites you back! We continue to have COVID-deniers in Canada, specifically our MPP.  It is dangerous.

These are some of the Republicans who have tested positive. 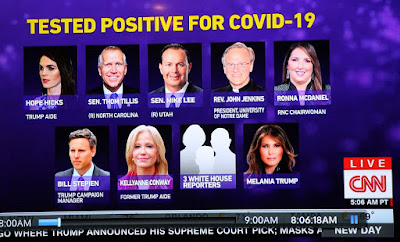 This is where they are speculating that they spread it around Republicans. This is the announcement of the new Supreme Court nomination. 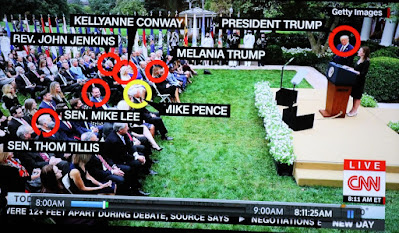 Ron Johnson, the third GOP senator to test positive. If the three - Tillis, Johnson and Lee - remain out this month, it would effectively prevent Barrett from being confirmed until they return, which could be a lame-duck session. (Collins and Murkowski are expected no votes) 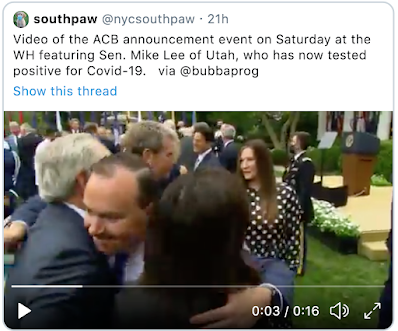 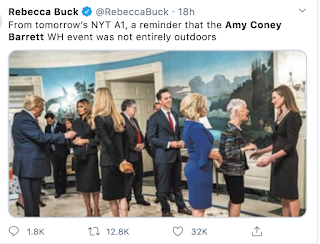 It is this kind of behaviour that leads to the spread of COVID–19. 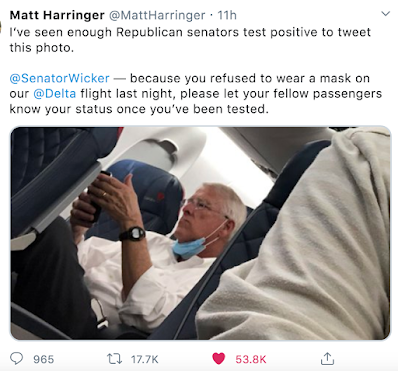 The lies and denial is a true portrait of the administration. This woman has a good eye. You can see this in the video of him going from the White House to the helicopter. 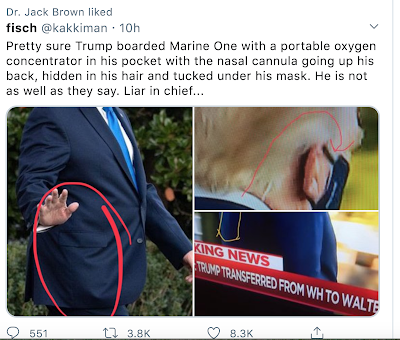 What irks many, like me, is the selfishness of those risking the health or the lives of those around them. Imagine the Secret Service agents! 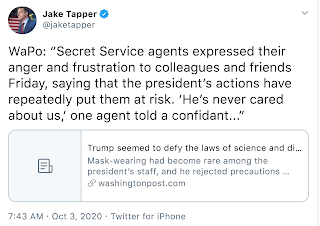 Provincially, we had a huge 733 cases, Oct. 2nd.
It's been rising in Toronto, where people still flaunt it.

Community spread has been of particular concern in Toronto, where nearly half of 45 community outbreaks between Sept. 20 and 26 occurred in restaurants, bars and entertainment venues.

That included one downtown pub where up to 1,700 people may have been exposed last weekend, and another where 600 exposures may have taken place. Friday's case count included 323 of them in Toronto and 111 cases in Peel Region.

Ottawa had a huge rise in cases, but we are behind in testing. They write we're 90,000 tests behind. The samples degrade after 3 days.
Our Provincial government has been nailed for telling people not to see anyone but those in your household, while restaurants, bars and entertainment venues are open.
Yet, our MPP still calls for, well, for what? 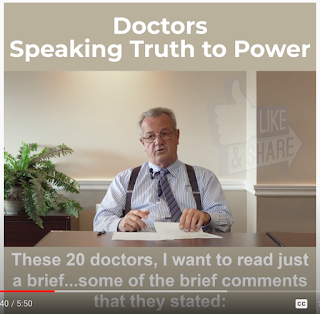 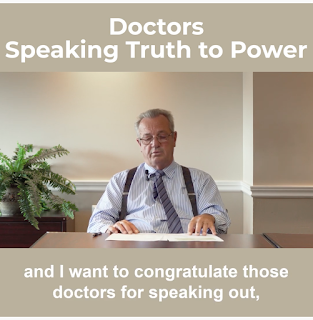 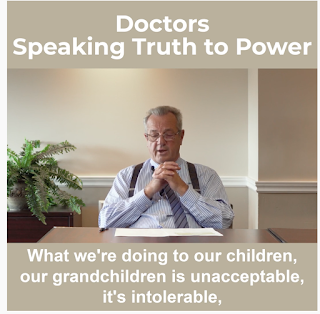 He tells us that keeping them home is worse, emotionally, than sending them to one of the 318 schools in the province that have 483 active cases. 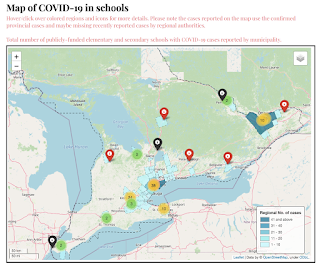 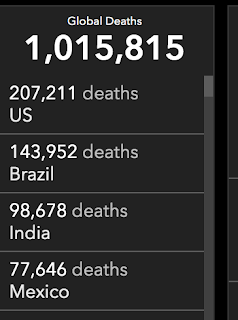 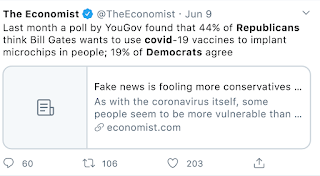 ...there sure are a lot of idiots in the States.

These people are very poor leaders. they don't have the right stuff. They're not honest about things.

It seems that Rump might really be sick, but after 4 years of lies I trust him not. Could it possibly be a ploy to win sympathy. Probably not, but that’s how sceptical I am over him.

Dear Jenn, please try to not worry too much, those who are so selfish and disregard all safety precautions deserve anything coming their way, the sad fact is, they infect others along the way.So as long as you and JB and my other friends up North stay well, I will be so happy.XXXX

I am sure these people will all have the best healthcare and be fine. Paid for by the taxpayers of course. But a week after the election they will be voting to take away the healthcare for most citizens.
Maybe some people will wake up now and believe Covid is not a hoax.
Wearing a mask is necessary. I hope you are staying safe and well.
Have a great week!