UPDATE: we lost a skunk on the road last week (Oct. 1). Also, a raccoon a week after they were released.
We were happy to give Rideau Valley Wildlife Sanctuary the opportunity to release some critters on Friday, Sept. 15th. The videos are here! The protocols say that they have to be released within a certain distance of the capture area. We qualified! This is our second year doing this.

I hope the photos are OK. My glasses broke, and we are awaiting a part. I'm finding it hard to read, wearing a pair that are 3 years old. I donated the old ones to charities, you see. sigh.

They arrived just after 1 p.m. and we loaded the two crates onto the wagon and into the wheelbarrow. It's a tough world, and there are a lot of people who care for one another. It takes another kind of person to care for vulnerable, ill, and wounded critters. Melissa is terrific. You can tell she loves the work she does. 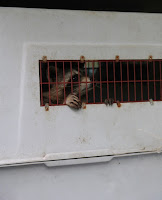 The skunks needed encouragement to leave. Melisss broke apart the carrier. They got the idea and just ambled off. 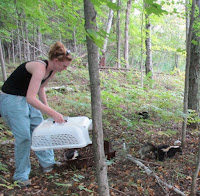 I love how the raccooons puttered away, eating dirt, moss, everything they could. Then, playing in the mud of the frog pond! The last 4 needed a bit of encouragement to leave the safe crate. 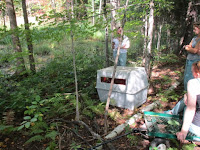 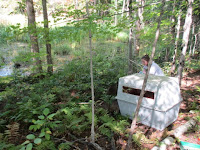 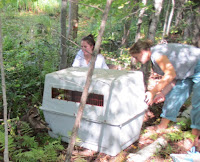 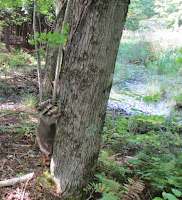 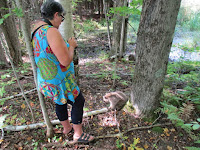 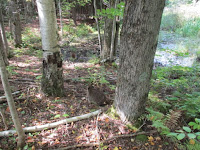 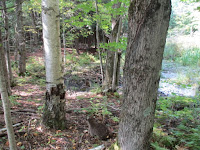 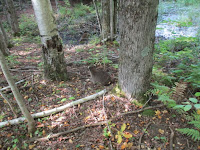 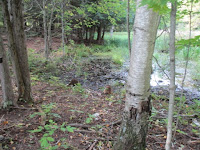 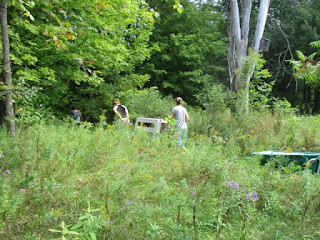 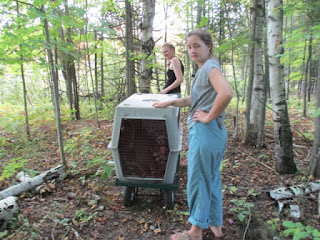 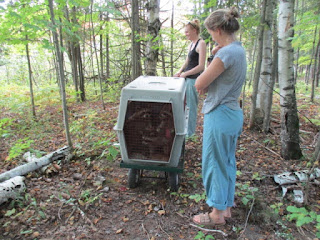 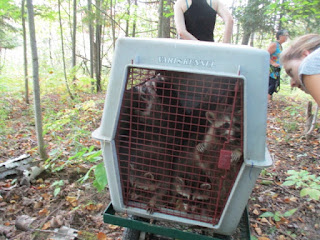 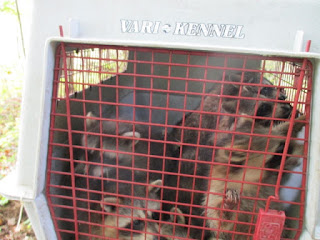 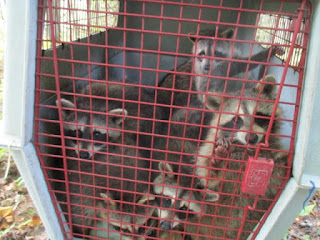 It seems they're now in a good spot.

This is so very special, something we would never see down here. Wonderful to have them released right on your land, wet boggy areas, trees galore, Paradise.

That's really a neat thing ... what a great help you are -- and more beautiful wildlife for your place.

Sad to say, we found a raccoon dead on the highway, in front of our house. Eight becomes 7 very quickly.