Daily I check the owl, the trailcams, the phoebe nest, and then the wood duck nesting box.

Twice daily we check the cats for ticks. Daisy is the winner, at 34 of the 38 ticks we've harvested. She favours the fields where the mice hang out, of course. Thankfully, it's easy to spot them on her. They crawl for a couple of hours, up to their heads. We've put Bravecta on them, a new product for cats. It kills them after they latch on, not before.


Daisy is my companion! She loves climbing trees. Her favourite are the cedars, with numerous branches that act as a ladder. She's not afraid of going down backwards, like a firefighter. I videotaped her doing this, that's in my previous post. 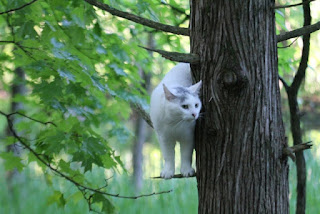 She launched herself up several, the mallard ducks weren't impressed. They flew off. 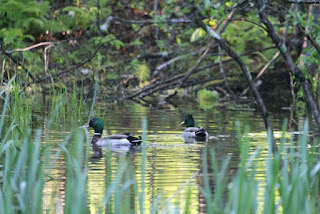 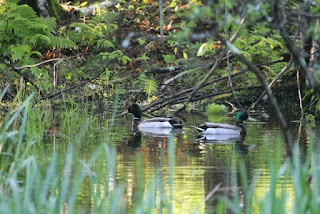 The ladyslippers are growing nicely. They might blossom in a month. 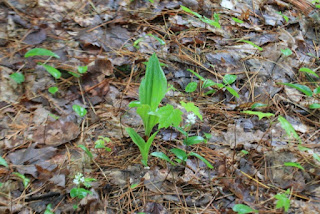 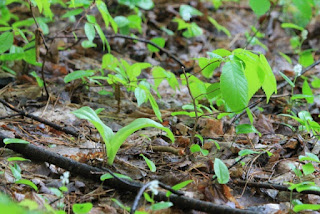 Owl is still trying to encourage the babies to come on out of the nest and branch. It's been coolish, so I don't blame them for staying in the cavity! 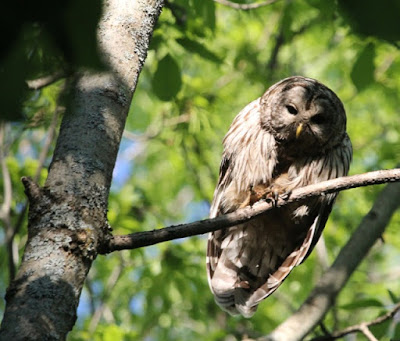 Love your kitty up a tree and that owl is magnificent! I don't think I have ever seen an owl out in the wild. Hear them , but never have spotted one. I think they are amazing looking birds

Hello, for some reason it is amazing to see kitty climbing the trees. Cute photos of Daisy! I love your owl photo, beautiful. Thanks so much for linking up and sharing your post. Happy Saturday, enjoy your weekend!

Love the owl, great photo, and your blog.
All the best, Gordon.

beautiful capture of the owl!! there's always something out there (ticks), messing with mother natures beauty!

I liked the shots of cat in action.

It has been cool, but still nice, such a lovely time of year, everyone's out including your animals!

You look after some very interesting critters. Each of them take their own time.

The cats must be patient to let you treat the ticks.

Well, they know they won't get away, Anvilcloud. Sometimes it takes two of us to hold them. I'm pretty good at grabbing their scruff and immobilizing them.

I sure hope that outdoor cat is not preying on birds.

@ David, our outdoors cats don't tend to catch birds. The birds fly away. The cats are more concerned with the coyotes and the fox, both of which treed the cat last month. I was watching. If the cats catch anything, they bring it into the house.
Even the barred owl keeps an eye on the cat. They are pretty smart.
We have to put our bird feeders away in summer, as the bear comes up on the porch, otherwise. It's pretty simple.

Getting pretty anxious about this tick business. They have appeared in my neighbourhood now. I sent the name of that stuff to my friend (who has a vacation home near Sharbot Lake) and my daughters who vacation at Wolf Island....places where the ticks have always been an issue.

Wonderful shot of that owl!