There are lots of these maple syrup festivals around! They are fun. We went to ours, in Perth. We live across the highway from a sugar shack, and love seeing the smoke from their shack, indicating is is syrup season!

There are a lot of maple syrup producers in Lanark County.
There were booths looking for volunteers, as well as a booth where you could sign up for the Perth Kilt Run (2014 photos).

We went first thing, to avoid crowds. They give us the heebee jeebies! Most booths were good to go. There were some cars still evacuating the area... 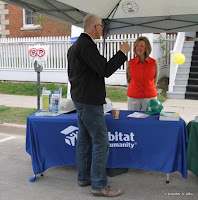 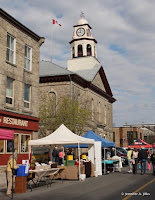 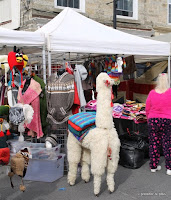 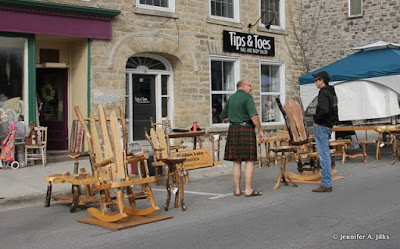 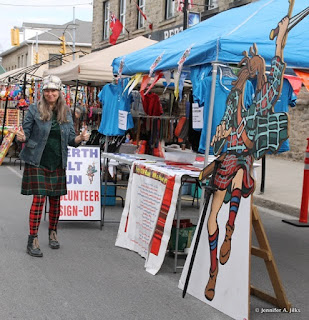 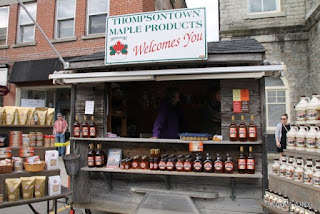 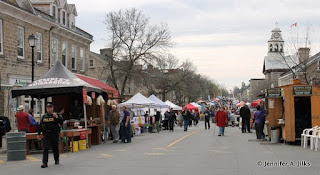 We saw the Coutts boys in their booth. We asked, "Where's Mom?" Apparently, she was there to set up, then went back to the shop for the day!
This is where I get my pumpkins! 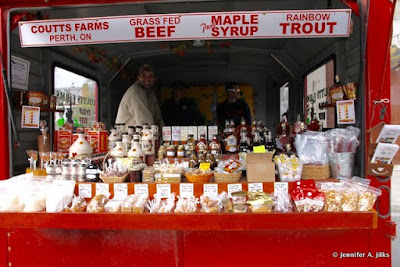 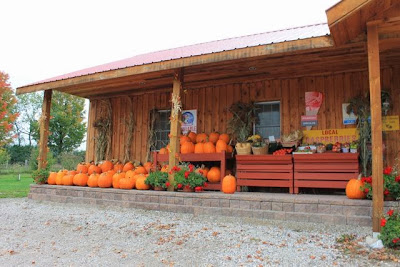 They sit beside the Tay River. 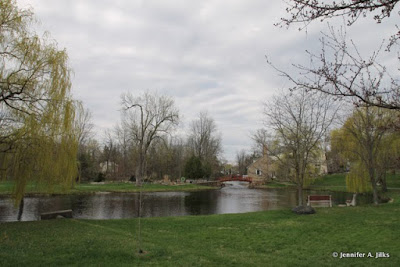 Back to the main street! 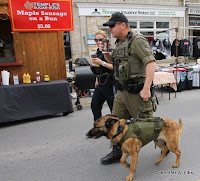 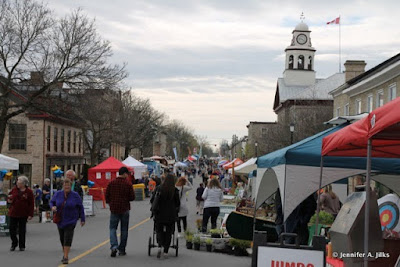 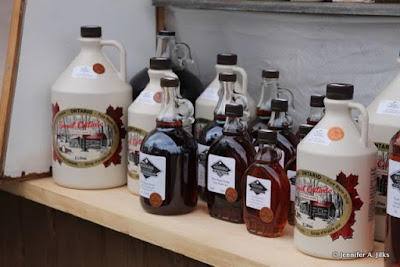 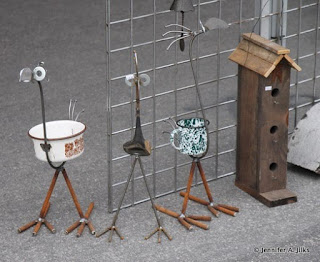 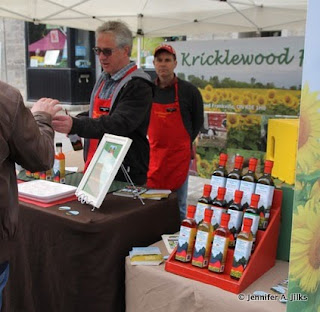 Cat's Meow is the 'cat spa' where we take our cats when travelling. I have photos of them here! The 4 cats were there in Aug., 2015. 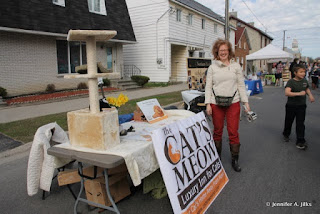 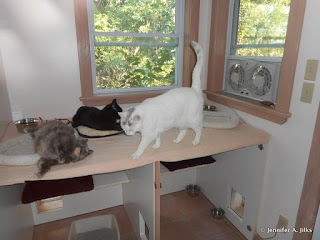 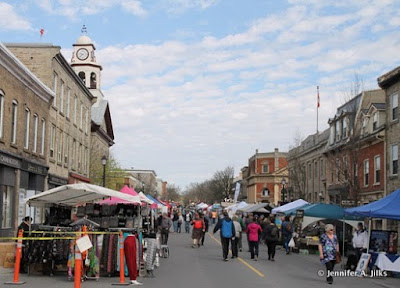 This is the group we volunteer with; me hospice, hubby Meals on Wheels. Hubby was on Lake 88 radio, talking about his work as a Meals On Wheels volunteer. You can listen to his interview here:

JB was on with Client Services Supervisor, Suzanne, and they had 6 people sign up since then! 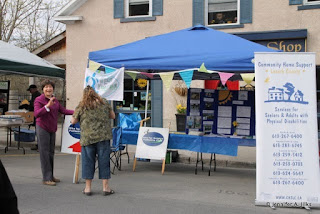 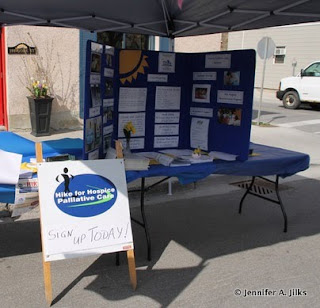 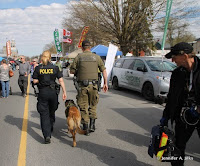 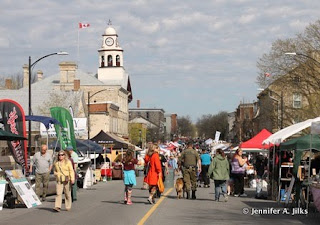 Hubby bought himself some frozen soup. 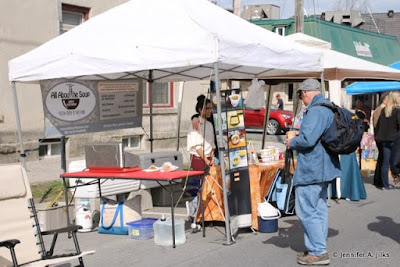 Algonquin College has a terrific trades program. They were letting people lay brick, providing some tutorials! We so need young people to go into the trades. 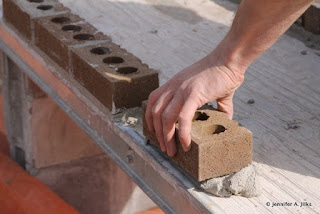 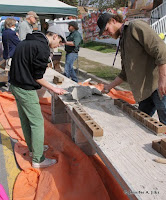 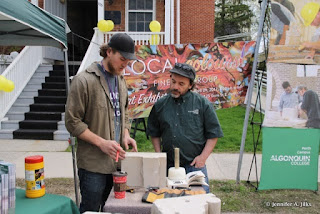 With the main drag closed, there was some traffic! We scooted on over to Almonte, afterwards. 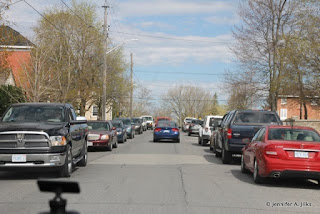 I am not much of a beer drinker, but I remember having a nice glass of maple beer in some establishment four years ago on a very nice day. Ever since, however, I have been happy to avoid the crowds.

I see there are even maple sausages on a bun for sale. And what are policemen doing in a peaceful event like this?
I've greatly enjoyed your pictures.

Hari OM
Golly what a range of fabulous stalls!!! Love the kilt and sandals look - was he responsible for the wild furniture? A fun outing methinks. YAM xx

I used to love fairs and festivals, but have pretty much outgrown them because of the crowds. But this one looks worth it (good idea to go early). What fun. Were there really pumpkins? They can't be growing in the spring can they?

Wow! Do you have some variety!

Wow Jenn what a fabulous gathering! I loved seeing everything through your photos... thank you so much. We love maple syrup and it was great to see all the products - even maple sausage on a bun, I think that would be tasty especially with fried onions! I loved the hand made rocking chair and those gorgeous metal plant holders. I'd have had a great time walking through there and your post really brought it to us. Cheers now xx

It looks like quite a lot of things to do at that event!