We still have a moderate drought

This is an important consideration for our southeastern Ontario region. Rideau Valley Conservation Authority (RVCA) sent out a memo.


Drought Condition Downgraded to Moderate
The drought status in the Rideau River watershed is being downgraded to “Moderate” because recent precipitation has generally increased flows in area streams. Kemptville Creek flows are about 130% of the historical average, or normal, for the time of year as a result of October rain and November snowmelt.

Other recorded streamflows are above 60% of normal which has 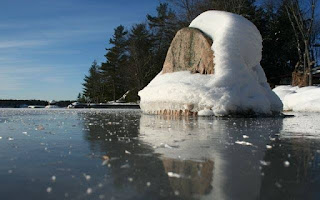 led to the downgrade of the drought status. However, the Tay River out of Bobs Lake has not had the same precipitation and is at only 10% of the normal flow. This indicates that the drought is not fully over despite there being snow on the ground. Some of the smallest streams in the upper watershed still have minimal flows.

All watershed residents are encouraged to continue to conserve water. With the onset of cold weather and reduced recharge of groundwater, residents who take from wells could still find low supplies of water.

Along with the four Rideau Canal reservoir lakes, levels on the other lakes in the watershed have also had lower levels than residents are used to through the year. A threat to boat navigation through the summer, rocks and shoals that were exposed with the low water levels will be a threat to snowmobilers once icesheets are established.


Relevant information sources are as follows:

It's probably not a good year to build an ice rink in southeastern Ontario. It just depends upon where you live! 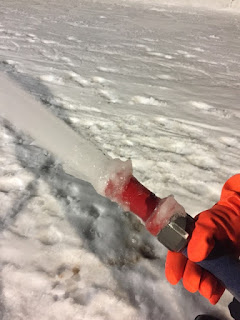 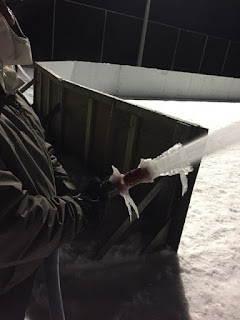 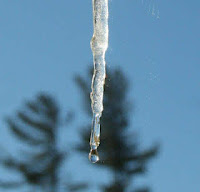 We had such a dry summer- we need a snowy winter and a slow melt to make up for it.

Hari OM
Nature is so uneven-handed at times; we've been in a 'dishwasher' of a storm and the wet stuff in excess. hey ho. Anyway, they are predicting temps in the mid teens tomorrow; warmest xxy in 120 years. Crazy.

That aside - have a wonderful day tomorrow you two!!! HUGGIES FROM AFAR. YAM xx

So once your snow it gone it could be very dry with those amounts of water.

Our lake is lower than we've ever seen it in the winter and even with the new rain and snow it isn't going up. They are working on the dam so I'm guess they have it way open during all the work. Fortunately we have more snow than normal so we should get a good spring runoff to full us up before summer. - Margy

It's very positive to see conditions improve. Hopefully, that will continue.