Playtime in the snow

Off we went to the wetland. The island is one of Daisy's favourite places.

The snow was full of springtails, more commonly known as snowfleas! 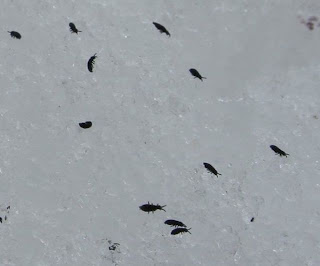 I spotted a robin. The local birders have been noting how many robins have chosen not to migrate. We've had one or two for the last few winters, but they've been spotting hundreds who gather for safety and warmth. They eat fruits and insects, lots of worms, but seem to be able to survive on just fruits. This one was on the far side of the wetland island. Their chirping is so lovely!


Robin in the snow from Jennifer Jilks on Vimeo.

Meanwhile, daisy and I were ready to continue our walk. 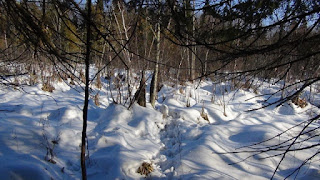 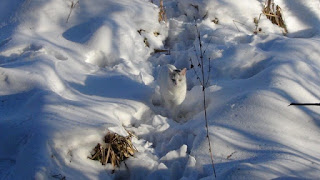 Deer beds in the snow. 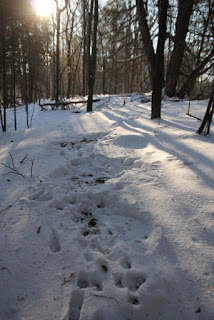 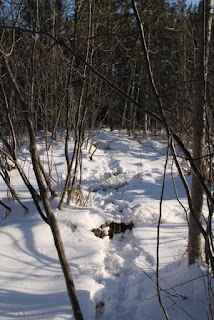 I was asked, when Daisy was playing on the frog pond, if I was worried she might fall through. I wouldn't have walked here, along the deer path, but the deer did. She avoided the slushy open spot, and seemed to know it was dangerous. 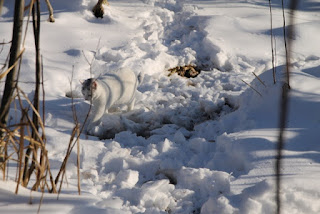 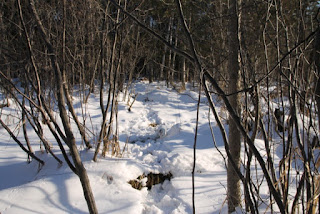 Down in the meadow, the fox (or coyote?) tracks, as well as the squirrel and rabbit tracks sparkle in the afternoon sunshine. 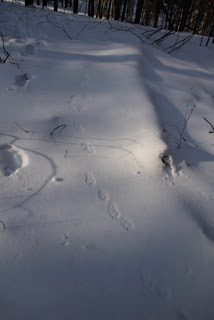 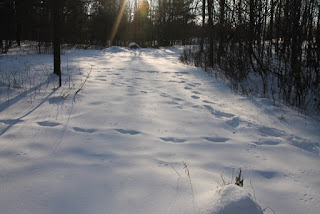 I went out for some exercise, to build a snowman. I had a helper/supervisor.

Daisy was fascinated with the snow falling off of the oak tree leaves.
I bought myself a pair of mitten clips, because the big gloves don't fit into my pockets. They are handy! Hubby bought them for me last year. 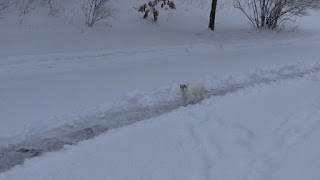 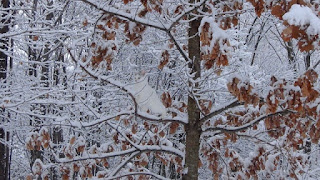 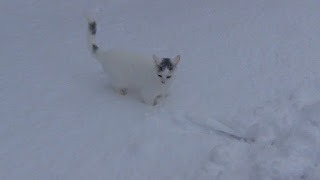 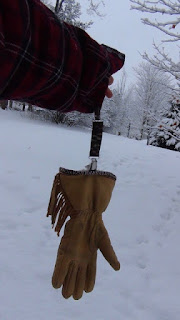 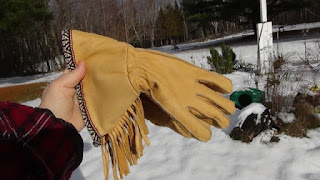 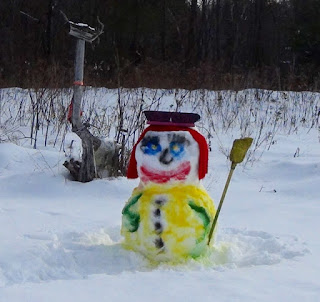 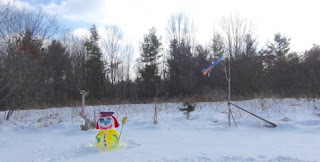 The snowman is very cute!
Not only Daisy. I am also fascinated by the snow falling on the oak trees as it appears in your picture.

That is the happiest snowman ever!!!

Daisy obviously loves getting out and about.

Hari OM
I love that you let the child out!!! YAM xx

lol, love your gloves and the snow child. :)

Our snow melted so we have a green christmas. Not fun. But wet snow is expected tomorrow and that is not fun either.

Hope your Christmas will be a good one.

I haven't seen snow fleas for year, but then I haven't looked either.

Looks like you had fun building that snow woman. The snow is the perfect consistency these days for rolling and sculpting. How cheery to have a robin stay all winter.

We never heard of snow fleas before. Yech.