This is my monthly archive of precipitation data. September is here.


Rain, thunder and lightning & another 1.2 mm

My kids were canoe camping in Algonquin Park, thankfully they didn't have any storms!

So far no injuries reported but a scary scene in southwestern Ontario earlier this evening. https://t.co/rFIF1sCYZ1
— Jay Scotland (@JayScotland) August 25, 2016 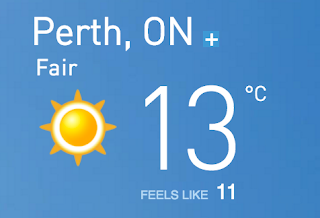 What a glorious rain! August is looking to be closer to normal. 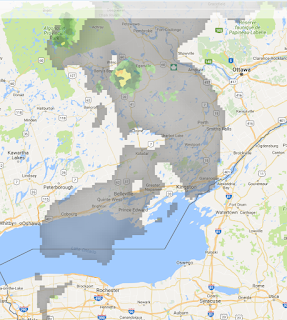 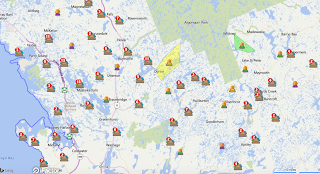 Sadly, there are many without power in the 'Lake Effect Snow' area, west of Georgian Bay this morning, Aug. 17th.

They anticipate getting them back up by midnight Aug. 17th, 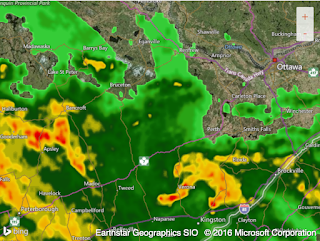 They predict 50mm rain for us for Tuesday. We'll see. We are usually the 'stone in the river.' Where the clouds dissipate before they get here. I do hope more rain is on its way. Too many fires about. 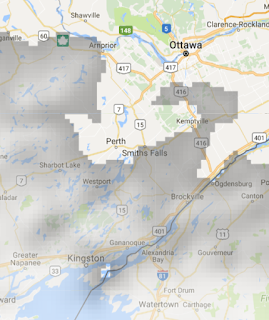 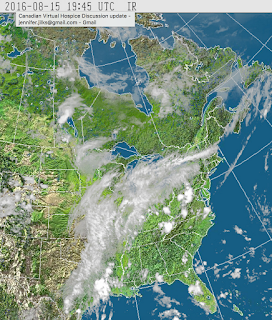 
Not as much as they'd predicted...

Water levels in the Rideau Canal reservoir lakes, Bobs, Wolfe, Upper Rideau and Big Rideau, are about 30 centimetres below what are typical for this time of year. The lake levels now are what is usually seen in late September - early October on three of the lakes.

Levels on non-reservoir lakes have also continued to decline assisted to a large extent by evaporation of as much as 2.5 cm per day due to the recent 30 degree temperatures. Boaters on all lakes will need to be careful to avoid newly exposed shoals and rocks as levels drop.
It's time to cut back:


Typical residential indoor water use breakdown across the United States and Canada is: 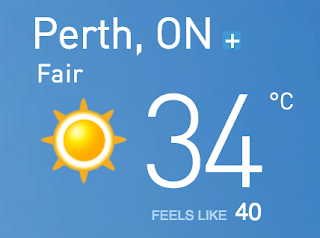 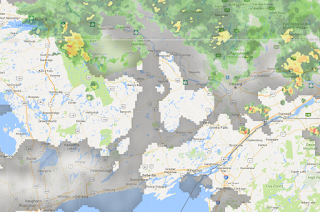 We're the "stone in the river." The rain clouds dissipate before they get to us on land, farther away from the Great lakes.

You can check forest fires in Ontario

There have been four, to date.

You can check drought conditions in Quebec, and in Ontario.

What a lovely storm! We were away, but my daughter checked the gauge!

We still need more rain. And lots of it.