Delightful town of Smiths Falls has had its ups and downs

Smiths Falls has sure had its ups and downs. It used to be a great transportation route, with the Rideau Canal linking Ottawa to Brockville, Kingston and Toronto in days of old when boats were the way to travel. Even tourism is down on the Rideau Canal. People tend to be in too much of a hurry to speed their way to their vacations, rather than boating lazily along the still waters. Small towns on the canal have lost business, canal hours were reduced with cutbacks.

Smiths Falls was a thriving, busy place in its early years (1800s). It was a Rideau Canal town, upon which people depended to get goods to market. It's much more of a commuter town these days, with much unemployment, and ODSP housing.
There aren't the tourist shops that towns like Perth and Almonte have, with intriguing Mom & Pop businesses, antique stores, cafés and the like. They do have several museums.
Smiths Falls lost 1700 jobs in a short period of time, in the 2008 recession. It's shameful, really. Yet they hosted 640 victims of an August, 2011 forest fire, including 200 children at short notice in the old Rideau Regional, now the Gallipeau Centre. They've done a ton of fundraising ($200,000) for the young hockey player, Neil Doef (17), disabled in a tournament in Winnipeg.

Paying poor people in foreign countries slave wages seems wrong to me. Sure, I can buy an $8.00 t-shirt, but it won't last, and it's just wrong. Hiring foreign workers, and paying them less than individual province's minimum wages, is wrong. Minimum wage in Ontario goes up to $11.25 in the fall. I think this is a good move. Nestlé, a Swiss firm, pays its board of directors members an obscene salary in the millions of dollars. I'm sure the other big stores do the same.

What else has shut down operations in Smiths Falls? 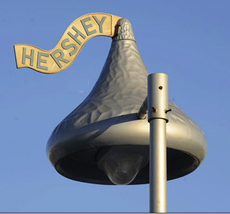 Hershey - 2008  It was terrific when Tweed opened up in the old Hershey plant. They'd been looking for a new business there for years.

The old Rideau Regional was in the news with horrible stories of abuse. Its facilities have a pool, full industrial kitchen, a gym, and they are planning on opening Two Rivers Food Hub there, however, local farmers are not confident with its business plan. Local farmers are unable to provide locovore food to big grocers who demand high volume.

Aug 2, 2011 - The former Rideau Regional Centre in Smiths Falls will once again be empty on ... Ottawa hosts hundreds evacuated from fire zone ...

Nov 27, 2014 - The last workers at a Smiths Falls packaging plant leave the facility today, after the company lost it major customer Unilever in 2013. (77 employees) 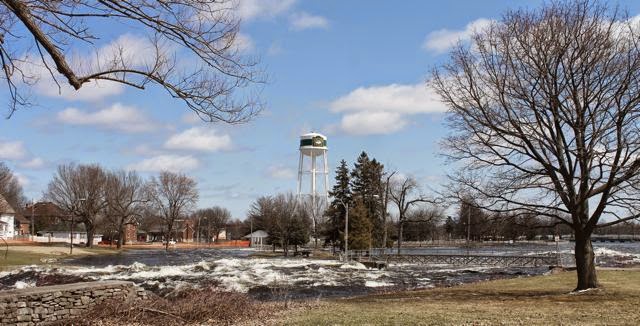 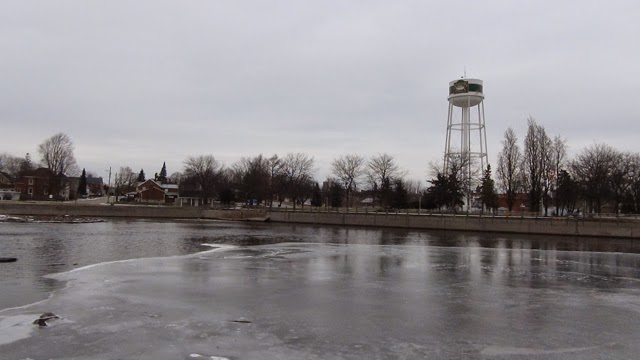 The Zellers store facility, bought by Target, with the store renovated. Target closes today, losing 100 jobs. The new pharmacy in Target similarly closed, staffed by a beloved pharmacist, who was killed in a car incident March 2nd.

Marques had been working as a pharmacist since 1976, and moved to the Smiths Falls area in 1983. He worked for many years at Zellers at the County Fair Mall before joining Murad in the opening of the Target pharmacy. Smiths Falls’ Remedy’sRX opened its doors on Feb. 25, only days before Marques’ fatal accident.

It is tough for the businesses. Especially the small store owner.. I do feel sorry for the hard workers who are making minimum wages.. Enjoy your Tuesday!

Yes, picturesque Smths Falls has been a victim of too many closures. I stopped there last summer to enjoy the beauty of the marina and to admire the sturdy old buildings. Oh, and I joined the stampeding herd to buy a Tim Horton's coffee and donut. I had two boxes of just purchased honey bees in my car that needed liberation or I would have stayed longer.

Smith's Falls is a lovely town... and it's been hit by too many of these closures, with a federal government particularly that doesn't give a damn.

Hari OM
This is a global problem...neither is it new. The Big Shark has always gobbled or at least maimed the Small Fry. Regardless of implementations and 'settings to rights', it will ever be so. Each individual in the entire population must reach the level of understanding not "what's in it for me" but "share and share alike"; this might happen. Eventually. When enough voices of conscience have been heard. Keep shouting Jenn.... I'll join you! YAM xx

we will be moving to a small town in the countryside eventually when dh retires. Never thought of Smith Falls and that area.

It's sad that there are rules that allow products to be imported that are produced by slave labor. It's sad that local businesses have to close.