What a busy day –a couple near misses, too!

Yes, off we went. It is a 35 minute drive to visit our dentist. Off we went. for our 11:00 a.m. appointments. I was eagerly hoping to see a Snowy owl, like all the rest of the world, and had my zoom lens all hooked up, heavy in my lap. Several people have seen them, one along highway #7, where we were driving, and one in Perth, too.
No owls. Again. Sigh.

About to turn into Carleton Place, to turn left and drive north up highway 29 off of highway #7, the car in front had an issue. S/he couldn't make our turn. We sat and waited behind the car in front of us.
There was a car blocking the northbound lane. Some dippy driver was sitting BESIDE a left turning car (black car), in the correct lane, trying to make a left turn.
We had to sit and wait for the light. Funnily enough, there was an OPP SUV that stopped to talk to her, wondering what the heck she was doing. You can't really see the white car in the first photo, but in the 2nd photo, she does a quickie reverse to get behind the properly turning black car. 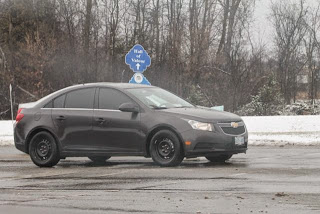 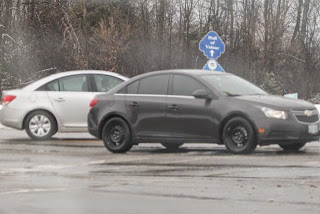 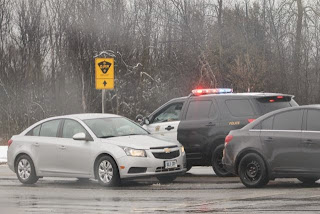 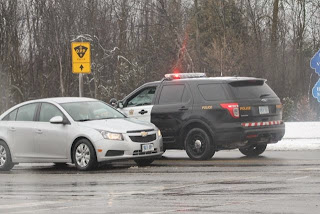 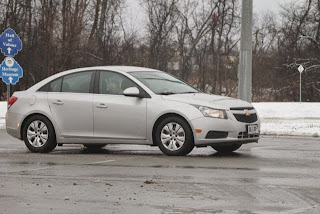 We made it to the dentist. 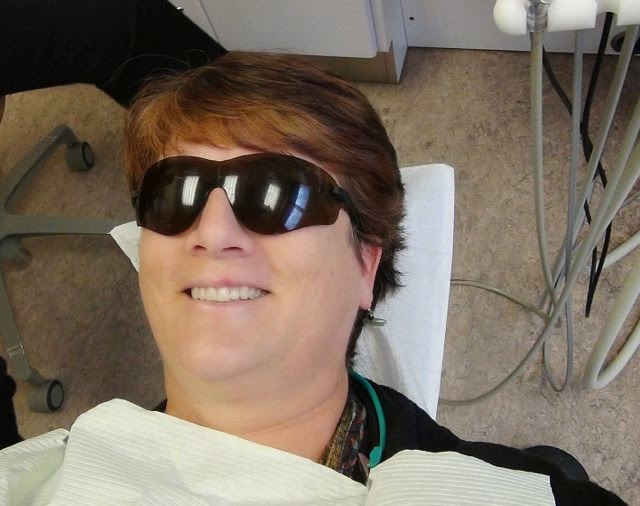 Quite a snowy day! On the way home driving west to home along Highway #7, another yahoo.
Just before I took the first photo, this guy veered into the oncoming lane, checking to see why they were going so slowly. Of course, the guy with the trailer was slowing down to turn. Heaven forbid red car dude would have to do less than the 120km he'd been doing when he passed us, on a double-yellow line, 5 minutes ago.

Red car dude speeds up, about to pass the truck in the left turn lane a few metres later, despite the fact that there was a clearly marked passing lane 500m further west. He's tailing the truck. He ran out of a turn lane, or he would have passed him.

We arrive at the passing lane, which we find frequently all along highway #7, and red care dude speeds along. Another car passes us, the white car, doing 90km in an 80. Two minutes later, doing 90km/hour, we spotted him turning right. He lives in the area, methinks, and was risking our lives showing off. 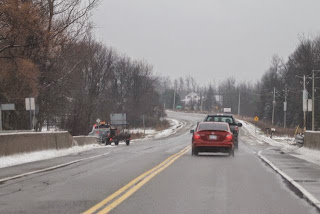 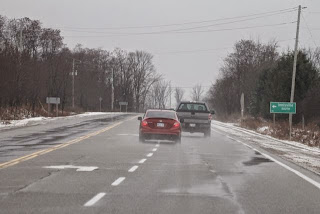 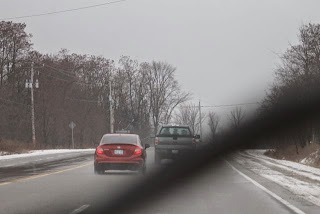 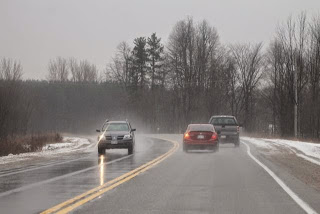 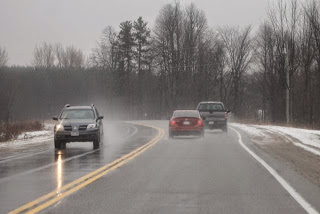 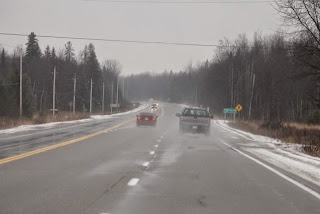 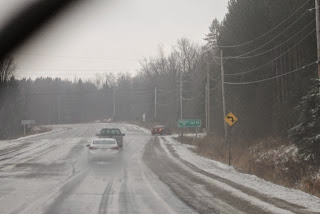 Finally, we made it back to Perth, where I had my hair cut, we had lunch at the pub, and we took a deep breath.

We made it home, and I took the cats out for walkies. Sady waited in the window, as she doesn't like the other cats. It was nice stress release after our big drive! 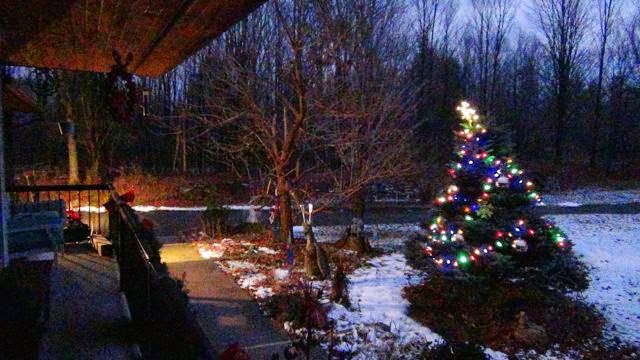 A harrowing drive for sure. I try not to think about all the crazies on the road. I would never go anywhere, if I did. The photo of you is lovely. Nice haircut!

Nice to see you! Your house is looking festive.

Drivers like that, sooner or later their luck runs out and they die spectacularly. Unfortunately they often take people who don't deserve to die with them.

Hari OM
Strewth, on the spot reporting there!!! Clearly owls would have been a more soothing option... Love the new cut &*> YAM xx

you have pretty blue eyes Jenn!

Lovely lights, super haircut, and down here we have the same crazy drivers!! Maybe they are related!
Have a fun weekend..Jean