S/he obviously has a broken wing.

Broken-winged goose from Jennifer Jilks on Vimeo.
On the Tay River in Perth. This goose has a broken wing. I took it some food today.

I finally managed to phone the local  Wild Bird Care Centre. I remember when we visited it for a tour before they moved to their Moodie Dr. They were located in Nepean in the basement of Kathy's house!
I've watched Canada Geese when we lived on the lake. These are Muskoka Geese! Yes, they are giant poopers, but once they move north to raise a brood, they are out of the university campuses and all! 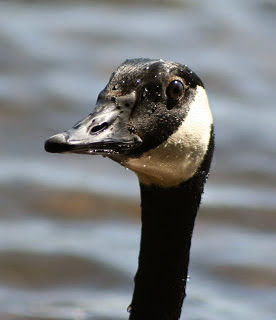 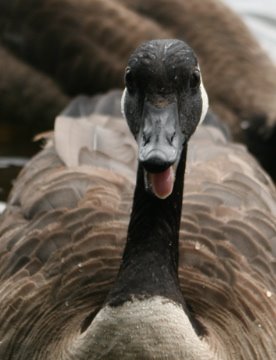 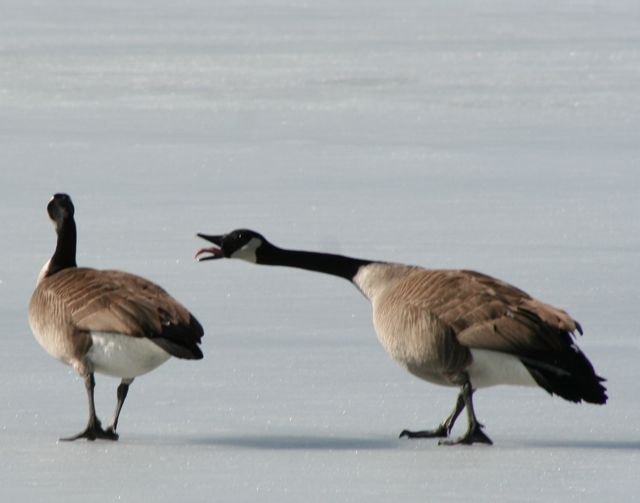 This is what they said:
I made a donation, in memory of my late parents who adored animals!

Eventually, the Tay River will mostly freeze over. Right now its running and she's slipping into the river for safety. She will get weak, when things freeze over, and may be easier to catch.
What was cool is she had a male mallard for a companion the previous day.

She'll be susceptible to predators, if we have any in town.
Even domestic dogs.
She has a buddy, but the mallard wasn't there when I visited yesterday.
I feel so badly and hope s/he isn't in pain. 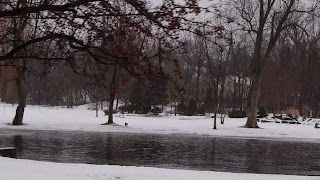 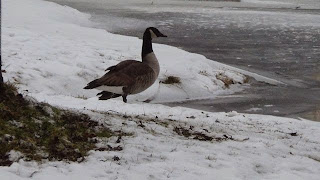 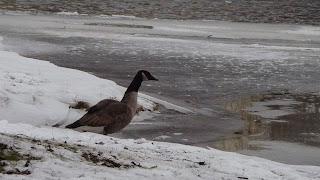 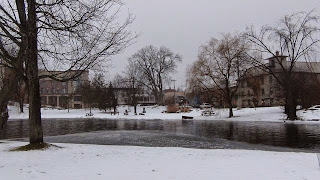 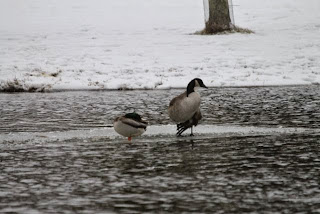 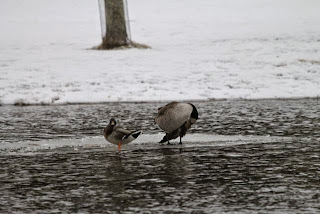 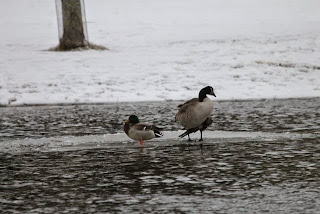 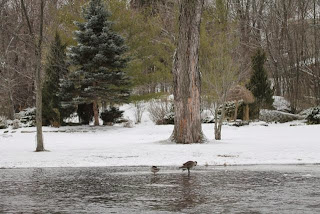 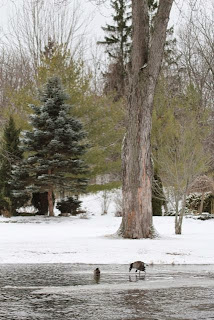 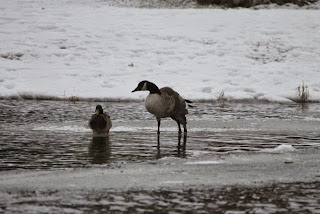 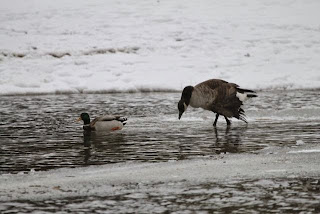 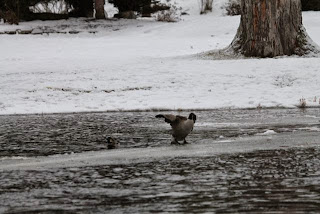 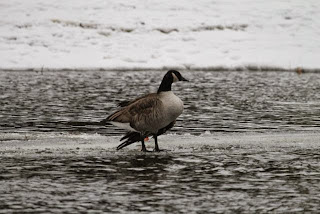 Poor goose, I hope she survives the winter.. Merry Christmas to you and your family!

Injured birds like this are a rather sad sight. What would happen if we weren't here?

Hari Om
Oh my - I too pray for her relief and safety. What wonderful shots you got though... YAM xx

Poor thing. I hope she can be brought in safely for care.

Nature can be so tough. You have a big heart! Hope you are having a merry Christmas today. - Margy

Well, if anyone can catch her/him, you can, and I know in your heart how you are feeling right now. Sending positive wishes for a safe outcome, Happy Christmas to you both, the deer, the feline family, and your goose too, from Jean. p.s. Hope Sadie is on the mend, have they looked in her throat to see if any grass is blocked across a long way down?

What are you going to do next? I'm in the exact same boat - a Canada goose with a broken wing on my waterfront property, and I have a plan. I'm curious to know if you have thought of anything you can do?

Whatever did you end up doing with the goose? I have a goose right now in my backyard pond that looks the same. Just so sad. I've been feeding it. The wildlife center said they won't help it with a broken wing and would euthanize it.

You poor thing, Jane. It ended higher up the river where someone was feeding it. I think you just have to let nature take its course. I just loathed the idea of it starving to death.