What is happening with CBC Radio and Television?

I began listening to CBC when home with my kids. My youngest turns 28 this week. The eldest 34 this year. I am a long CBC Ottawa radio fan. I should be in their demographic, CBCs target audience, being retired, but I am not. I cannot get an interview regarding my book. I cannot even find local radio hosts who are supportive of my ideas. I now know why.

I read a fabulous editorial. Here is a snippet:

By CHRIS COBB, Ottawa Citizen March 2, 2013 If you listen carefully, any day of the week you can hear the Canadian Broadcasting Corp. creaking under the weight of its financial burden. A $115-million cut to its $1.1-billion federal subsidy, NHL hockey rights with a $100-million-a-season price tag, two expensive U.S. television game shows and pricey in-house TV drama productions — all of them wrapped in an unexpected recession — have cost the public broadcaster dearly. 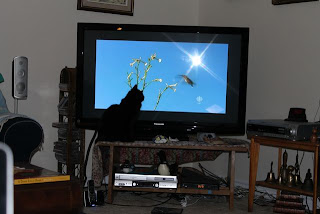 This is something that has bothered me endlessly. With the huge US media influence, we have to work hard to find Canadian information. We find CBC covering horrific US news, without discussing the impact on Canadians. And if there is no impact, perhaps we best leave that coverage to CNN. Radio is an important part of my life, and the life of many people I know. We turn it on, listen to entertaining programs, and use it to accompany us on a drive, while we do dishes, write, a great part of the day.

I first became aware of the change in CBC when they stopped broadcasting only classical music on CBC 2 a few years ago. The uproar in my blog community was loud. They lost 30% of listeners in that mistake, Cobb tells us. Of course, it impacted a goodly segment of my generation and my friends. Classical devotees who didn't want a lot of chatter, free prizes, or discussion of inane topics. Just great music played by Canadian musicians. They are toying with placing ads, asking the CRTC for this option. Really.

CBC 1, too, has been hi-jacked. I loved listening to Anthony Germain on CBO Morning. He was a political animal who pursued good stories, in-depth, with thoughtful, entertaining and educational discourse. As I got ready to go into work, I was challenged to think. He had Fridays off to prepare for the Saturday morning political show, The House. Ottawa was the perfect place for him to be located. We are political animals and enjoyed his shows. They sent him to China to learn the language, this before the 2008 Beijing Olympics. That was a lesson in expensive budgets methinks. The Chinese government wouldn't let him cover many stories! He's back in the Maritimes and Ottawa misses him.

Cheap Talk Radio
Listeners who didn't want the talk radio type of air pollution best left to the AM stations, now have to put up with this as the norm on CBC. Rudeness, toilet humour, and the like. They are begging for higher ratings, and it is dreary. Sure, they are drawing more of the young people, but what about us old farts? We're the ones with disposable incomes, time to listen to the radio, and have embraced the opportunity to carry on with our day with the radio humming along in the background. We Boomers don't seem to be able raise a canon.

CBC management and corporate culture more concerned with Twitter comments than deep conversations. I must admit to being somewhat discouraged with the media these days. The 40-somethings who host run shallow, closed-minded interviews, music snobs who are critical of all but their favourite musicians and genres. They encounter those of us who respectfully disagree, and we are blocked. Shows like Jian Ghomeshis's Q, aimed at target US audiences, interviews far too many American authors and musicians for my taste. I want to hear Canadians on the Canadian Broadcasting Corporation. I created a chart, most of his guests were Americans. CBC is trying to sell the show in the US. What a mistake.

Those in the know, like Jeffrey Dvorkin, are making my case. Dvorkin blogged about Political Journalists and Entitlements. Another good read!


Have you been hearing this kind of thing? Cobb tells us about three issues.

Rip and Read
Every morning, at 5:30, the host rips and reads the headlines from other broadcast media. If I wanted to hear about what is going on in the UK, I turn to the BBC News. Canadian journalists contribute little of the Canadian perspective, and do not cover the impact on Canadians, for their is little, and I am best to turn the source of the news. Melts are a horrible way to produce news. 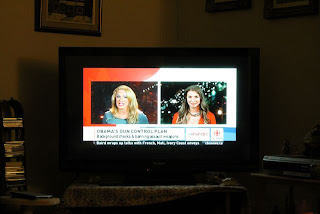 Melts
This is when a broadcaster searches various media sources of information and depends upon them for their information. They lack credibility, first-hand information,

If-it-bleeds-it-leads
Blood and guts and 'how do you feel' stories, about people who have lost family or friends. It does put off the listener, so Cobb assures us. We don't want to hear these terrible stories without hearing about what can be done, how to combat particular issues, not just footage of people crying over lost dreams, or lost hopes. We want to know why these things are happening. We want to know what people are doing about it as agencies, or governments. In fact, crime is down, but this isn't news.
Could they not show restraint in the face of grieving parents, for example?
I would be ever so grateful if they would not shove microphones in the faces of those who deal with unbearable grief and ask how they are feeling.


Why the crime rate is irrelevant

Statistics Canada reported recently that crime is down five per cent, and serious crime is down six per cent. ...
Posted by Jenn Jilks at 17:08

I'm with you as a CBC supporter. Yes things change from time to time but I think they have to vary things to keep it interesting. What bothers me are Harper's cuts. There comes a time when limited money really hurts quality.

Hi Jennifer: Tried to comment on your blog, but couldn't figure out the sign-in procedure.

If you want to post the following comment from me, feel free: Yes, CBC standards are slipping after decades of budget cuts. A chart from Friends of Canadian Broadcasting shows that more than a third of Mother Corp's budget has been cut since 1991, the year the Mulroney government passed a new Broadcasting Act imposing many obligations on the CBC. So-called "melts" on CBC radio news are becoming more and more common too. I wrote about that issue recently on my Mediaspin blog.