Perth is perky in winter

I had an appointment in town. A chilly day, it pays to bundle up. I thought of my teacher friends out on yard duty. Brrrr. It is joyful to walk outdoors when you want to. Lovely to see the deep blue of the sky on such a cold day. It was -13 C. this morning. 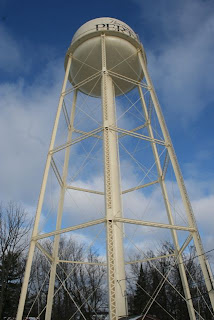 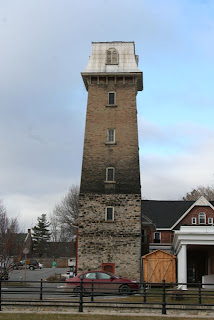 Perth military settlement 1818
"Scottish emigrants, quartered in barracks at Brockville during the winter of 1815-16, and soldiers discharged from the Glengarry Light INfantry and the De Meuron and De Watteville regiments, formed a majority of the original settlers. In March, 1816, a central depot was established on the site of Perth, and by October the settlement contained some 1500 persons."
Posted by Jenn Jilks at 15:49

Nicely done! I have always liked Perth too! It is a pretty town.

Brrr! But beautiful, so beautiful. It is wet and gray here at the (No)Lake. I can relate to the difference between being outside because you want to and because you have to.

Perth looks like a nice place. Waaaay to cold for me though.

'Tis cold! You're right, Sallie. Or being out because your stupid principal doubled up the yard duty!