On this day, the 21st anniversary of the 14 women murdered in École Polytechnique massacre in Quebec. The December 6th story is a sad one.
Women have fought so hard for equality, for maternity leave, and the right to attend university, to vote (USA: Victoria Park, 1919; 1927 in Canada), to be declared 'persons' .
In 1989, a male anti-feminist murdered 14 female engineering students. Targeting women, it was the first time that this type of random violence was directed at women. He entered a classroom and told the men to leave. His rant, obviously a seriously disturbed man, who blamed women for his issues. This man was rejected by the army for irrational behaviour. He screamed out at the victims that he hated feminists, they "ruined his life", he wrote in his suicide letter. Nathalie Provost survived, and graduated engineering. She spoke out.
YET THE VIOLENCE CONTINUES ACROSS CANADA.
More recently:
The statistics: 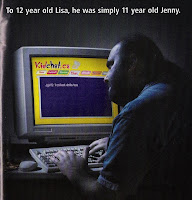 Most are murdered by men whom they know, not strangers, although not all.
In 2008, wrote the Globe & Mail, 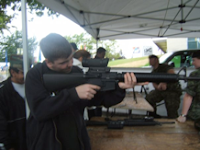 There is much coverage accorded our precious soldiers who have died in battle. Little about these abused women, and often their children, who die at the hands of their former partners, all angry men. Restraining orders are not widely upheld.
Fleeing abuse is a difficult prospect. See my previous posts: Muskoka Housing Statistics and The myths of Muskoka Housing.
Many blame Mike Harris' mid-90s cuts to women's services, social assistance and housing. Women's shelters have to turn away victims of violence.
The statistics often are not reflected in skewed media coverage. Canadians publicly mourn 153 soldiers dying in Afghanistan, yet...
Between 2000 and 2006
The Natalia Novak murder or the beloved Toronto real estate agent, Susan Ryan, murdered by her former Toronto police officer husband. They need to have their stories told.
I leave you with hope.
Despite such horrific inquests, inadequate restraining orders, and continued stories of abuse, the May/Iles Inquest 1998, was one that laid down the rules for identification of protocol, mandatory charge policies, specialized courses for OPP, and other improvements to this system:
Getting Out - from VioletNet.org

Do  not be a bystander.
If you are not part of the solution, you are part of the problem.
Posted by Jenn Jilks at 08:58

Wow, great post. I'm not proud to admit that I do not remember the 1989 killings of the women.