JB went walkies with the cats. He took his little camera and captured some moments. They are a bit fast for the camera, but rather than artsy, you get the picture! 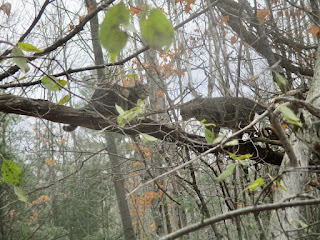 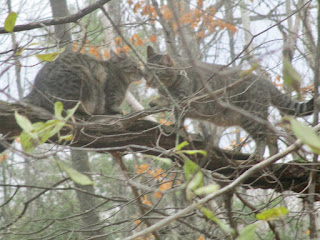 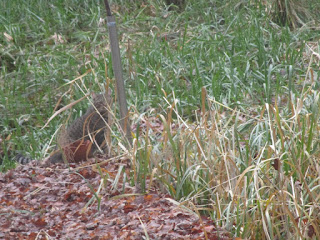 I caught the event on the trailcam. This was fun to see. They have good times! The doe and juvenile were feeding on the pumpkin when they heard someone coming!
It's been a tad chilly, and gloves are required some of the time. I love these, they are perfect when I want to plug in the garage door code, or insert or remove an SD card. 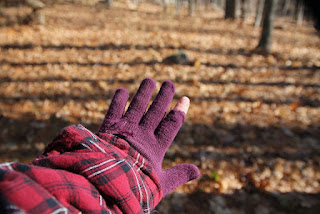 Sunday was productive. It warmed up, the sun came out, on a Sunday, and I worked in a sweatshirt. First job was to clean the car window. After that, I looked at the floor mats and decided something had to be done. The dustbuster was hauled out, plugged in, and off I went. Washing the floor mats helped. I'm still not satisfied, but it is much better. next job, the dashcam. 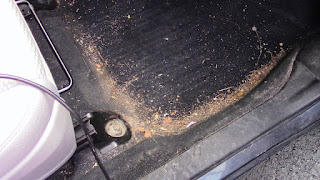 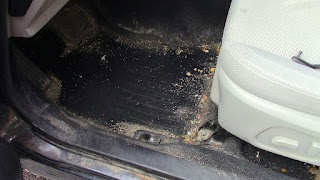 I had a helper!
I had a challenge to reattach the dashcam to the windshield, now that it is clean. It just fell off and was dangling. It took three tries. I gave up. I decided to use some double-sided carpet tape. So far, so good.

The wetland is getting wetter and wetter, the frogpond is looking good. The water protects the hibernating critters. Although Cinnamon and I spotted TWO frogs in the goldfish pond. He was excited. 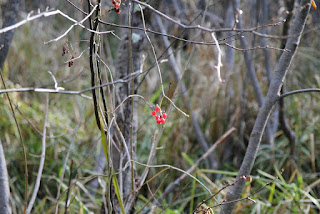 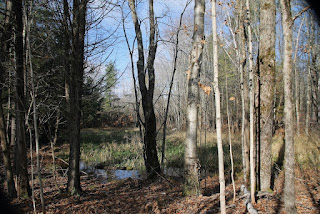 I decided to clear the leaves off of the dock. If I walked up to the house, I'd forget what I was after (a rake) so I used my foot! In these freeze/thaw temperatures it doesn't do the wood any good. 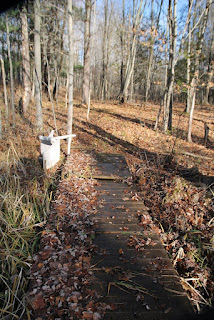 The cats can smell that the deer have been around.

They usually pass him, John! Cinnamon leads when I walk with him. Nutmeg likes to be in front.

Greetings! I need to clean my car windows and mats too. It will have to wait until after Thanksgiving though.

It looks like the cats had a fun walk!

Dirty paw prints!!! And the deer racing off, they must have heard a man and his cats from a long way off.

I love that he goes on walks with the cats.