I had the fountain going. There are pieces that are broken. Last year (Our trip is over, time to get to work; June, 2018), I fixed it up, again.

I was out doing the lawn. Everything ground to a halt. At least I wasn't electrocuted. I sliced right through the pump cord, AND the 100' extension cord. I thought I'd tucked the cord into the ground, but no. 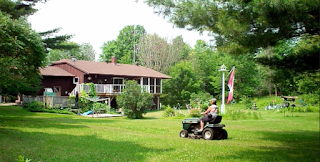 The fountain was a gift to JB for our anniversary. 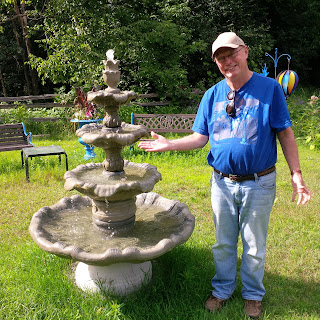 Anyway, I've broken a couple of the pieces over the years. OK, Plan A. JB went to the store and grabbed me a replacement male plug. They are quite simple. They are quite common, too. I'm not the only one who does this. 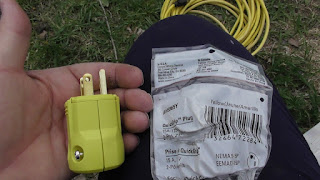 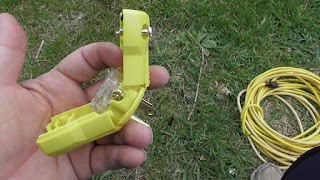 It still didn't work. Well, it did work, and then it didn't. 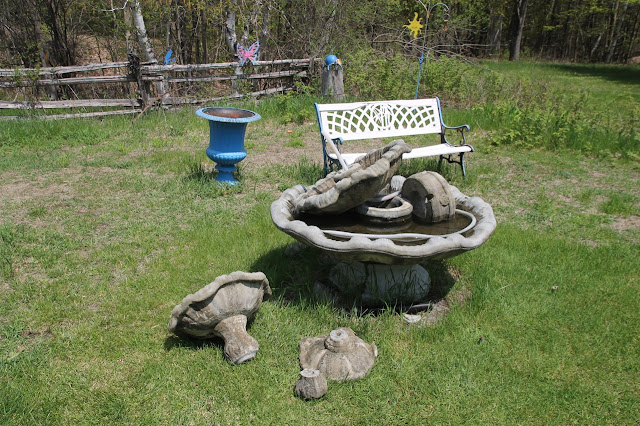 I found this online at Crappy Tire, printed it off, and sent JB in to get it. The town was PACKED with people. Poor JB. I know Red wrote about the traditional May 2-4 weekend in Canada. Cottage are opened, hydro turned on, water hooked back up, swearing ensues as people go into the hardware store for parts.

He helped me steady it, and, voilà ! It's a bit wobbly. Originally, they install it with a solid piece of copper pipe. I cannot lift the pieces onto this. They are just too heavy and I am not very tall. I replaced the copper with some tubing at the bottom. We may have to go back to Hansen's and get two replacement tiers and a new topper. 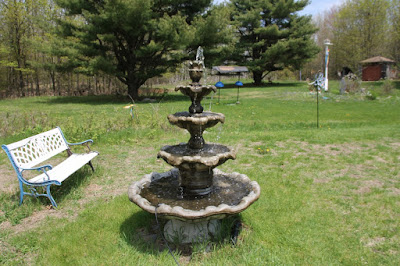 It was a lovely, sunny day, but the clouds were rolling in. JB suggested we go to the pub in Carleton Place, as they have an afternoon Blues band.

The wetland is brown, for now, the trees are filling in nicely. 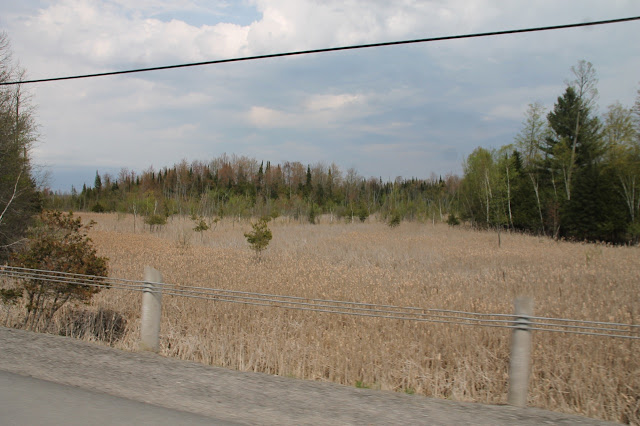 It was sunny, but the clouds were rolling in. There were many people biking, out doing their lawns, playing in gardens, and shopping in town.  The town was packed. 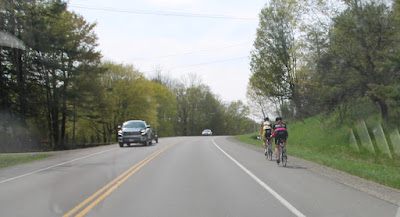 I noticed a nest at the wildlife centre. We'll have to go visit. Can you see it?! 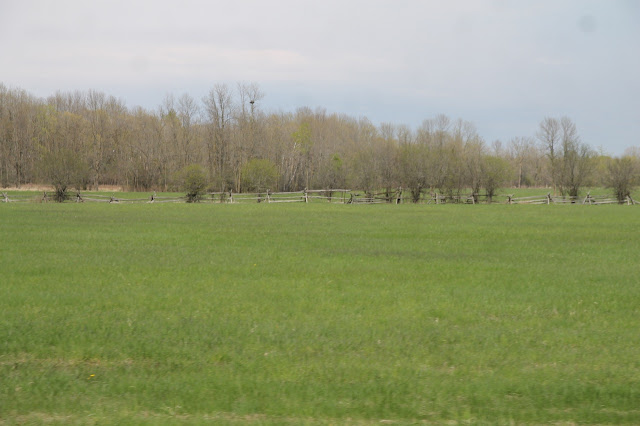 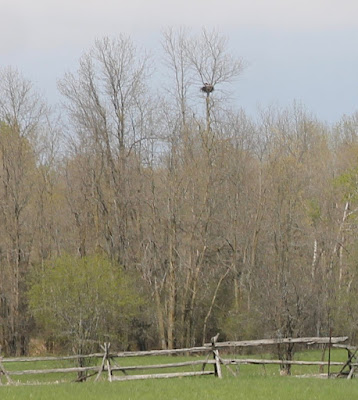 The retirement home is coming along. I've been taking photos all along. 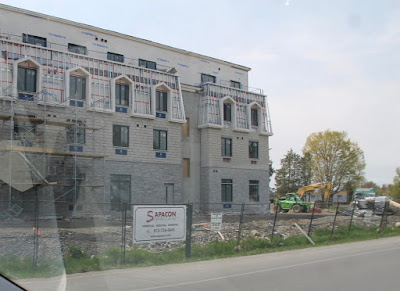 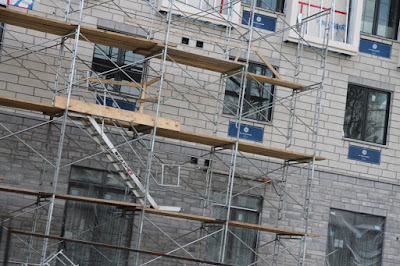 Does this restaurant look vaguely familiar, but not?! 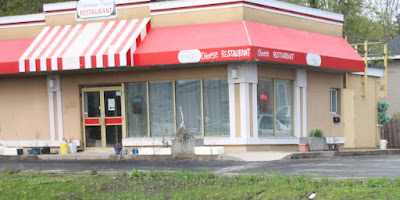 We hunkered down in a corner to watch the band by 4 p.m. Outside, it was pouring rain. We had dinner there, too. 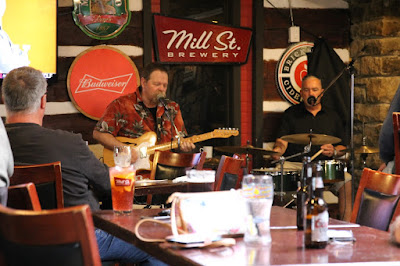 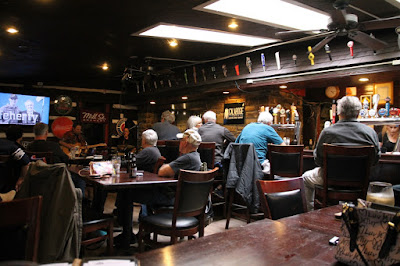 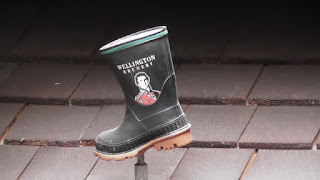 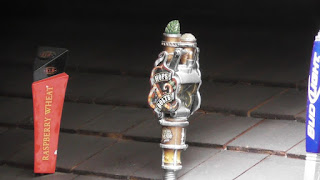 I love the brickwork on this building in Carleton Place. Following dinner, back home we went. 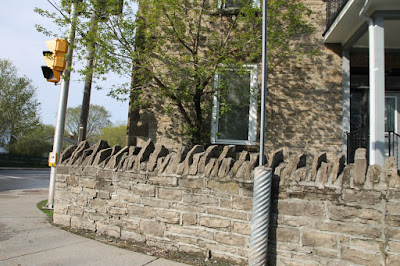 This may lead to a sketch! 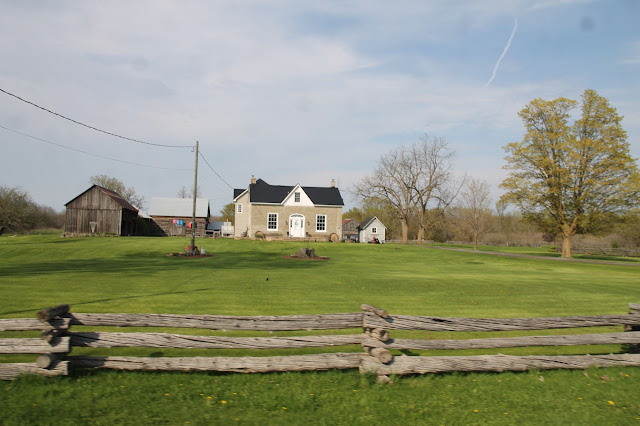 It's been a bit rainy, which is not unusual for May. It's the colder temperatures that haven't been fun. Things are greening up, though! 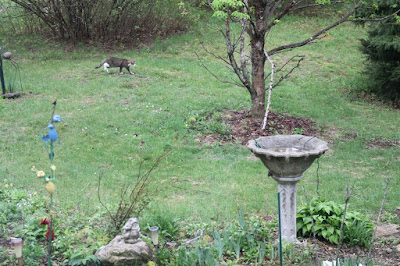 It didn't rain here until the evening. I braved the crowds at a garden centre and then spent the day planting things. It was nice!

you are so handy, hope the pump works!

Can you replace the copper pipe with plastic tubing?

My daughter will be working at that retirement home.

I'm sorry to hear about your accident with the cord to the fountain, but I will admit I was relieved to know I'm not the only one known to do such things. I'm glad you got the fountain working again.

Rotten luck with the power cord.

It was quite crowded down at Commissioners Park yesterday for the last full day of the tulip festival, but things should be quieter now. The tulips themselves are still in good shape- and some not even in bloom yet.