This is a timely book. My late parents' adored ball team, the Blue Jays, had their season opener today, Thursday, March 29th in Toronto. Baseball is fun for both young and old! 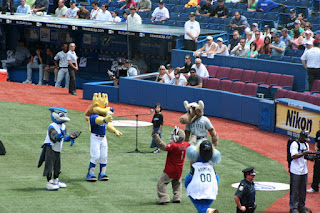 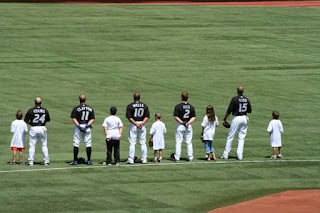 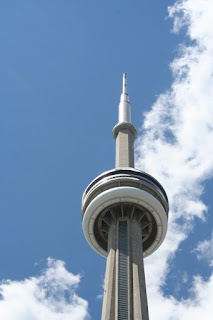 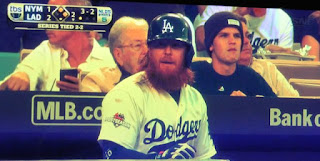 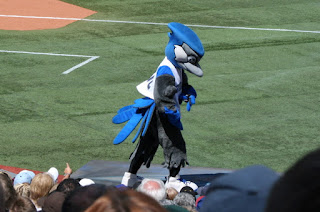 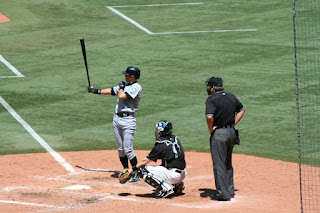 In these times of increasing reports of racism, violence, immigration issues, and the Syrian refugee crisis, this is a timely book for kids.

I taught in many multicultural,  ethnic schools. We had many kids of diverse backgrounds. Some, refugees of The Gulf War, and Vietnamese Boat People, and others :economic immigrants, with wealthy, gainfully employed computer techies, who taught us so much in my classrooms.

The story opens with Amira talking to her classmates about the refugee camp, where she lived. This is a great way to teach youngsters, if they cannot speak to actual immigrants.

The illustrations are excellent. It is inclusive, and features both boys and girls, as well as a mixture of ethnic students. There is a vocabulary list at the end, as well as questions for readers.

Also, there is an explanation on "What it means to be an American." My only issue with the explanation is that it states that Christopher Columbus 'discovered' America. Our First Nations had cities, nations, regional empires, and governments, and this isn't a politically correct statement.
Considering that Indigenous people have lived on this continent for over 20,000 years, this isn't true. Not only that, but Columbus never actually set foot on North America. He monetized it, and exploited it, and was a pirate, funded by Spain! (By the way, the Norse arrived much earlier, in eastern Canada!)

Christofora, a father and little league coach, hopes his books will inspire children to play outside more often. A devotee of America's pastime, he aims to teach young people about baseball and the habits of a healthy lifestyle in the form of a fun and educational bedtime story.
Posted by Jenn Jilks at 19:29

That sounds like a good one for kids to have.

Well, no better sign that Spring is upon us than the beginning of baseball season! Glad to hear about a book that helps reinforce the value of diversity!

Columbus was actually italian. The first to have touched american soil was the norvegian viking Erikson. The two are considered the discoverers of America with its indigenous people - a continent which was not geographically known to Europe at that time. America was named after a third explorer, the italian Amerigo Vespucci.

Yes, he was, Duta, but he was funded by Spain.
The point is, as with many old world countries, they have invaded and appropriated land, natural resources, and committed genocide.