The birds have been busy. The February thaw was a shock to all. We lost a ton of snow.

They are early, the red-winged blackbirds. Hubby spotted them just as he was on his way out the door to dispatch and deliver Meals on Wheels. Good eye! He spotted several of the hawks on our Wolfe Isl. trip, as they seemed to favour his side of the road! 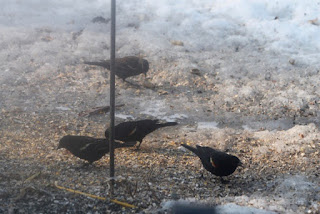 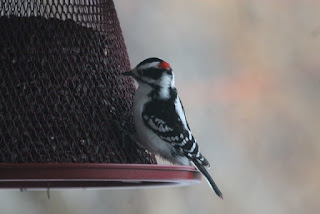 There are the robins, eating up the sumac berries. I don't think they actually left the region for the winter. 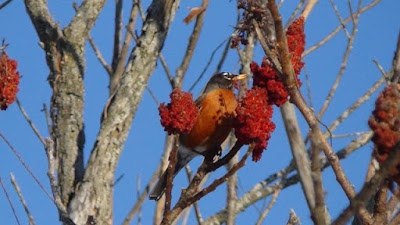 Mr. & Ms. Cardinal are making whoopee. They have been more frequent, and the mister was singing his "this is my territory, back off buster" song! You can listen on the video, if you are so inclined! Today it pours rain, so I suspect spring will be early this year. Not a good thing, since we need the late snow melt to carry us through the spring. 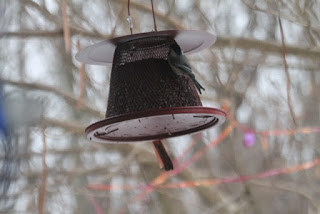 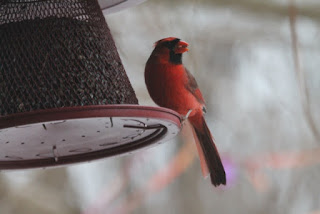 Mr. Cardinal from Jennifer Jilks on Vimeo.
Posted by Jenn Jilks at 07:31

Love the cardinals ~ neat video and photos too ~ thanks,

I haven't seen a robin yet.

I love it when the robins return. I saw one in town with a flock of starlings on the grass in the dog park. None up by the cabin yet. - Margy

Hi Jenn, a delightful post and really wonderful to watch your video and to hear the Cardinals. Cheers :D)

Hello, Jen! I love the birds and the video. Great photos. The robin shot is pretty. Thank you for linking up and sharing your post. Enjoy your day and the weekend!

Nice pics and video. Love listening to the cardinal in your video.

Lovely to see the photo's and video.
Have a good weekend

Funny that people much further south are reporting RWB's and think that they are early.

Awesome photos! How odd you lost so much snow last month!

you have a great eye to spot him so far off. the sounds are beautiful!!!