June 30, 2016 –  The precipitation indicator for Moderate Drought of 60% of normal was reached last Sunday. Rainfall since then has had a minimal impact and conditions remain very dry.

Just a bit early this morning, but welcomed! 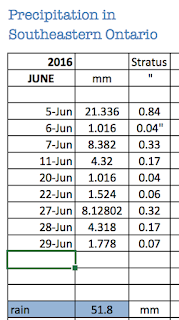 A closer look at what's happening south of Smiths Falls. This will continue NE, not a threat to #Ottawa pic.twitter.com/cmqo5Pvo7h
— Kyle Smith (@KylesWeather) June 28, 2016

Overnight, a wee drop of rain. Quite welcomed. Still down by 2/3 for the month.

I was hopeful, but not confident. We did end up with 8mm, which is far better than none. We should have had about 160mm this month. 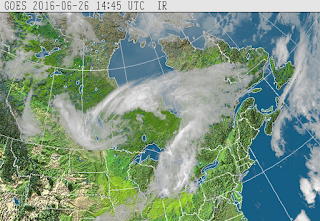 (WCS - 15/2016)
June 23, 2016 –  With no rain until Monday in weather forecasts, it is expected that the drought status for the Rideau River watershed will pass the threshold from Minor to Moderate Severity by Sunday. The amount of rain forecast for Monday will do little to reverse the trend of deepening drought.

Flows in the Rideau River at Ottawa are 15% of normal for the time of year. Larger tributary streams are about 6% of normal and many small streams are intermittent or dry. Aquatic habitat is becoming limited for all species.

Top circle likely to miss us to the north. Hoping bottom circle will stay alive and make its way towards #Ottawa pic.twitter.com/FahzbtP5l7
— Kyle Smith (@KylesWeather) June 20, 2016

A storm is brewing and a tree has fallen on a home @ Harmer and Java in Ottawa. #ottnews pic.twitter.com/ODzzZVPMCr
— Richard Nault (@JRNo) June 20, 2016

A Pembroke backyard after the fast and intense storm that just raged through. Trees down all over. @BlacksWeather pic.twitter.com/Z4HGzI5BKh
— Ryan Paulsen (@PRyanPaulsen) June 20, 2016

We're still dry as a bone. The grass is crunchy under our feet. We visited Chesterville, South Nation Conservation also has demanded residents cut back on their water.

RVCA Reports that we are back to Mild Drought Conditions.
Streamflows increased to about 50% of normal after the June 5 rain but have declined again to about 15% of normal for the time of year. The Tay looks as if it is September. At the beginning of the month we had orange: Moderately Severe Drought.

We have cloud cover, but unlikely we get rain here in SE Ontario! 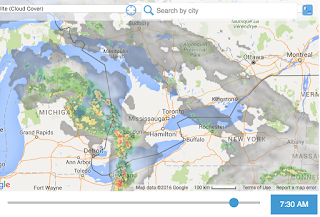 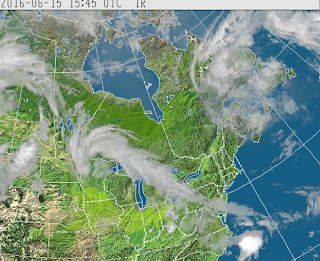 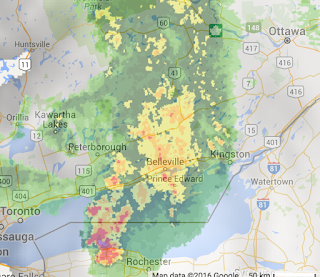 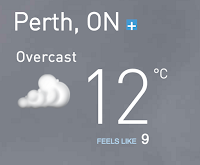 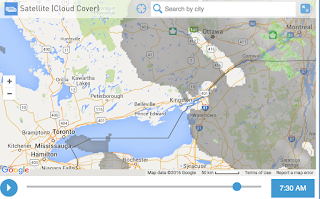 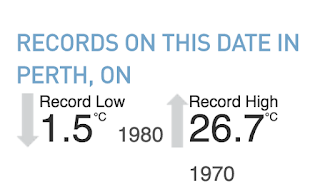 Pretty cool today. We've had a goodly amount of rain, however. 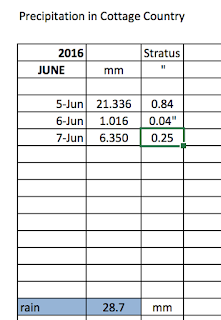 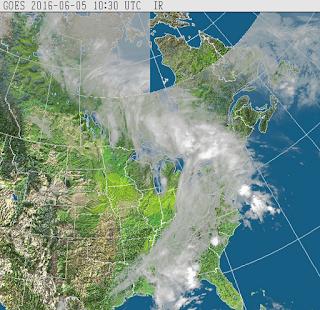 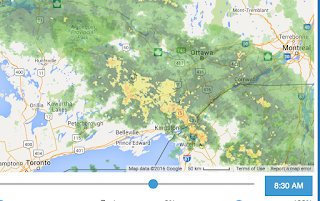 Watershed Information in Rideau Conservation
June 3, 2016 – With little effective rainfall on the Rideau watershed for the last two months, the drought status is now moderately severe. 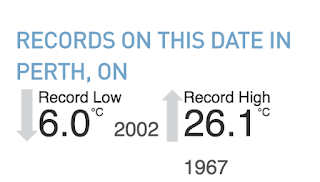 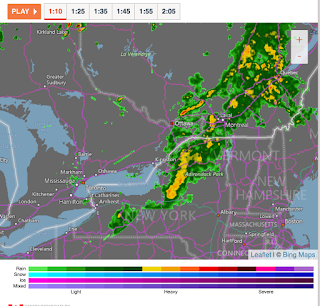 I hope June brings some rain... 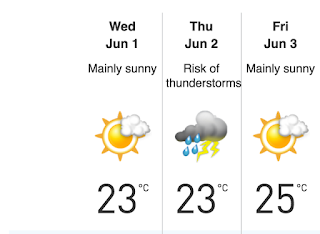 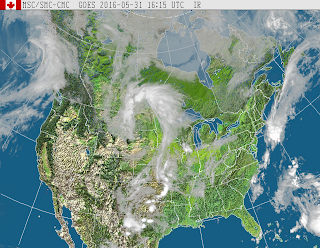 Wow - it's dry! Hope you get some rain soon.

Maybe everyone should try and do as they do in Antarctica, 2 x 2 minute showers per week!!! No car washing, no garden watering, and forget dishes and laundry!! Any woman's life would be heaps easier, Did you get to see the tennis??

We did see the tennis. Biting our knuckles for Bouchard, while the Brit commentator kept wishing the Brit would win! They used to not be biased, knowing it is an international audience!

The drought is really starting to worry me. We've never had a problem with our drilled well, but I can't help but be concerned this year. The crops all around us are way behind, and my flowers are way behind too. We got a bit of rain Wednesday but nowhere near enough, sigh. And it's only July 1st!

i'm sorry you are experiencing so much drought. hope you get the rain you so need... soon.

We do seriously need a good amount of rain.

We've had a bit lately but not enough. I see there is some in the forecast. Am I bad to wish for a nice weekend though?