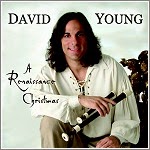 David Young is a strong musician in his own right. Having an actor son, with his BFA, I know how hard it is to go from gig to gig, show to show. How comforting it would be knowing you were getting messages from beyond? As a mother, watching my children mature and grow, you hesitate to interfere and give too much advice. Our children learn best from their mistakes, but what if you were open to messages from those you trust?

This was a self-interested book by David Young. I'd never heard of him, despite the fact that I have done a lot of guided meditation, yoga, and other spiritual explorations. His discography is amazing. He's had an up and down journey, which is true of many musicians. I found it difficult to keep reading, as his journey around the globe, creating and selling music was so different from my lifestyle. For those who do not believe in the other side, it would be a tough read. 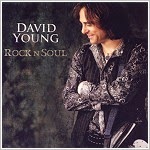 Much like in many interviews k.d. lang used to say she channelled Patsy Cline, Young feels that he has been channelling George Harrison as he was seeking spiritual support. His support didn't just come up in inspiration, but it strange coincidences and synchronicity that gave him some moral and professional guidance.I must admit to having had some messages myself. The Rollo that popped out of my pocket and rolled down the funeral home's hallway, while choosing my late father's urn. The numerous small measuring tapes that my mom and dad had squirreled away in pockets, purses, and places I'd never thought of!

I firmly believe that we can get messages from the other side. It is important to listen to these and receive them. It is a very personal journey that Young has shared. I cannot imagine that I wish this life on anyone, but his seems quite an enlightening one.

Channeling Harrison (May 2014, Rainbow Ridge)  For most musicians, selling over a million CD’s and being recognized as one of the most innovative artists in your genre would be awesome enough.

Many of us have gut instincts when it comes to decision-making.  Some of us pray for answers or turn to other forms of spiritual enlightenment for guidance.  Channeling Harrison is a true account of the ongoing and mind-blowing experiences between David Young—a multi-talented musician/producer—and former Beatle, George Harrison.

Part self-reflection, part spiritual journey, Channeling Harrison addresses many profound questions about why we are here, what happens when we die, and is there more to intuition than just our instincts?

it is just wonderful that you enjoy reading so much and that you provide these wonderful reviews!!!

the extent of my summer reading is short stories (very short) and blogs!!!

I don't think I've heard of him before.