Lyme Disease and your pets; myths vs. facts

Why should we worry about pets and ticks?

Pets can bring them into the house and they can carry Lyme Disease.
Having harvested 85+ ticks off of our cats last year, 2013, I've begun keeping track this year.

There are things you can do to prevent your animals from being infested with ticks, but, neither Revolution or Advantage (this according to this 800-number vender), the two products available for flea infestations, work on black-legged ticks, which carry Lyme Disease. Some webpages state that they work on 'ticks', but this may mean dog ticks, not the black-legged.

Both products are applied directly to the back of the neck of your pet.

Revolution is specific according to the size and whether you have a canine or feline. Revolution works on heartworm, ear mites, roundworms, heart worm, and fleas.


Advantage is a different product according to the type of pet.

What you must do, as you should do for yourself and your children, is check yourself every day for ticks during tick season.

Another problem with treating Lyme disease is that, in field studies, only 20% of dogs develop clinical signs, and 8 /10 dogs don't require treatment. For dogs that do need treatment, they usually go through a 28-day course of drugs. Also reported – vaccinations have a 92 per cent prevention rate, and that the best time to administer the vaccine is when the dog is a puppy. A recent local article about ticks, based on a lecture by a local veterinarian (Dr. Greg Stephenson, of the Blueberry Creek Veterinary Hospital, speaks out on ticks on April 22.), tells us that there are some local 'hotspots.' He has kept data about dogs he has tested for Lyme Disease.
Unfortunately, his data is doesn't possess validity or reliability, since it is limited to dogs his practice, and he (likely) has only tested dogs who appear to be sick. This is unfortunate, but testing is not cheap, I am sure. I found a tick on me, removed it before the crucial 24 hours (the time it takes for the bacterium to get from the tick gut to its host), and the health department said not to bother testing it.

This article states: " It takes about 24 hours for a tick to find a place to feed." but this isn't consistent with other reports, nor does it match what I have seen on our cats. They can be outdoors only a couple of hours, and a tick will apparently attach. You know that they are easy to spot on our white cats. Ticks seem to pick sites on our pets bodies, under its neck, or around the face or ears, where the animal cannot easily remove it.


Warnings for Flea and Tick Products

A news station in LA that did an investigative report, and the EPA is looking into flea and tick products for animals that have a pesticide known as permethrin in them, because of the high number of deaths associated with them.

Bio Spot is one of those products being looked at.

The main active ingredient in Bio Spot is a pesticide known as permethrin  (it is also found in many similar products, including Bayer's K9 Advantix and Summit VetPharm's Vectra 3D).  It kills insects by paralyzing their nervous system (that is also how nerve gas works).  However, it cannot distinguish between an insect's nervous system, a dog's nervous system, or a human's nervous system. That is why it is important to wash your hands thoroughly with soap and water after handling.

Please also post any flea product reactions onwww.hartzvictims.org (report any brand or flea/tick product) - see how to report to other agencies too. Lady who owns Tiny Timmy goes to EPA to fight for proper testing and regulations so more pets won't be harmed and killed, so may also have info on reporting.http://tinytimmy.org/

HartzVictims.org - One More Victim is One Too Many
www.hartzvictims.org
I love my animals, dearly; but I can not afford expensive medicines that Vets always recommend. Now I am constantly looking for natural products that really work with ‘No Harm’.  When I moved to the country, almost 3 years ago, I never dreamed there would be so many ticks & mosquitoes.

This diagram is misleading 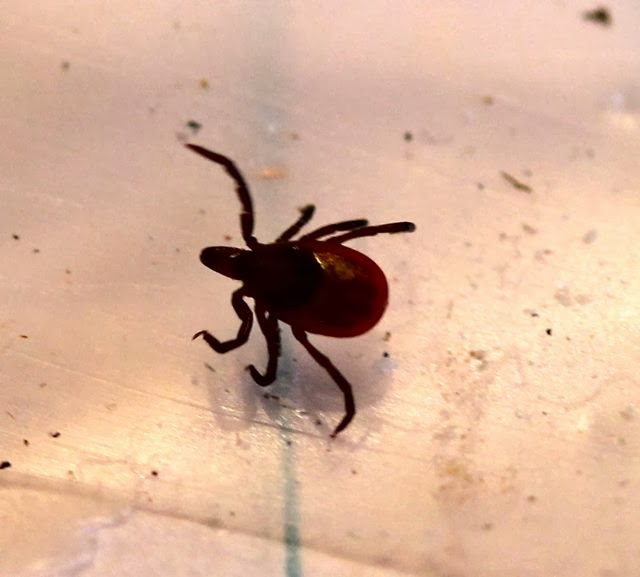 Ugh! Hate ticks, but this is great information.

I KNOW about ticks. I've even had Rocky Mountain Spotted Tick Fever when we lived in the mountains in Colorado.

Thanks for this, Jennifer. The cats don't go outside .. though one of them is kind of interested in doing so, now. But Benny could easily bring them in, I suppose.

Hari OM
This is something I need to be more aware of back here in Scotland as Lyme Disease is established here. Although not having a pet of my own at the moment - walking forest areas itself is a hazard.

Interestingly, a colleague in OZ, after looonnnnggg suffering, was finally told that there was a possibility of Lyme disease - it has not been known to be in Australia, but with world travel the way it is... sadly the info came too late for that person. YAM xx

Excellent information... and quite a pest.

Great information, stuff we all need to be aware of and remember!! Many thanks for sharing!!