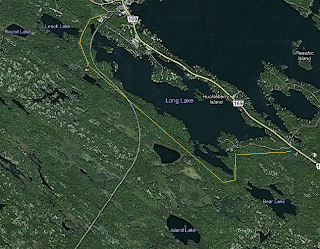 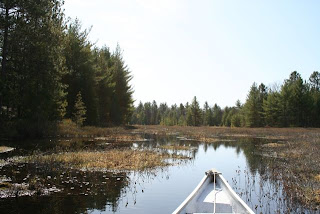 With spring creeping up the continent, and a Canadian election looming, a break is as good as a rest. 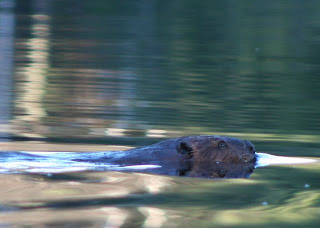 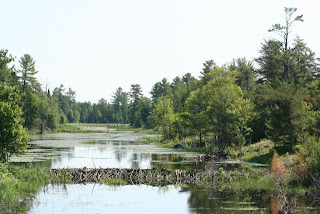 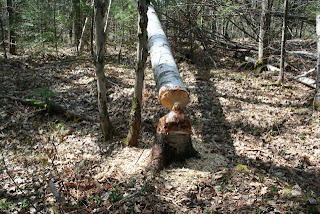 I took a canoe on the other side of Long Lake one April. The yellow line represents the long walk I took around the lake in spring. The trail is called the Oka Colonisation Trail. Now, partly, used by snowmobiles. The beaver dam is the small lake in the middle of the screen shot.


It harnesses the water above the lake, in this lake. With time, the bog that feeds this lake and the other has filled up with floating plants. You can see them in front of my canoe. Water hyacinth, floating plants, with water moving underneath.

It was a sweet trip, and one I won't make again.

The beaver dam is incredible. 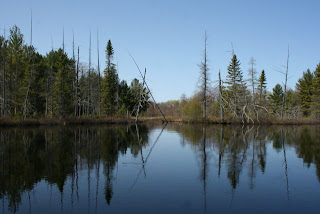 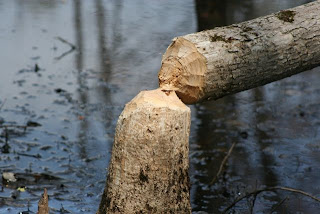 It is illegal to ruin a beaver dam. Imagine what it does to the waterway below the system. Built over many eons, you can destroy whatever lies below.

Matt, of Muskoka Lakes winery, told us a story during a winery tour/tasting of how someone upriver destroyed a dam, which resulted in his having to go out and protect his cranberries which were threatened with being flooded.

There were several beavers in this lodge in the video. They were smashing their tails in a warning. Normally they go under the water and swim away. I was threatening their dam and two left, swimming away, these two stayed put swimming back and forth.


I am hoping some bird savvy person will tell me the name of the bird singing its tune in the background.

This is just so cool. I've only seen a beaver in the very, very far distance and traces of their work. How wonderful to watch them swimming about.

Good post on wetlands. Surprised that destroying a beaver dam is illegal. Here they destroy dams whenever they like.

There are beavers active where we go camping (Vermont) in the summer--a remote resevoir in semi-wilderness. Otherwise, beavers are not well protected and are more considered pests by many in our area.

When you're here, we'll go up to visit ExcaliBEAVER in his kingdom of DAMALOT... http://bondi-resort-algonquin.blogspot.com/2010/04/excalibeaver.html

That was a neat trip. I've seen dams and lodges, but no beavers in action. - Margy

This is all just amazing! Thank for this informative post!