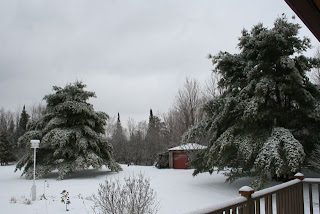 This is my world.

We survived another big dump of snow, prefaced by pouring rain in the early hours.  Snow is amazing. It now coats the frozen trees branches. Pine trees sag in the weight of these little snowflakes, building up on sad-looking trees.  The trees are quivering in the wind. The sound is like tinkling glass, as ice wrapped branches crash into one another. Shades of Ice Storm '98. My World Tuesday 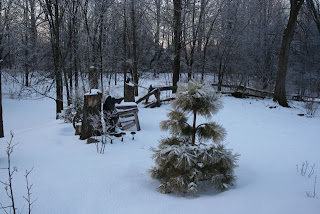 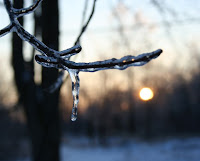 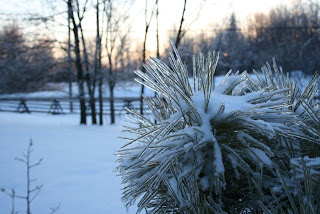 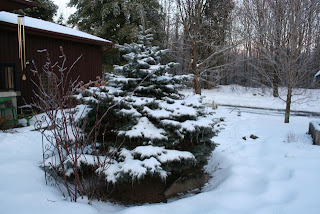 But snow can be even more dangerous.

1 body found after B.C. avalanche - and another is missing. 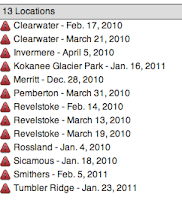 The body of one skier killed by a B.C. avalanche was found Sunday, but the search for a second was called off because of bad weather.
The avalanche struck at about 4:30 p.m. PT Saturday in what has been described as "very challenging" terrain on Tom George Mountain, part of the Howson Mountain Range, southwest of Smithers, B.C.

This past month: three deaths in one day: snowmobiles highmarking.


Between 2008 and 2010, 31 snowmobilers died in avalanches in Canada, while only 17 skiers were killed during the same time period, data from the centre based in Revelstoke, B.C., shows. 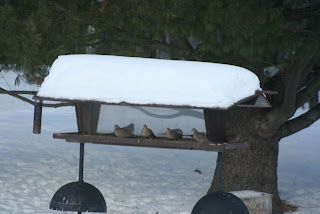 I heard you got a lot of snow!

The snow is beautiful, but it is most certainly dangerous, but it seems so many people refuse to listen or take warnings seriously and that is sad! Your shots are marvelous, but it does look COLD!! Have a great week! Stay warm!

Your snow captures are so beautiful.
I wonder, is it the sound waves the snowmobiles generate that loosens the snow to bring down the avalanches?

The snow is so beautiful to look at. I don't think I would survive if I had to get out in it! So I remain content to revel in your pictures!

You can never take too many pictures said...

Great shots Jenn, not much new snow here, just a dusting and no freezing rain. I would Love just a bit of it....for shooting with the old camera!!!!!

I used to love the sound of tinkling ice after an ice storm. The only problem was when tree branches would fall. I wishing spring for you.