Three Albertans killed in BC avalanche
BC avalanche recovers 3 bodies 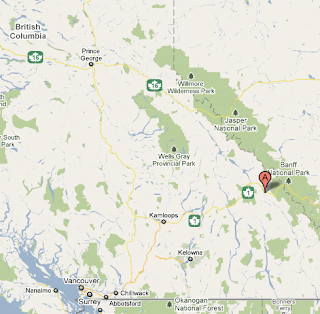 And still they die. These guys were highmarking. Four were buried, only one lived to tell the tale.


Police said the incident happened around 5 p.m. on Mount Gerald, when two men were snowmobiling with their sons in the Hope River backcountry, 70 kilometres west of Golden (A on map).


Family and friends in central Alberta are grieving the loss of three snowmobilers who died in an avalanche in BC on the weekend.
There were 24 deaths in 2008.

Avalanche deaths hold steady, despite a big rise in backwoods ...

24 Jan 2011
Snowmobile deaths are on the increase, however, says the article. Aren't these guys on sleds?!

Created on Mar 13, 2010 - Updated Mar 21, 2010
The video below shows a snowmobiler climbing a steep face in the Monashee Mountains near Valemount, B.C. The snowmobiler climbs past the high marks left by previous riders. Just after the machine reaches the top of its curve, the slope fractures and rider and machine are carried down in a very large avalanche. stated the Canadian Avalanche Centre press release.
Posted by Jenn Jilks at 09:36

I was watching this on the news last night. What are they thinking? And to take their sons to do this knowing it may cause an avalanche????

I know, Lorac. Glad my kids don't do this.
Yet, when you read the comments, some say 'it's worth it'! They are happy to die doing what they love.
As if they had nothing to contribute to the world.

This is so sad. You do have to wonder what people are thinking.

Good grief! What is the purpose? It all looks like a very foolish thing to do!