Voting, lobbying and seeking an electorate

Election fever. I'm glad our municipal election is over.

The American ads for the senate were just miserable, too, with examples of fearmongering and attack ads, which murder a candidate by rumours, innuendo and lies (e.g., "Don't let them make a mess of Washington").

As I heard from one person interviewed on CBC, what's wrong with simply telling us who you are, what you believe in, and why I should vote for you?

Some lobby groups have endeavoured to manipulate our Ontario municipal election results by creating wedge issues and lobbying for one pet cause or another.

In fact, we elect officials to provide a balanced viewpoint, to honour and respect all of the electorate and the needs of the whole municipality, not just the richest and most vocal.

Now, the Muskoka Landowners Association (landowners and loggers) has a history of political action. Refusing to allow sledders on their property, closing snowmobile trails until the municipality backed off of their tree cutting by-law restrictions. I thought we realized how much clear cutting, parcelling off land, was bad for the environment.

Another lobby group, the Muskoka Lakes Association (cottager/taxpayers), presented candidates with a series of questions. They came up with a list of candidates for whom their lobby group should vote.

The questions this association asked were shaped by their particular notions and protective policies based on their view point. 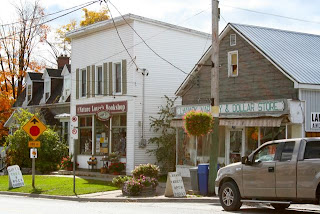 
There are many issues that impact the lives of year round residents and cottagers other than the Muskoka Lakes Association (MLA) goals. These need to be addressed by a responsible council with hopefully some experienced members.
Now that all is said and done, the MLA are not accountable nor will they take any responsibility for the outcome of this overthrow of all incumbents. Pretty sweet position, huh? 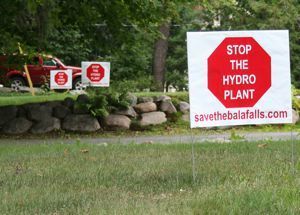 I guess the thing that really brought it home to me was a gentleman, who came into the office and was elated with the election results mentioning  that "all the candidates the MLA were in favour of in his area got in". This man went on further to say "that's as it should be" because "we pay the most taxes up here so we should have the say as to who is elected".


What a sad and ignorant statement on so many levels
Is it really the mandate of the MLA for a handful of people to place themselves in a position where these few are influencing the votes of hundreds of people???????????
~~~~~~~~
The people who live in Muskoka, year-round, those without money, power and influence are seldom heard. This is the same for Perth, our new town. It was the officers who retired on half pay and were granted 600 acres, the others worked their smaller acreages on land grants.


The arrogance and self-entitlement of those with land and trees to burn, revolts me. This is the reason why there are small towns, with little economic independence: clear-cutting, and the raping of the land we now call Ontario, in the 1800s. We need politicians who have a broader understanding of what it means to be a responsible citizen.

I have written about Muskoka housing. It is the same for all rural towns. The economic downturn hit many hard.

In the spring of 2009, vacancy rates for Muskoka were 2.8%. Industry standards say that 3% is considered a “healthy” vacancy rate. There are approximately 450 households waiting for rent-geared-to income housing in Muskoka.

I volunteered as the Habitat Build. We need, as Habitat says, to give them a hand up, not a hand out. 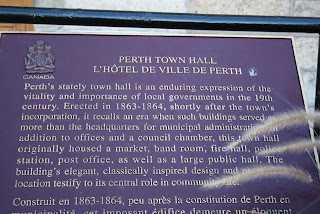 Pretty sad state of affairs, isn't it? Lobby groups are a terrible way to run a municipality.
That said, we had 2 incumbents here in Perth. One, when questioned told me there weren't any issues of concern. In fact, lack of communication is what a newcomer told me is a major issue.
Posted by Jenn Jilks at 09:47