Jenny & Joey's trip through the jungle 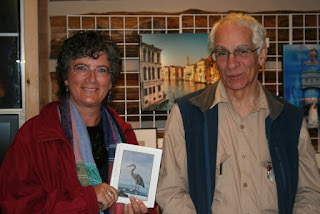 We took off on the grand local artisan's tour. I wanted to cocoon and work on unpacking boxes and hanging some pictures. I think I inherited my mother's tendencies to just hunker down at the house.

Joey wanted to go on the road. I decided he was probably right.

I did a quick workout and we hopped into the car.

Our first stop was uneventful. I bought a few postcards, with photos by an anthropologist who is able to travel.

My favourite blue heron featured in a postcard shot south of the equator. 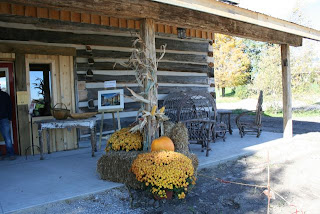 How civilized. A lovely showroom.

Off we went, Joey driving (praise be!). We missed the lovely short cut from Regional Rd. #10 to highway #7. I saw a road on the map and thought it would be a quick turn through to the main highway. Not so. 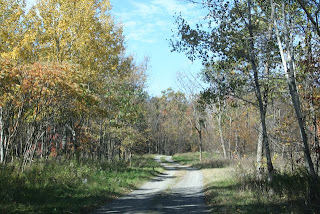 We left Regional Rd. #10 to drive on Cedar Bridge Rd., it looked promising. A huge shortcut up to the highway. It looked good in the beginning. Several pretty homes.


Yes, there were a lot of lakes, but a lot of swamps, too.

But then the road deteriorated. There were a few potholes.

Then a few more.

We rather sunk in up to the gunwales in potholes.
We drove through places where the swamp would have dominated except that gravel had been dropped.

Now, I've driven the Gargantua Road (video proof!). It's not for chumps.

That road has rocks that appear in the middle of the road and you have to drive around them.
The sand simply erodes into the bush.


But, back to Lanark County. To our left (the west side of the road) was a lot of lake. Then the same was true of the east side.

Then we looked ahead. There appeared to be some water on the road. You were never really sure how deep was the potholes filled with water. 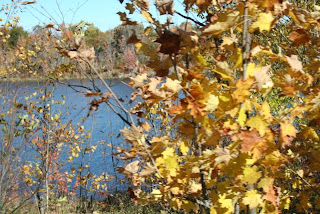 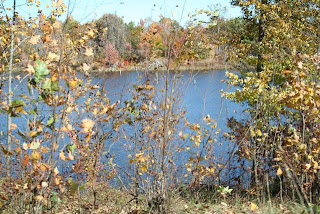 It was the drive from h3ll. Really glad our Subaru has high clearance. We bought it knowing we were going to live in Muskoka with lots of snow.

We couldn't go back. It was a long drive. How much worse could it be? What a drive.

Fortunately, we bought a Subaru Forester, and were interested in the ground clearance (8.9 inches; 230 mm) as Muskoka has a lot of snow.


We spotted only two cars on this road.
It changed from Cedar Bridge Road to a road with 10 km / hr. signs.

As if we were going that fast ever!


By the time we made it out to the other side, I was sweating and glad hubby was driving. He doesn't really like driving, but what a road.

On the other side of the road from h3ll there was a sign leading in, from another county, saying, "This road not maintained year-round."

Expeditions, dinners, outside work! You have been very busy. Looks like you are settling in!

It's true @Lorac! And my girls are visiting tomorrow. So much fun.

Hi Jenn -- we've never been in your part of Canada, but we've been on that road! I swear we have! Bill is great at finding those kind of places! It does look beautiful .... and if you're posting, that must mean you made it out! Hooray!

(One time, we had a pickup camper and we broke every dish we had with us going down a road like that.)