We cottaged 50 years in Muskoka. Moving to South eastern Ontario in 2010. 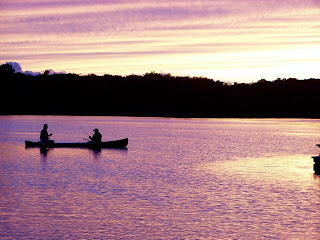 Numerous city folks refer to us as if we were a town, and this demands clarification. There is only one Muskoka, it is not: 'The Muskokas'.

Muskoka is could be named for Mesqua Ukie, the Ojibwa leader associated with the area during the 1800's. It was then the hunting grounds of a band led by Chief Yellowhead or Mesqua Ukie.  There is a Yellowhead institute.


About Chief Yellowhead William Yellowhead (1760-1865), known as Misko Aki or “Red Earth”, was an Anishinaabe leader in what is now Southern Ontario. His traditional territory stretched from East Toronto, through Lake Simcoe, and to hunting grounds in Muskoka, Ontario (the township is named after Yellowhead).

Yellowhead led his people through some of the most oppressive periods of British colonization. This included being at the first reserve experiment in Canada and subject to numerous fraudulent land surrenders.

It is a region, and includes the Township of Muskoka Lakes. 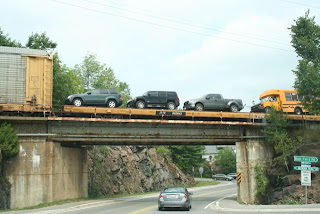 The District Municipality of Muskoka was established in 1971. We have 57, 563 residents (StatCan, 2006), with that 20, 658 summer homes, increasing our population to about 130,000 in the summer. From its glory days of logging precious little remains. Most buildings were made of wood in the early years (late 1800s) and most have burned at least once since those wood stove days. 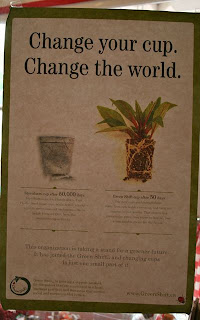 The District Corporation forms the upper tier of a two-tier system of local government. This tier system confuses many who live in a city, as they are more familiar with the political process involving the usual three: Municipality (town, village, city) | Province | Federal Governments.


Each layer of government has different responsibilities. This extra layer is disconcerting as various stakeholders want to have input.


Values clash in many provinces  between residents, large landowners, First Nations, seasonal tourists, hunters, business owners, Cottager or Ratepayer Associations, and it is important that we respect the needs of all to preserve our beautiful place.


Levels of Canadian Government, a learning activity I created with students:


The District is responsible for local work such as signage, water and sewer, garbage collection, local planning, economic development, community service, lake and forest health through by-laws.
The Muskoka Ratepayers Association tells us that 50% of our property taxes go to the District, while the townships work with 14% of our taxes. 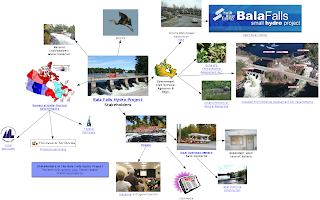 Nice photos and more info about Muskoka in place than I thought I'd ever find!
Looking forward to the Muskoka Buildings video you mentioned on Ed's blog..

A very interesting post Jenn. Congrats on your 500th!

thanks for the information about your area! I'm reading a novel based in around that area - Jane Urquart's Map of Glass. Excellent novel.

What a comprehensive description of the area in which you live. It will be great for people not familiar with the area to see exactly where you are and how things operate there.

Powell River also has a Regional District governance model. We used to be a municipality but a few years ago became an official "city." Nothing much has changed (as far as I can see) except for the name. The Regional District has elected members from each region and also representatives from the city government. Right now there is a bit of confusion about who is responsible for sewage treatment upgrades. New councillors sometimes make public statements about what they want to do when it is the Regional District that's legally in charge. So even if you are in the middle of government it isn't easy to understand I guess. - Margy

I think our many layers of government are confusing to outsiders so this explanation ought to help.

My town, East Gwillimbury, hardly ever shows up on maps. But Holland Landing, River Drive Park, Sharon, Mount Albert and Queensville often are. And they are called, get this, "communities." No, not villages or hamlets, but "communities."

How are you doing with your moving plans?

Pretty busy, hence the revised post! The kids are here, with their two children, and we interred my parents in the cemetery. My brother popped in from B.C. and we had some good times. But there is a reason 54-year-olds do not have a 2 ½ year old and a 3-month-old full time!
With 4 adults we are exhausted in a happy way: catching frogs, watching ducks...!