Sir John A. Macdonald in Kingston 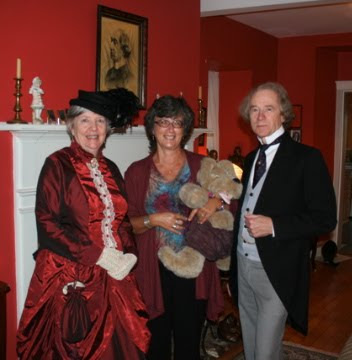 The Ottawa River Parkway has been renamed to honour Canada’s first prime minister, Sir John A.
I looked for a stuffed toy to take with us on our visit to Ottawa/Kingston/Port Hope, and all of them were made in China, except for Sir John.
We met Brian Porter, who portrays Sir John for the Kingston Historical Society!

Yes, I have met him, Sir John. But I have also named my authentic Muskoka puppet after him, after the suggestion of my family friend, Donna, and a great afternoon at her Kingston Museum. A home where Sir John A. lived for four years. 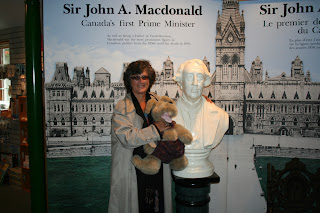 We met impersonator, Brian Porter, a Brockville teacher who has spent time recreating this historical character. He bears a startling likeness! 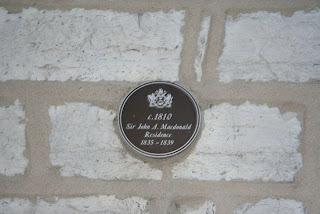 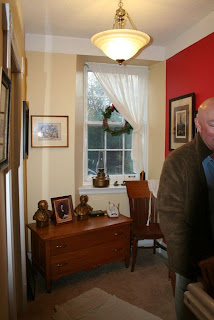 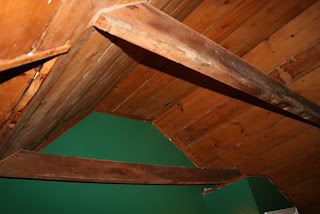 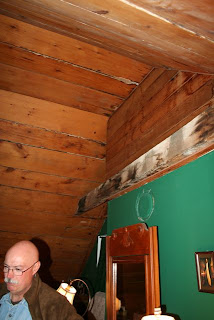 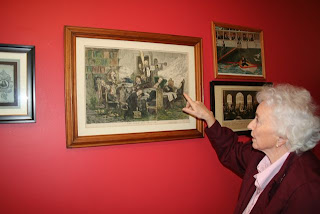 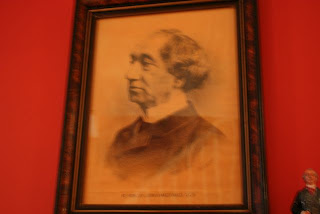 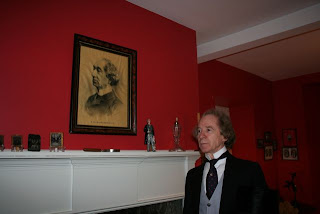 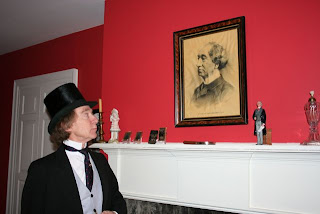 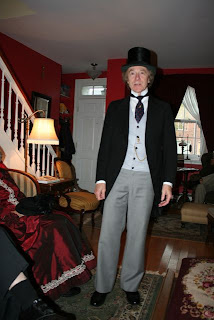 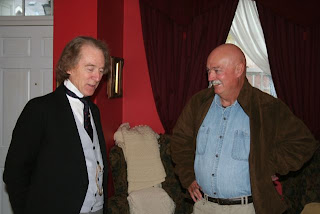 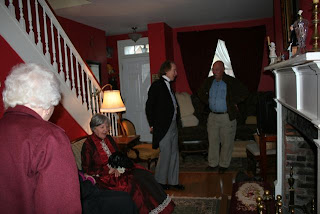 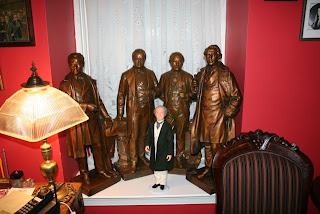 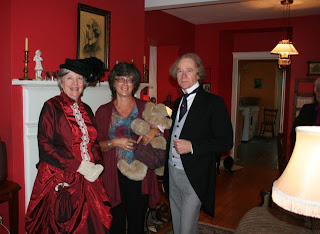 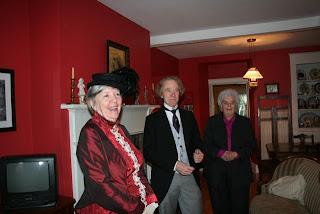 So glad you had a good trip, and that you told us all about it!!

Looks like a great trip. I love Ottawa. I used to go there quite a bit and to D'arcy McGee's!The best though, is seeing the grand kids!

Sir John is one well traveled, well loved, and well behaved bear. He is probably house broken also and safe for the Grand Kids.

How could Josephine not fall for such a handsome bloke as Sir John. What a fun adventure you are on. Love your flower wear. Enjoy.

Me again. I received a "best blogger" award that I passed on to you.

Yogi! You're a sweetie!

When I first saw your picures on Facebook I thought it looked familiar. My daughter is going to school at Queen's. Kingston certainly has a special feel/look to it. Great city. Sounds like you had a great trip....One day I will be able to travel in the fall....