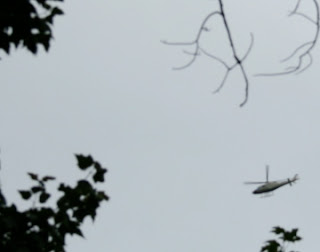 Sirens have been wailing again.

After a man drowned Friday, another three are missing and presumed drowned on August 2nd.

OPP officials say that they received the distress call for the missing swimmers at around 1:30 p.m. in Moon River Falls near MacTier, about 25 km west of Lake Muskoka.

These foolish visitors from the GTA were cottaging at the , when they travelled by boat earlier in the day to the Moon River Falls. 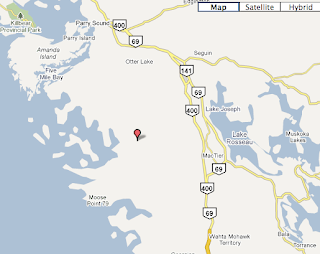 Several were injured, two nearly drowned, when they went swimming in the falls in pools form between the higher and lower falls. They say that the water is 9 feet higher than normal what with the July rains we have been getting from the Lake Effect winds and moisture. They were airlifted to the Parry Sound Hospital. But, three did not survive an afternoon swim in high currents in a pooled area. The water is very high. The Bala Falls is moving quite quickly.

Can you imagine the impact of near-by civilians who tried to assist with the search of the water? What shock and horror they must have felt.

A search for the missing swimmers was begun by the OPP Underwater Search and Recovery Unit and the OPP helicopter. They had to stop searching due to the high waters.
You can see from satellite photos that the waters, scoured by ancient glaciers, has much water that collects and flow quickly into Georgian Bay.

The Winnipeg Free Press says, "The Ministry of Natural Resources and Ontario Hydro are shutting off the water flow upstream, but it could take more than 24 hours for torrents of water to stop pouring over the f 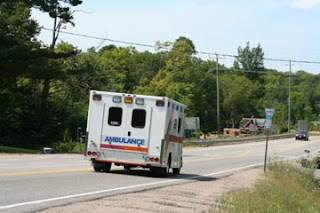 alls because the dam is kilometres away."Despite Police reminding the public to exercise caution around waterfalls and encourage that they are best enjoyed from a safe distance. No names are being released pending identification of those involved and notification of next of kin. The investigation by 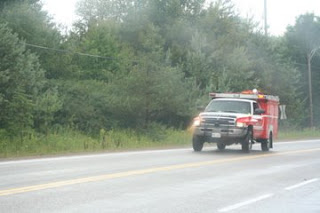 So sad - for the ones who lost their lives prematurely, their families, and as you say the nearby residents who must be shaken when they learn of it. Then too there are the first responders - they have to absorb so much psychic trauma.

Caution seems to be a quality we develop with time. The young do not yet understand they really are mortal.