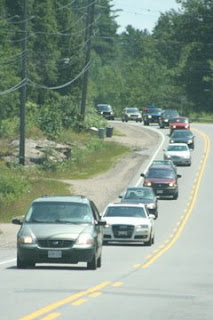 A devastating long w/e for accidents. Three drowned Aug. 2, while swimming in a dangerous area between two falls.

There was a death on Friday night. The boat operator struck a wave and he drowned after being ejected from the boat.

Much of the weekend we heard sirens. Our EMS crews were kept busy in Muskoka.

There is danger everywhere. When you hear a siren, pull over.
There has been lots of traffic in Muskoka. The stores were crowded and parking difficult to find. We try to stay away from town on the w/e! Sometimes you just have to go and get milk, though! 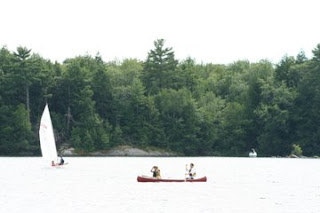 We have had cloudy mornings and sunny afternoons, with thunderstorms or rain later in the day. This means that people get out on the lake at the same time.

I wrote last year about how the drownings continue. There were 9 in Summer, 2008.

And two dead after a float

Jack Lawrence, 75, and his girlfriend died Monday when their Cessna crashed near Torrance, Ont.
"The Cessna 206 float plane crashed in a heavily wooded area at around 3:30 p.m. near Neals Rd., in the village of Torrance near Lake Muskoka, said OPP Sgt. Matt Hanes."

I have been blogging about safety as people are simply not getting the message.

With high waters, lots of boat traffic on the lake, people see the sun come out in the afternoon, and there is a dangerous situation. It is getting more and more crowded, with traffic on the roads as heavy as in the air and 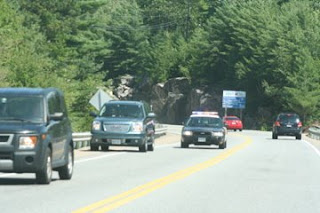 on the water. I can't wait to see what happens when the G8 comes to Huntsville!

Two dead after Muskoka plane crash‎ -
The Toronto Star reports that the OPP, and volunteer firefighters came to the scene of a small airplane crash in Muskoka. The crash caused a fire, as well as the deaths of the driver and passenger. We passed the OPP car rushing on its way to the scene. We need to remind people to pull over when they hear First Responders on their way to such accidents. Time is of the essence. 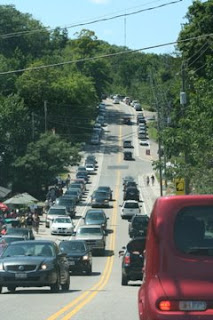 It is highly dangerous, with planes coming and going all the time. When you consider the bad drivers out there, how many have difficulties piloting a plane in heavy winds, over wave-frothed lakes, sudden gusts of wind, with boaters zipping around?

We have people boating quite madly around the lake. 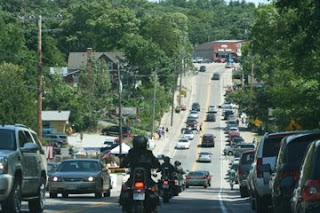 I'm so sorry the news coming out of Muskoka is so sad. It's hard to believe that so many accidents happened over one weekend. I sure hope nothing comes of the current thunderstorm watch!

I am always amazed when I hear people swim in these areas. Pretty to look at and that is all! I feel so sad when I hear of the deaths, drownings in the summer months. I am really strict with my family and the rules of the waterways and the roads! We just had a marvelous safe weekend at the cottage. One does not have to break the rules to enjoy!

Remember when being a MOTORIST was a noble thing with responsabilities? Same thing with pilots. Used to be challenging and worthy of attention and respect. Now drivers think it's all a video game. Once someone gets hurt they suddenly UNDERSTAND and make speeches about it.

Bummer news. I swear some people get out on the water and leave their brains on the dock.

It is so sad to here about the senseless deaths that occur in cottage country each year. I know this area of the Moon River well and was always afraid of these falls. My first year in Canada my aunt rented a cottage in Bala and a little fella (12) drowned at the falls and I never forgot it. Oh and the photos of the traffic, I bet you can hardly wait for Thanksgiving Weekend or at least Labour Day when the traffic and idiots return home.
Our aganst out here is the wildfires...no deaths I am aware of but such fear and anxiety.
Have a great week Jenn.
Blessings and smiles