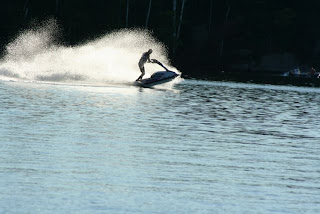 Drowning is something that affects of of society. EMS crews and Volunteer Services were called for 9 drownings last summer, 2008. This year (2009) we are up to 11.

In an interesting post on Parry Sound paper, 2009:
Mandatory life-jackets? parrysound.com
"The deaths — one in Huntsville and the other following a Lake Muskoka boat crash — have also prompted calls from police and safety groups for mandatory life jackets."
Many drownings related to alcohol, study says
July 8, 2009 - by Evan French

"A pair of newly released drowning trend reports, compiling 10 years of research by the Canadian Red Cross, show that boating fatalities make up 39 per cent of drowning victims, and alcohol is a factor in about half of the cases."

Drowning in Seguin Township
"Pat Gaughan was on a fishing vacation with his family at a cottage in Seguin Township last week when they began to hear people screaming sometime."
Shortly after midnight, a young man drowned after going out in a canoe with another young man. August 20, 2009.
~~~~~~~~~~
Post of August 9, 2009:
And in Arrowhead Provincial Park, north of Huntsville.
Reported in The Star:
A man drowned after a canoe tipped in Arrowhead Provincial Park at 1 a.m. today – bringing the death toll on Ontario waterways to eight in just over a week.
~~~~~~~~~~~~~

One man is in hospital on life support as of Sat. night, Aug. 8, 2009, after a high speed boat flipped near Walker's Point. He was rescued by people in the area, EMS was there in minutes, resuscitated and sent to hospital. He had on a life jacket, the the high speed rendered it useless.

Wed., August 5, 2009
A 9-year old was at the Bala Falls swimming with family.The father passed away at the scene trying to save her. The brother of the deceased passed away the following Friday, after be resuscitated in the hospital.
~~~~~~~~~ 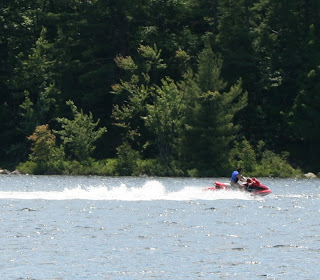 
Be careful out there


Members of Bracebridge OPP Marine Unit and the OPP Underwater Search and Recovery Unit located the missing man in .
Deceased is a 46 year old John-Paul Farrell of .
~~~~~~~~~~
In March we lost a mother and daughter through the ice while on ATVs on the ice.
Bodies recovered from Muskoka lake
15 Mar 2009 ... Police have recovered the bodies of a mother and daughter from the cold waters of Lake Rosseau in Muskoka Lakes Township.


Fishing: the cause of more deaths
14 May 2009
In the decade from 1991-2000, there were 5,900 water-related deaths  in Canada; of that total, 889 died fishing. More fishers drown than swimmers. And more fishers die than power boaters, canoeists, scuba divers, sailors and kayakers combined.